WINTER COUNTS, by David Heska Wanbli Weiden. (Ecco, $27.99.) Justice is hard to come by on the Rosebud Indian Reservation in South Dakota, so Virgil Wounded Horse — the hero of this gritty, gripping thriller — dispenses it on a freelance basis. Weiden is from a branch of the Lakota tribe himself, and his book relies on deep research into its history and traditions. “In the grand tradition of trouble-seeking, down-at-the-heels private eyes with strong moral codes, Virgil must confront many obstacles at once,” Sarah Lyall writes in a roundup of recent thrillers. “‘Winter Counts’ is written with a light touch and a good deal of humor.”

THE BOY IN THE FIELD, by Margot Livesey. (HarperCollins, $26.99.) In Livesey’s exquisite new novel, three siblings on their way home from school find a boy who has been attacked and left for dead in a field. This discovery leads to a mystery that will change the lives of all involved. “Livesey’s writing is quiet, observant and beautifully efficient — there’s not an extra word or scene in the entire book — and yet simultaneously so cinematic, you can hear the orchestral soundtrack as you tear through the pages,” Jenny Rosenstrach writes in her review.

REAGANLAND: America’s Right Turn, 1976-1980, by Rick Perlstein. (Simon & Schuster, $40.) More than a book about Ronald Reagan, the conclusion of Perlstein’s four-volume saga on the rise of conservatism in America is absorbing political and social history, with sharp insights into the human quirks and foibles that were so much a part of the late 1970s. “In this description, the former movie actor turned politician is intensely human, and capable of empathy, or at least shame,” Evan Thomas writes in his review. “‘Reaganland’ is full of portents for the current day.”

PAYBACK, by Mary Gordon. (Pantheon, $27.95.) What if we pursued vigilante justice on reality TV? Mary Gordon considers this question — and our retributive impulse — in her morally complex novel about a long-ago crime and the modern-day television host determined to seek vengeance for it. “Gordon isn’t, strictly speaking, a naturalistic or realistic novelist, but rather a moralist, by which I don’t mean moralistic,” Francine Prose writes in her review. “Since her marvelous first novel … she’s concerned herself with questions of ethics, belief, responsibility, devotion, obligation. What do human beings owe one another and how can we know what is the right thing to do?”

WANDERING IN STRANGE LANDS: A Daughter of the Great Migration Reclaims Her Roots, by Morgan Jerkins. (Harper/HarperCollins, $27.99.) This quintessentially American story — tracing the author’s heritage through enslavement, emancipation, multiculturalism and migration — is a mesmerizing reminder that the divide between Black and white is a false binary. “Jerkins makes plain that denying space for Black identities in history is itself a legacy as American as its original sins of racism and enslavement,” our reviewer, Afua Hirsch, writes. “By exploring the truth of that past with such integrity, this memoir enriches our future.” 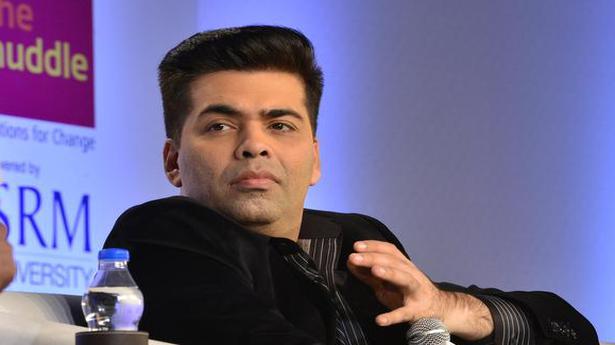 Three Decades After His Coup, Sudan’s Former Ruler Is Held to Account