“In the raging battle between the president and the media, I often felt like I was on the front lines in no-man’s land,” Sarah Huckabee Sanders writes in her memoir, “Speaking for Myself,” which comes out on Tuesday. “In one of my first briefings in my new role, I noted that I was the first mom to ever hold the job of White House press secretary, and said to my daughter, Scarlett, ‘Don’t listen to the critics. Fulfill your potential, because in America you still can.’”

“Speaking for Myself” details how she came to heed her own advice when “nothing was off-limits to the angriest Trump haters: my character, my weight and appearance, even my fitness to be a mother.” Sanders sometimes takes a granular approach — sharing the logistics of a prank she pulled along with fellow seniors at Central High School in Little Rock, Ark., or describing chandeliers in the Arkansas governor’s mansion, the back dining room off the Oval Office and at the Riyadh Ritz. Elsewhere, she writes about a wink from Kim Jong-un, the leader of North Korea, and family visits to the White House, where the president once dropped “an explosive f-bomb” in front of her daughter.

Sanders briefly mentions several issues that roiled the United States during her time in the Trump administration: health care, the travel ban, race relations, mass shootings and family separation. Some only appear in the text of a satirical poem, written and read by Greg Clugston of Standard Radio at a holiday lunch hosted by White House correspondents in 2017. For example: “In Charlottesville we witnessed long-simmering divides, / Trump drew fire citing ‘fine people on both sides.’”

Here is what readers will learn from “Speaking for Myself.”

Sanders describes how she felt when she was mocked by the comedian Michelle Wolf at the 2018 White House Correspondents Dinner and again the following summer, when she was asked to leave the Red Hen restaurant in Alexandria, Va. (In the six pages she devotes to this episode, Sanders never provides context for the ousting, which occurred in the midst of a national reckoning about the ethics of separating children from their parents at the border.)

Sanders also writes about examples of repudiation closer to home. Her husband was kicked out of his fantasy football league, “not because he worked for President Trump but because I did.” One morning as Sanders walked her three-year-old to class, another mother told her she was an awful human being and spat on the windshield of her car.

“The hardest part of my job was realizing that my kids might not be safe anymore,” she writes. She stopped sending her children to birthday parties and became the first person in her role to receive Secret Service protection.

This mother of three has struggled with postpartum depression.

Sanders opens up about difficult times after the birth of her daughter and older son: “Women can be our own worst enemies,” she writes. “Being a new mom is tough, and spending your time nursing — isolated and lonely — looking at image after image of ‘perfect’ moms on social media can drive even the best mom crazy.”

New employees at the White House make mistakes too.

On her first full day at 1600 Pennsylvania Avenue, Sanders pulled her GMC Yukon through the 17th Street entrance, went through multiple checkpoints and was surprised to find parking at the entrance to the West Wing. She writes, “I didn’t want to overdo it and take the spot closest to the door so naturally I took I took the spot second closest. But as I unpacked boxes and moved into my office, I received a call from the Secret Service notifying me to move my car because the vice president was en route to the White House and I was in his space. A great start to my first full day on the job!”

She can talk her way out of a speeding ticket.

When her father, Mike Huckabee, was running for president in 2008, Sanders worked on his campaign. She writes, “In Houston during a rally, I drove to a famous pie shop and ordered 30 pies for our staff and volunteers. I picked up the pies, but needed to quickly get back to the campaign bus, or I would miss my ride to the airport to fly out with my dad to the next rally. I was driving way too fast and got pulled over. The police officer approached the car, and I said, ‘Officer, please forgive me. This is a rental car. I have no driver’s license or insurance on me, but I do have thirty pies that I need to get to Governor Mike Huckabee and Chuck Norris right away.’ The story was so preposterous the officer let me go without a ticket and gave me an escort back to the rally site in exchange for a picture with my dad and Chuck.”

Sanders has some thoughts about the press …

In her final months at the White House, Sanders stopped holding press briefings. She writes: “Many in the press didn’t like to admit it, but we were regularly accessible to take their questions during my time in the White House.” And: “There are hundreds of reporters around the world who had my direct cell or email or could simply knock on the door of my office in the West Wing, so the notion that we weren’t accessible to the press is absurd.”

Sanders pushes for a separation between news and opinion in her book: “You shouldn’t be able to tell what a reporter’s point of view is. Their reporting should give the facts, not their opinion, and let you decide.”

… and she remains loyal to her old boss.

Sanders acknowledges that the president “isn’t perfect” and “isn’t always easy,” but, she writes, “A second term for President Trump would be better for all Americans than the Democratic alternative.”

Mr. Trump called Sanders at night and on weekends and occasionally registered disapproval when she ended press briefings with “Thanks, guys.” (He said, “‘I don’t like the word ‘guys.’ It might even be offensive to some women.’”)

But the two are still friendly today. At the end of “Speaking for Myself,” after hinting that she might like to be governor of Arkansas, Sanders recalls the president’s two separate promises to endorse her if she runs.

‘Into the Wild’ Bus Removed From Alaska Backcountry

Duch, Prison Chief Who Slaughtered for the Khmer Rouge, Is Dead at 77 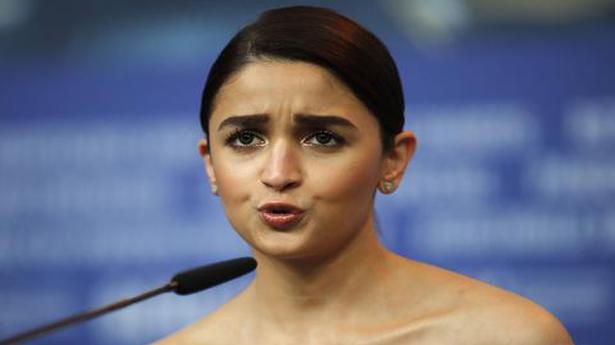 ‘Movies are the glue that binds us’: Alia Bhatt on being invited to join Academy of Motion Picture Arts and Sciences

Abortion Rises as a Pivotal Issue for At-Risk Senate Republicans

Designing Doesn’t Stop, Even When Stage Shows Do