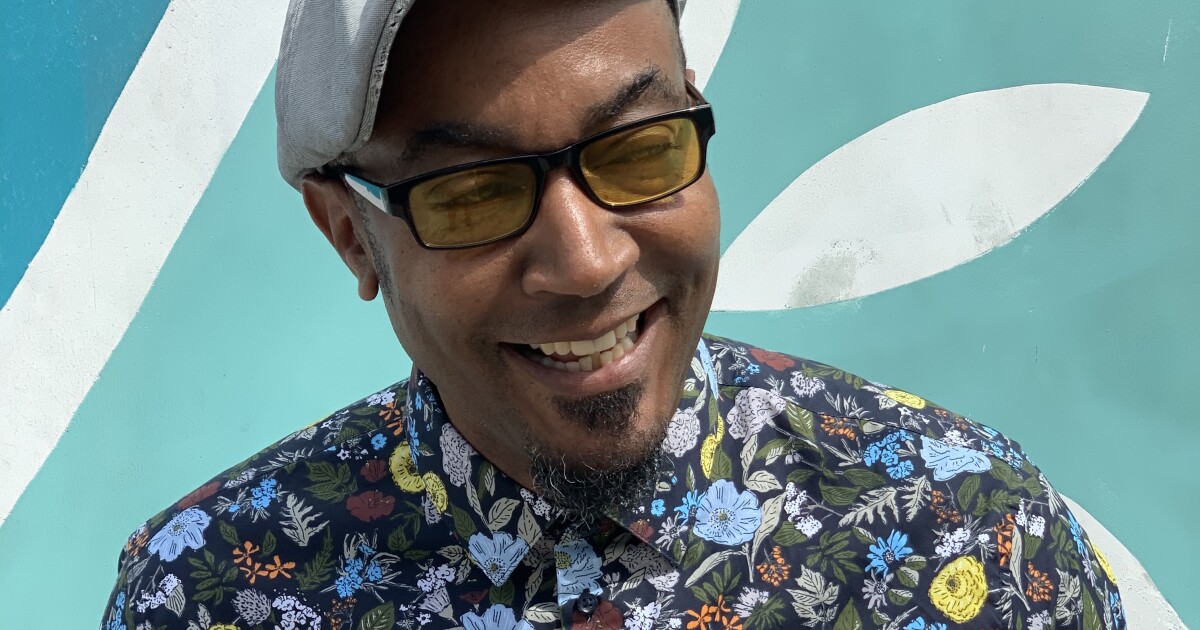 Early in the first episode of Hulu’s “Woke,” cartoonist Keef Knight insists that neither he nor his comic strip about breakfast foods is controversial.

“Why is it that us people of color are always having to stand for something or say something in our work?” Keef (Lamorne Morris) asks Ayana (Sasheer Zamata), a journalist who believes his art speaks truth to power. “I’m just a cartoonist.”

But things change after a violent encounter with police officers who surround him with guns drawn, mistaking him for a mugger. The incident triggers Keef’s political awakening — spurred by visions involving inanimate objects that talk to him about gentrification, colonization and more — which is chronicled in the eight-episode first season.

“The show is an extension of my sensibilities and my comics,” said cocreator Keith Knight, a Harvey Award-winning cartoonist known for “The K Chronicles,” “(th)ink” and “The Knight Life” whose life and work is the inspiration for the comedy series. “I love addressing complex issues with metaphor and with humor, trying to distill it down in simple ways so people can understand it in a way that they may not have understood it before.”

Knight, now based in North Carolina, explained that he moved from San Francisco to Los Angeles in hopes of developing his autobiographical comic strips into a television show years ago, after he “watched [his] industry sort of implode.”

“With the rise of the internet and the loss of newspaper ad revenue, I was getting dropped from papers because they just didn’t have the money and space anymore,” he said.

After making some industry contacts (including “NCIS: Los Angeles’” Eric Christian Olsen, whose father advocated for the show), he eventually connected with Marshall Todd, with whom he created “Woke.”

According to Knight, Keef’s run-in with police is based on actual events: Both he and Todd have personally experienced being profiled by police, Marshall during the 2013 Christopher Dorner manhunt in Los Angeles and Knight while he was hanging posters for his band while living in San Francisco.

“We just examined that aspect and [thought], ‘What if this triggers something in the character that makes him start being woke?’” said Knight. “What would be a way to show a cartoonist becoming woke? What if inanimate objects became animated and started telling him about the world? We just went from that.”

The magical realism allows “Woke” to be grounded but whimsical. Or, as Knight describes his approach to his comics, it lets the show “make people laugh before punching them in the face” with serious topics.

“Woke” touches upon police brutality and systemic racism — issues that have driven nationwide protests since the killing of George Floyd in May — and also navigates broader themes of appropriation, tokenism, art and identity.

“When everything started to go down during the summer with the protests … it was kind of wild,” said Knight of seeing the world “catch up” in awareness about these subjects. Because unlike his fictional counterpart, Knight’s comic strips have long addressed more political issues.

Knight credits his American literature instructor from his junior year in college for inspiring his approach to his art, which has been praised for being both accessible and subversive.

He was “my first Black teacher,” said Knight. “He assigned us Richard Wright, Ralph Ellison, James Baldwin and Maya Angelou. And when someone said, ‘Why are you giving us all Black writers?’ he said, ‘I’m giving you all American writers.’ That blew my mind.”

“I just love the fact that this guy was working within the system yet subverting the system,” said Knight. “So I’ve always tried to work that way. From that point on, instead of my stuff just being about keg parties, it was starting to be more about what it’s like to be Black in America.”

As a show more about Keef’s specific journey and experiences, “Woke” is similarly accessible. And according to Knight, “You can be woke about anything.”

“I think being woke is about just coming to a new understanding about something,” said Knight. The show’s title is a recognition that the word itself is complicated.

“There was no way we’re going to call the show ‘Woke’ and have it as, like, this serious show,” said Knight. “We’re sort of making fun of the aspect of it because no one can be 100% woke, there’s too many contradictions about being woke. It can be a burden if you’re known as ‘the super woke person.’ It can drive one crazy. That’s the way we approach it. Nothing is straight black and white.”

And that’s why Keef, his roommate Clovis (T. Murph) and even Ayana have different perspectives on and approaches to being woke.

Knight also believes the show would have been timely whether it premiered 10 years ago or 10 years in the future.

“Racism and police brutality [are] evergreen,” said Knight. “I think this is a moment where a lot of people are just starting to understand the systemic racism that’s going on here. But I think for some places, it’s just a fad. It’s in right now. So, ‘Let’s post our Black Lives Matter avatar, but let’s not do any real work,’ you know. I’m hoping that we’re moving forward. But it’s not hard to be cynical about it.”

He believes it’s important for decision makers at Hollywood studios to reflect the diversity of the television and moviegoing audience, but he didn’t approach “Woke” as a “thing that’s gonna change anything.”

Knight remains focused on creating works that he himself would want to read or watch. And, similar to the autobiographical “K Chronicles,” which he launched in the early 1990s, it was important that “Woke” be something he could relate to because he doesn’t see other stories that reflect people like him and his friends: “We just want people to laugh and we want people to think and consider the situations that these folks find themselves in.”

Rating: TV-MA (may be unsuitable for children under the age of 17)

Realme Narzo 10A to Go on Sale Today at 12 Noon via Flipkart, Realme.com