The crisis facing the nation’s most populous state is more than just an accumulation of individual catastrophes. It’s also an example of something climate experts have long worried about, but which few expected to see so soon: a cascade effect, in which a series of disasters overlap, triggering or amplifying each other.

“You’re toppling dominoes in ways that Americans haven’t imagined,” said Roy Wright, who directed resilience programs for the Federal Emergency Management Agency until 2018 and grew up in Vacaville, Calif., near one of this year’s largest fires so far. “It’s apocalyptic.”

The state’s simultaneous crises illustrate how the ripple effect works. A scorching summer led to dry conditions never before experienced. That aridity helped make the season’s wildfires the biggest ever recorded. Six of the 20 largest wildfires in California history have occurred this year.

If climate change was a somewhat abstract notion a decade ago, today it is all too real for Californians. The intensely hot wildfires are not only chasing thousands of people from their homes but causing dangerous chemicals to leach into drinking water. Excessive heat warnings and suffocating smoky air have threatened the health of people already struggling during the pandemic. And the threat of more wildfires has led insurance companies to cancel homeowner policies and the state’s main utility to shut off power to tens of thousands of people preemptively.

“If you are in denial about climate change, come to California,” Gov. Gavin Newsom said last month.

The sentiment could apply to the entire West Coast this week, to Washington and Oregon, where towns were decimated by infernos as firefighters were stretched to their limits.

Officials have worried about cascading disasters. They just didn’t think they would start so soon.

“We used to worry about one natural hazard at a time,” said Alice Hill, a senior fellow at the Council on Foreign Relations who oversaw resilience planning on the National Security Council during the Obama administration. “The acceleration of climate impacts has happened faster than even we anticipated.”

Climate scientists say the mechanism driving the wildfire crisis is straightforward: human behavior, chiefly the burning of fossil fuels like coal and oil, has released greenhouse gases that increase temperatures, desiccating forests and priming them to burn.

Mark Harvey, who was senior director for resilience at the National Security Council until January, said the government has struggled to prepare for situations like what’s happening in California.

“The government does a very, very bad job looking at cascading scenarios,” Mr. Harvey said. “Most of our systems are built to handle one problem at a time.”

In some ways, this year’s wildfires in California have been decades in the making. A prolonged drought that ended in 2017 was a major reason for the death of 163 million trees in California forests over the past decade, according to the U.S. Forest Service. One of the fastest moving fires this year ravaged the forests that had the highest concentration of dead trees, south of Yosemite National Park.

Further north, the Bear Fire became the 10th largest in California history — burning through an astonishing 230,000 acres in one 24-hour period.

“It’s really shocking to see the number of fast moving, extremely large and destructive fires simultaneously burning,” said Daniel Swain, a climate scientist in the Institute of the Environment and Sustainability at the University of California, Los Angeles. “I’ve spoken to maybe two dozen fire and climate experts over the last 48 hours and pretty much everyone is at a loss of words. There’s certainly been nothing in living memory on this scale.”

While the state mobilizes to deal with the immediate threats, the fires will also leave the state with difficult and costly longer-term problems, everything from the effects of smoke inhalation to damaged drinking water systems.

Wildfire smoke can in the worst cases be deadly, especially among older people. Studies have shown that when waves of smoke hit, the rate of hospitalizations rises, and patients experience respiratory problems, heart attacks and strokes.

The coronavirus pandemic adds a new layer of risk to an already perilous situation. The Centers for Disease Control and Prevention has issued statements warning that people with COVID-19 are at increased risk from wildfire smoke during the pandemic.

“The longer we have bad air in California, the more we’ll be concerned about adverse health effects,” said John Balmes, a spokesman for the American Lung Association and a professor of medicine at University of California, San Francisco.

As for drinking water, scientists have known for years that runoff from burned homes can put harmful chemicals into ground water and reservoirs. But research in the aftermath of the 2017 wildfires in wine country north of San Francisco and the 2018 fire that destroyed the town of Paradise in the foothills of the Sierra discovered a different threat: benzene and other dangerous contaminants were found inside water systems, possibly from heat-damaged plastics in the water infrastructure.

“Communities need to recognize this vulnerability,” said Andrew J. Whelton, a professor in environmental engineering at Purdue University, a co-author of a study on water contamination in Paradise.

“Dangerous chemicals can leach from inside water systems for months after a fire.”

Before now, many Californians assumed it would be an earthquake that might knock out their power, damage their homes and render their neighborhoods uninhabitable.

Susan Luten, a retired lawyer in Oakland, Calif., lives near the Hayward fault, an area that seismologists warn is due for a major earthquake. But it is the threat of fire that prompted her and her husband to put their go bags by the door — shoes, a change of clothes, flashlights, whistles, medications, small bills and duct tape.

“We have a rope inside the house in case we have to escape down the steep hillside on foot rather than by driving a car,” Ms. Luten said. Her husband studied Google maps for escape routes.

The whiplash of the multiple crises in California has played out in their living room.

“Two days ago we were roasting inside with the windows closed in a heat wave to avoid heavy smoke,” Ms. Luten said.

“Today we are cool, but unable to see across the street,” she said on Wednesday, when the entire San Francisco Bay Area was shrouded in a faint orange glow, the sun obscured by massive columns of smoke in the atmosphere. “Combine all of this with a pandemic and political menace and it’s hard not to think we are unwitting bit players in some sort of end-of-days movie.”

Emily Szasz, a graduate art history student from Santa Cruz, says she feels like she’s in a strange, unfamiliar land.

“I feel as though I’m somewhere I’ve never been before,” Ms. Szasz said. “There were wildfires occasionally throughout my life here, which would be quickly fought and contained. Never do I remember 23 straight days of orange, oppressive, smoky skies, leaving my house in fear that I’d never return to it, or knowing someone whose home burned down in the mountains near my house.”

Several years ago, as a student at the University of California, Berkeley, a professor explained that California and the West were likely to experience the effects of climate change sooner than the rest of the country, Ms. Szasz said. The words now resonate with her.

“There is no greater proof, nor should we require it, that climate change is here and is changing our lives,” Ms. Szasz said of the wildfires. “I am only 25 years old and I do not know what future there is for me, let alone my potential children and grandchildren.”

Even after this year’s fires are put out, their ripple effects will keep spreading, creating economic shocks — in the insurance industry and with the state’s power grid, to name two examples — well beyond the physical and health damage of the disasters themselves.

This summer millions of Californians’ homes went dark for an hour or more as the smothering summer heat threatened to overload the grid.

Those blackouts are separate from the pre-emptive shut-offs carried out by California utilities in an effort to prevent their equipment from sparking wildfires. This week, PG&E turned off power to about 170,000 customers — a continuation of a program launched last year of massive power shut-offs.

In the insurance industry, years of heavy losses have pushed companies to pull back from fire-prone areas, in what state officials call a crisis of its own. A lack of affordable insurance threatens to devastate housing markets, by making homes less valuable and harder to sell.

Rex Frazier, president of the Personal Insurance Federation of California, which represents insurers, said the industry is now waiting to see how big this year’s losses are, and what the state does next.

“We have to use it as a clarion call,” said Mr. Wright, the former FEMA official who is now president of the Insurance Institute for Business & Home Safety, an industry-funded group that looks at how to reduce damage from disasters. “What we can’t do is simply cover our ears, hunker down and go, ‘I just want this to go away.’”

Philip B. Duffy, a climate scientist who is president of the Woodwell Climate Research Center, says many people do not understand the dynamics of a warming world.

“People are always asking, ‘Is this the new normal?” he said. “I always say no. It’s going to get worse.”

‘Hercules’ Live-Action Remake Is Happening, And Fans Can’t Get A Grip, Girl

Migrants Adrift Off Malta Called for Help. Then They Waited. And Waited. 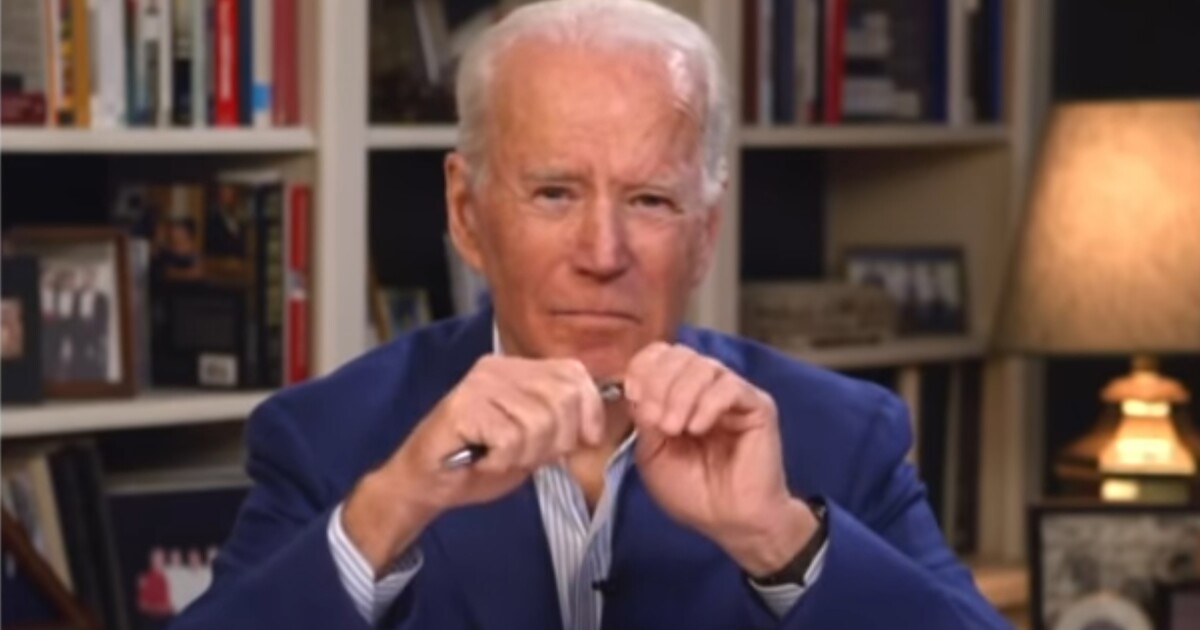 Homes That Sold for Around $1 Million

Florian Schneider’s 10 Essential Songs, in Kraftwerk and Beyond

This day in sports: Dodgers come out swinging in return from strike