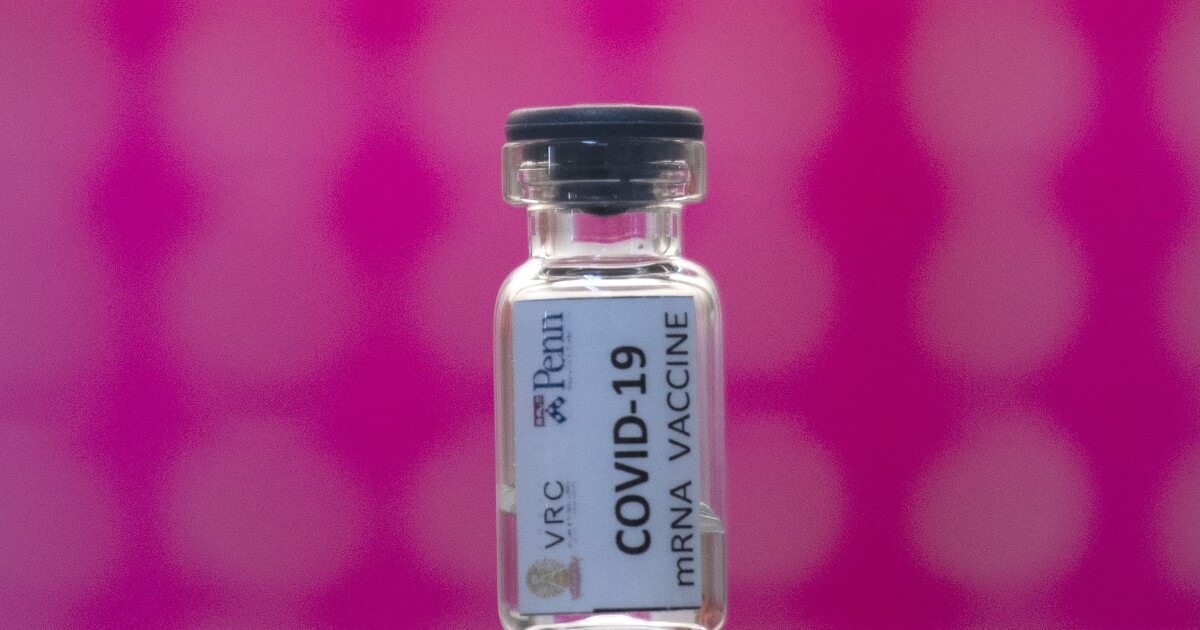 If you were counting on a coronavirus infection to keep you safe from COVID-19 without having to get a vaccine, scientists have some bad news: It won’t work.

The evidence for this comes from a Nevada man who was infected with two distinct versions of the novel coronavirus and became sick with COVID-19 both times. In fact, he was sicker the second time around and had to be admitted to a hospital so that doctors could give him extra oxygen to help him breathe.

The unidentified patient is the first confirmed case in North America of a person being reinfected with the virus known as SARS-CoV-2, according to a report published Monday in the medical journal Lancet Infectious Diseases.

At first glance, the Nevada man wouldn’t seem to be a likely candidate for a case of COVID-19, let alone two. He was young — only 25 — and had no history of underlying medical conditions that would increase his risk of illness, the report authors wrote. He wasn’t taking any drugs that could have suppressed his immune system. Blood tests showed he was HIV-negative, and his cell counts all appeared normal, they added.

But on March 25, he started coming down with an ominous list of symptoms: sore throat, cough, headache, nausea and diarrhea. By April 18, they’d become bad enough that he went to a coronavirus testing center run by the Washoe County Health District. Workers obtained a specimen from the back of his nasal cavity. Sure enough, it contained genetic evidence of SARS-CoV-2.

The man recovered in isolation at home, and his symptoms cleared up nine days later. Two follow-up tests, on May 9 and May 26, confirmed he was negative for coronavirus infection.

That should have been the end of the story. But on May 28, he started to feel sick again.

By May 31, he went to an urgent care center complaining of a fever, headache, dizziness, cough, nausea and diarrhea. He got a chest X-ray and was sent home.

On June 5, he was having trouble breathing, and his body wasn’t getting enough oxygen to his tissues. He went to see his primary care doctor, who sent him to a hospital. Another chest X-ray indicated he had pneumonia, and he was admitted and treated with supplemental oxygen.

Once again, a nasopharyngeal coronavirus test came back positive.

Was it the same case of COVID-19, or did he have the disease twice?

Repeat coronavirus infections are thought to be rare, but they have been confirmed in patients in Hong Kong, Belgium and Ecuador. A team led by biostatistician Richard Tillett of the Nevada Institute of Personalized Medicine went to great lengths to see whether the Washoe County patient should be added to that list.

Still, to cover all their bases, the team conducted a genetic analysis of the specimens tested on April 18 and June 5. Both were found to be in the same group, or clade, that was primarily found in North America.

Could the virus that infected him in April have remained in his body and mutated so much over the next 48 days that it acquired all those changes by the time he was tested in June? That is extremely unlikely, the researchers wrote.

For that to happen, this coronavirus would need to accumulate about 84 changes per year. That rate “greatly exceeds” the actual rate of about 23 changes per year, they said. And not only would the virus’ RNA have had to change at record speed, but some of the changes that had cropped up by April would have had to revert back to the original by June.

“The odds of this reversion occurring are remote,” they added.

The researchers conducted other tests to determine whether the two coronavirus samples were from different patients but had accidentally been attributed to the same man. They determined that the chances of that were about 1 in 53,000,000,000,000,000,000,000,000.

The results of all this testing make clear that fighting off a COVID-19 infection isn’t necessarily enough to make someone immune to the coronavirus going forward, Tillett and his colleagues wrote.

What’s particularly worrisome about the Nevada man’s case is that he was sicker the second time around, Akiko Iwasaki, an expert on viral immunity at Yale, wrote in a commentary that accompanied the Lancet Infectious Diseases report. That’s a clear sign that COVID-19 survivors can’t count on being protected if they meet the coronavirus again.

Some people — including Dr. Scott Atlas, a neuroradiologist who serves on the White House coronavirus task force — have argued that instead of using shutdown measures to contain the virus, we should allow it to spread so that people can build up natural immunity. Vaccine skeptics in particular have embraced this approach, in some cases trying to infect themselves deliberately in a strategy reminiscent of the chicken pox parties of yore.

Experts estimate that when 70% to 80% of the population is immune, the virus will have such a hard time finding new targets to infect that herd immunity will be established and the pandemic will be over. But the new report shows that natural infections won’t be enough to get us there, Iwasaki wrote.

“Reinfection cases tell us that we cannot rely on immunity acquired by natural infection to confer herd immunity; not only is this strategy lethal for many but also it is not effective,” she wrote. “Herd immunity requires safe and effective vaccines and robust vaccination implementation.”

The good news is that even though a person can be infected by two versions of SARS-CoV-2, it doesn’t mean we’ll need separate vaccines for every one that’s out there. At this point, there’s no evidence that the Nevada patient got sick a second time because the coronavirus had learned to evade his immune system’s defenses, Iwasaki wrote.

“For now, one vaccine will be sufficient to confer protection against all circulating viruses,” she wrote.

7.5 million small businesses are at risk of closing, report finds

A Mother Takes Readers on a Journey With Her Autistic Son