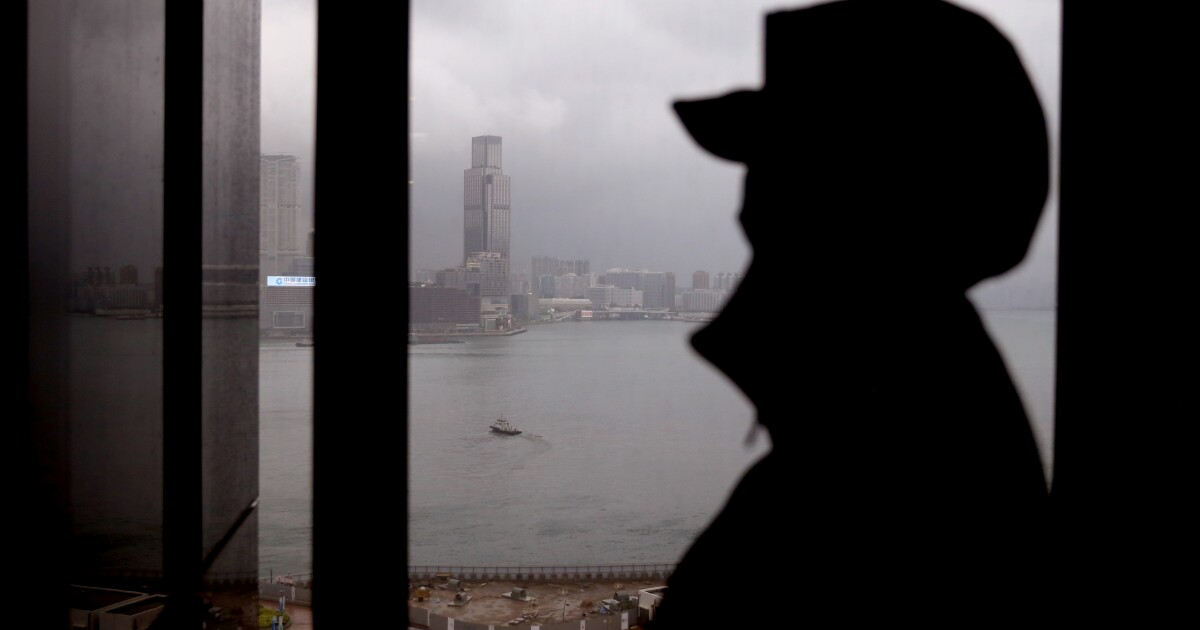 The young woman keeps two timers on her phone: one counting down until her anniversary with her boyfriend, the other tracking how many days it has been since he vanished at sea.

She’d noticed him acting strange in days before Aug. 23: tense and withdrawn, but abruptly telling her, “Take care” and that she was loved.

They had gotten together in December after he was bailed out of detention, one of more than 10,000 Hong Kong people who’ve been arrested since last year in relation for mass protests against increasing Chinese control over the semi-autonomous territory. He’d become constantly on guard after that, afraid of being locked up again.

Then he disappeared. For three days, his girlfriend and family had no information of his whereabouts. They worried he’d been kidnapped or even killed. Word came on Aug. 26: The Chinese coast guard had stopped a boat reportedly headed toward Taiwan and taken 12 Hong Kongers on board into detention. They would be held in mainland China, not their home city.

“He is trapped in another hell,” said the girlfriend, who spoke on condition of using only her first name, Alice, and withholding her boyfriend’s name for fear of retribution under a new national security law recently imposed on Hong Kong to silence dissent as China tightens its hold on the former British colony.

A month has passed since the “Hong Kong 12,” as they have been nicknamed in the city, were detained for alleged illegal border crossing in Shenzhen, Guangdong province, just over an hour’s drive from Hong Kong but a world away in terms of legal protections.

Their case is a nightmare for 12 families now living the very scenario that brought millions of protesters into Hong Kong’s streets last year: being subjected to the mainland Chinese justice system, where the law enforces political authority rather than upholding individuals’ rights.

The Hong Kong families have attempted to hire mainland Chinese lawyers to defend the 12 — 11 men and one woman — who range in age from 16 to 33 and include at least one foreign national, a 19-year-old with Portuguese citizenship, according to local reports.

None of the mainland lawyers representing the 12 have been granted access to their clients, according to two of the lawyers hired by the families and activists working with them. The lawyers have been followed, harassed, warned by security officials to drop the case, and told at the Shenzhen detention center that the 12 had separately hired their own attorneys from a government-provided list.

“My son would definitely not do that,” said the mother of one of the detainees, 29-year-old Li Tsz-yin, at a news conference two weeks ago. The family members spoke wearing sunglasses, masks and hats, with jackets zipped up to conceal their faces.

Li’s son didn’t know anyone in mainland China and wouldn’t have chosen a Chinese lawyer on his own, she said, her voice shaking.

“The [government] departments are kicking us around like a rubber ball,” said the wife of Wong Wai-yin, another detainee. Authorities had told the Hong Kong lawyer she hired that he should drop the case, she said, while various government departments directed her to call different numbers about seeing her husband, all to no avail.

“I keep dreaming of him shaved bald, in prison clothes with an overgrown beard, his face entirely helpless,” she said. “I can’t see any hope.”

The case has further strained relations between Beijing and Washington. U.S. State Department spokeswoman Morgan Ortagus wrote on Twitter earlier this month that “the arrest of the 12 Hong Kong democracy activists is a sad example of the deterioration of human rights in Hong Kong.”

Chinese Ministry of Foreign Affairs spokeswoman Hua Chunying said the 12 were “not democratic activists, but elements attempting to separate Hong Kong from China” — a claim that appeared to raise the 12 Hong Kongers’ current charges of illegal border crossing to the more serious charge of separatism.

One of the 12, 30-year-old programmer Andy Li, had been arrested under the national security law in August. He helped arrange a delegation of foreign observers’ to visit Hong Kong during local elections last year. He was charged with collusion with foreign forces and money laundering.

“It is pure anguish to not know what Andy is going through right now,” his family wrote in a statement. He must have fled Hong Kong because he believed he would not receive fair trial under the new national security law, they wrote — and now he was in an even worse situation.

Most of the 12 Hong Kongers had not told their families of their plans to flee, according to local reports.

Cheng Tsz-Ho, 18, bade goodbye to his father at dawn, telling him he was going fishing.

Li Tsz-yin, 29, had suddenly asked his mother to take a selfie together a few days before the trip.

Cheung Ming-yu, 20, had stayed up the night before playing video games, waiting until his family fell asleep.

Liu Tsz-man, who was less than a week from turning 18, had fought repeatedly with his father over Hong Kong politics. But he’d called his older brother days before leaving and asked him to care for their dad.

Across the border, the lawyers hired by the Hong Kong families have been rebuffed on repeated attempts to meet the detainees. One of the lawyers spoke with The Times via an encrypted messaging app while on a train to Shenzhen. He couldn’t call because two plainclothes men, one policeman and one state security agent, had been following him since he left home, he said.

He had also been called in by the local justice bureau, state security department, and lawyers’ association after his first trip to Shenzhen. Some had warned him to drop the case and others to stop speaking with media. He said officials “reminded me that it will be ‘detrimental’ to me if I continue,” he said.

Another of the family lawyers, Lu Siwei, said he had made several visits and been denied access for bureaucratic reasons, including claims about missing documents or that the detainees had chosen other representation.

“As lawyers, we have signed a contract, so we must continue,” he said. “They are my clients. I must try to secure their rights. It’s that simple.”

The Hong Kong detainees can be held up to 37 days — until Sept. 30. Then officials can either send them into the normal criminal court process, place them under “residential surveillance in a designated location” — a form of incommunicado detention without trial for up to six months — or release them on bail, said Leo Lan, a researcher for the Network of Chinese Human Rights Defenders, a China-focused human rights coalition.

People held in residential surveillance are vulnerable to confession through torture, Lan said. In China, human rights lawyers have often been subjected to such arbitrary detention.

The Hong Kongers will likely remain detained without access to a lawyer of their own choice, which means their trial — if there is one at all — will be a “farce,” Lan said.

That’s common in mainland China, where “suspects have no right to silence, bail is the exception rather than the rule, judges are controlled by the Party and required to cooperate with the procuratorate and the police to secure a conviction,” said Maya Wang, a researcher for Human Rights Watch.

One indication of the difference between China’s and Hong Kong’s legal systems is the conviction rate, Wang said: “In Hong Kong, the rate ranges from 57% to 68%; in the mainland, it’s 99.9%.”

“The Chinese government is using their case to set an example, to scare off other Hong Kongers who take part in protests,” Lan said.

Alice spends her days waiting for news. She had never met her boyfriend’s parents before he was taken to China. He often fought with them over politics, the son filled with conviction to fight for Hong Kong, the parents terrified for his safety.

Now his mother calls Alice every day. She blames herself for not stopping her son. She feels helpless. She wonders whether speaking out helps or hurts.

On the streets, activists sometimes set up stalls for sending postcards to the detainees in Shenzhen. Some passersby scribble cartoons of the Mid-Autumn Festival — Oct. 1 this year — when families are supposed to reunite.

“All of Hong Kong is waiting for you,” they write.

Alice keeps a diary for her boyfriend. She counts the days until they are reunited. She has mailed a few postcards to him. But no one knows where they go.

‘It’s insane’: This is what happened when schools reopened in a virus-hit community.

The Aces Got to the Top With Physical Play. What Happened? 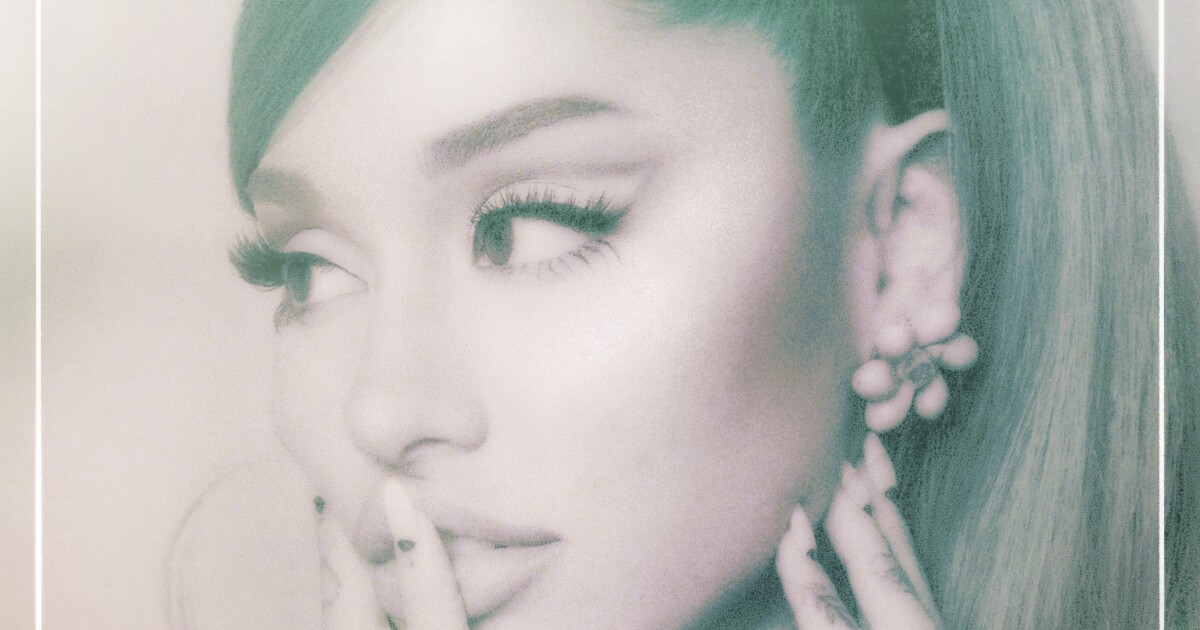 What’s Ariana Grande been up to? Having tons of quar sex and making a great album about it