At the moment, Truvada and Descovy, made by Gilead Sciences, are the only drugs approved by the Food and Drug Administration for prevention of H.I.V. infection, a strategy called PrEP. Gilead has heavily been criticized for setting a high price for the pills.

Additional options for prevention are sorely needed, to say nothing of a cure. About 1.7 million people became infected with H.I.V. in 2019, bringing the global total to 38 million.

Many people are unable or unwilling to take a daily pill to prevent H.I.V. infection, particularly in low-income countries where the coronavirus pandemic is disrupting services and access to antiretroviral drugs.

“It’s exciting to have another pharma company in the PrEP mix,” she added. “This will create competition and ideally drives costs down.”

The findings were presented at the AIDS 2020 conference, held virtually this year because of the pandemic.

“Long-acting injectable injectables could be an appealing new option,” said Dr. Monica Gandhi, a researcher at the University of California, San Francisco and an organizer of the conference. “I think it’s very exciting.”

The randomized, double-blind trial was conducted by Viiv Healthcare, maker of the injectable drug, called cabotegravir. The trial included nearly 4,600 cisgender men and transgender women who have sex with men and was conducted at 43 sites in seven countries.

Each of the participants got a shot every two months, either cabotegravir or a placebo. Each participant also took either Truvada or a placebo pill every day. (A separate study of cisgender women in sub-Saharan Africa was designed at the same time, but it has taken longer to enroll participants.)

The trial was expected to continue well into 2022, but it was stopped in May after an interim analysis showed that cabotegravir was highly effective.

In the final analysis, 13 participants who got the injections every eight weeks were infected with H.I.V., compared with 39 who were infected among those who took the daily pill. The shot was 66 percent more effective than Truvada.

In a subset of 372 people receiving Truvada, blood tests showed that just 75 percent faithfully took the pills. The injection proved more effective than the pills for these participants, too.

Even before the pandemic, some clinicians were concerned about how they could accommodate patients who might need shots every two months. Doctors at Dr. Gandhi’s clinic in San Francisco have considered quick appointments just for the shot, perhaps delivered in a pharmacy, from a mobile van or in a parking lot.

She and other experts praised ViiV Healthcare for testing the injectable in a diverse set of participants. Most H.I.V. trials have primarily enrolled older white gay men, who often join to gain access to new drugs.

“That was a very unfair moment in history,” Dr. Gandhi said. “I think that was a failure on the H.I.V. community’s part and F.D.A.’s part that we would ever have a two-tiered system.”

For its trial, Viiv Healthcare mandated that at least half of the participants were Black men who have sex with men, the group most severely affected by H.I.V. in the United States. “That makes this the largest interventional study” in this population, said Dr. Kimberly Smith, head of research and development at Viiv.

Two-thirds of the participants were under 30 years of age, and 12 percent were transgender women. The drug is not yet being tested in transgender men, according to the company.

Dr. Smith said the company expected to file for F.D.A. approval in early 2021.

Truvada is expected to be available in generic form next year, Dr. Walensky said, and Viiv Healthcare should set a low price for cabotegravir, because the competitors will be increasingly inexpensive: “I would say the competition here is generic Truvada, not branded Truvada.”

A Land Art Pioneer’s Adventures in Time and Space Coronavirus: Germany’s Bundesliga to resume behind closed doors on 16 May 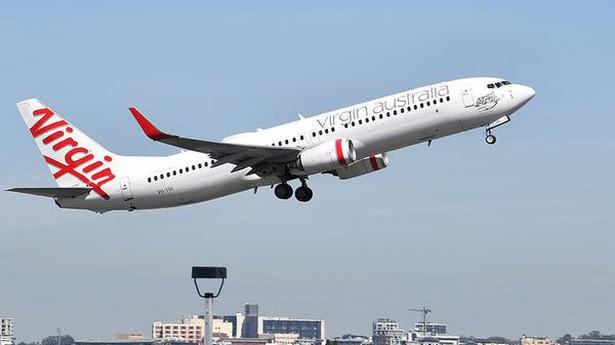