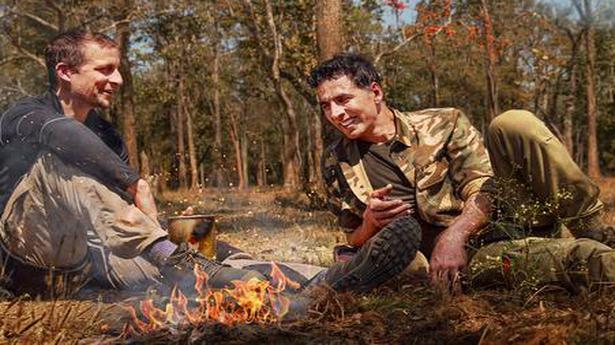 Akshay Kumar has revealed that he didn’t find ‘elephant dung’ tea too bad after Bear Grylls urged him to try some during their adventure on ‘Into The Wild with Bear Grylls and Akshay Kumar’, that was filmed across Bandipur Tiger Reserve situated in the state of Karnataka.

On the episode, the Bollywood star was surprised when Bear Grylls claimed to be making tea out of elephant dung. “Can we drink it?” he asks incredulously. While it seemed undesirable at first, on tasting the elephant poop tea for the first time, Akshay seemed to be surprised by the fact that he actually liked it as he exclaimed, “That’s really nice.”

Later, during an Instagram session with his Bell Bottom star Huma Qureshi and Grylls to promote their adventure, Akshay was asked how he convinced himself to drink the unique tea. He replied, “I was too excited to be worried; in fact, I drink cow urine because of Ayurvedic reasons every day, so that was okay!”

If someone asked me to give up my fame, I would give it right away: Virat Kohli

Konrad Steffen, Who Sounded Alarm on Greenland Ice, Dies at 68