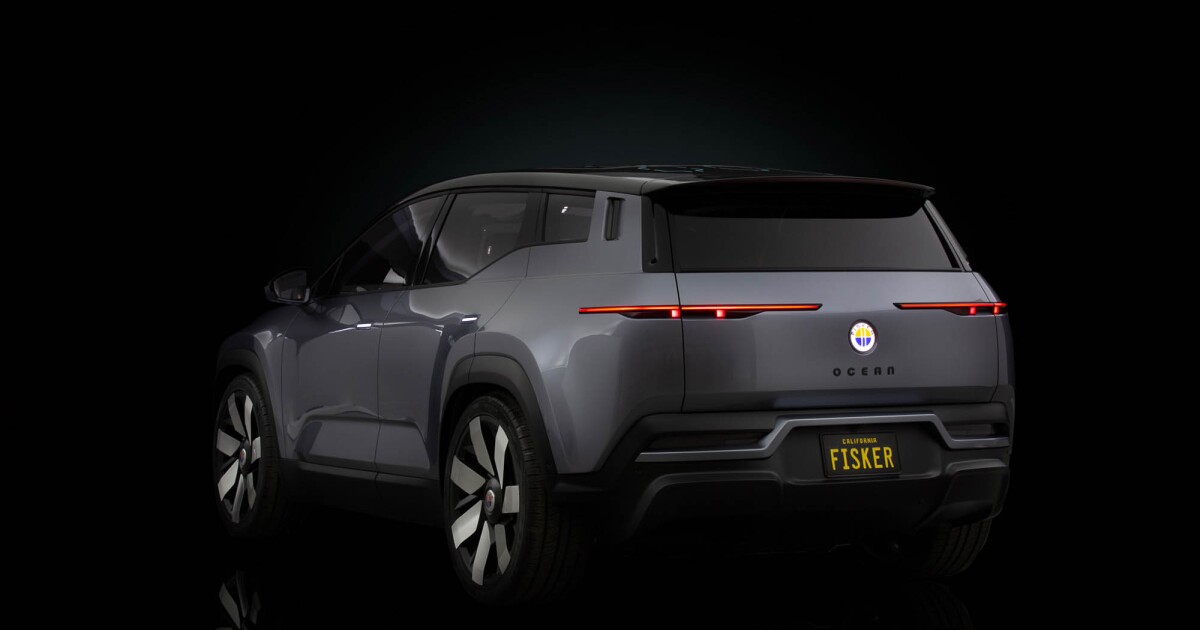 In 2015, Henrik Fisker rested alone on a Malibu beach, contemplating the sunset. His start-up electric car company, Fisker Automotive, had gone bust, but he was determined to try again. The new company would be called, simply, Fisker.

Inspired by the sun, the sky, the ocean waves, he opened his sketchpad. The Denmark native, long in love with Southern California, drew a circle and divided it horizontally. The top, orange, the bottom, blue. Two vertical lines would stand for the designer’s pen and the engineer’s ruler.

He thought to himself, he said in an interview with The Times, “We’re going to take a step further than everyone out there trying to make electric cars.”

You may say he’s a dreamer — and many have. But with stocks on a rocket ride and traders in a frenzy to get in on the electrified future, Fisker, based in Los Angeles, is poised to raise billions to try to make its namesake’s visions real.

The immediate object of his desire — and, he hopes, the desire of hundreds of thousands of others — is the Fisker Ocean, a battery-powered compact SUV that will seek to distinguish itself in a soon-to-be-crowded field. It’s due out in 2022.

Fisker is counting on a California-inspired environmental ethos to set the Ocean apart. A “vegan” (no leather) interior will include recycled materials — old tires, plastic bottles, recovered plastic from the ocean, even old fishing nets; an optional rooftop solar panel will boost range (if it works as planned); the press of a single button will put the car in “California Mode,” lowering all windows at once, including the window on the rear hatch, to let as much air in as possible for cruises along the coastline and other pleasant locales.

That unusual functional rear hatch window, designed to allow the owner to slide in a surfboard, captures the aesthetic Fisker’s seeking to evoke. “Southern California for me is a leader and trendsetter when it comes to health and environment,” he said. “I think California is the best place to develop new products. People are more risky, more willing to try stuff out.”

Another key differentiator, one that draws the skeptics, is the base price: $37,499 before government incentives, or $379 a month for a lease, both low for a near-luxury vehicle that will compete with the likes of the Tesla Model Y, the Jaguar I-Pace, the upcoming Volvo XC40 Recharge and Polestar 2, and several others, with base prices well above that level.

With such a goal, “it’s hard to take Fisker seriously,” said Jessica Caldwell, market analyst at Edmunds. “The vehicle they’re promising seems very ambitious,” with a range of 250 to 300 miles and luxurious appointments. If selling such a car for under $40,000 were possible, “it seems people would have already tried to go down that route.”

The base Tesla Model 3 fits that range and pricing, but its interior is deliberately bare-bones, not luxurious.

Few people are buying the base version of such cars, however. Fisker will sell Ocean models that range as high as $70,000, including a high-performance off-road version.

Fisker said he can keep the price low with a deal he’s negotiating with Volkswagen. VW, the legacy automaker that’s made the deepest commitment to electric cars, has created a common platform for vehicles called the MEB, or Modularer E-Antriebs-Baukasten, consisting of a chassis and drivetrain. The German automaker plans to sell MEB to other companies, and Fisker intends to take advantage of the economies of scale.

Fisker plans to keep capital costs low by using extra capacity at an existing automaker’s plant, although no such deal has yet been announced. Fisker engineers had been working on breakthrough solid-state battery technology, but the Ocean will use commodity lithium ion batteries, aided by a Fisker-developed battery management software system.

Henrik Fisker is known in industry circles as a top-flight automobile designer. A graduate of the world-renowned ArtCenter College of Design in Pasadena, the soon-to-be 57-year-old had designed Aston Martins and BMWs, including the swoopy BMW Z8.

Founded in 2007, his previous company’s main product was a plug-in hybrid supercar, the $130,000 Fisker Karma. Movie stars and hedge fund millionaires were among the customers. A 2012 Karma is part of the permanent collection at the Petersen Automotive Museum in Los Angeles.

Crippling battery problems eventually sunk the company. Issues within A123, Fisker Automotive’s sole battery supplier, caused a production halt for the Karma, which forced Fisker into bankruptcy. The company was later sold to Chinese investors, and a follow-on version of the car, the Karma Revero, is produced in small quantities by a company located in Irvine called Karma Automotive.

Now Fisker is about to raise $2.9 billion through a somewhat unusual mechanism called a “special-purpose acquisition company,” or SPAC, also known as a “blank check.”

It works this way: Rather than do a standard initial public offering of stock, investors form an empty-vessel company and take it public. The new entity seeks a company to acquire and engineers a merger. Usually the name of the company is changed to the acquired company, and the stock ticker is changed as well. In mid-July, the blank-check deal was announced by its backer, Apollo Global Management, one of the world’s largest private equity firms. The merger is expected to take place within months.

Nikola Corp., a Phoenix company that plans to make electric fuel-cell semi trucks but has no trucks to sell yet, announced a $3.3-billion blank-check deal in March, with the merger completed in June. Its market value reached as high as $65 billion and since has settled at about $30 billion.

Tesla, the electric-car maker that’s been around since 2003, makes a profit right now only through sales of government emission credits, not on cars. Yet its market value is currently hovering around $275 billion, making it the most valuable car company in the world, with only 4% market share.

Tesla‘s stock is so high in part because investors believe in Elon Musk’s vision of a future of autonomous electric robotaxis with Tesla as the dominant market player. If that ever happens, it’s a long way off.

Fisker investors are betting on a more immediate proposition: the Ocean actually appearing in 2022 and immediately grabbing a big chunk of the electric crossover market. Still, $2.9 billion is a hefty wager on a vehicle that, not long ago, was nothing more than a bit of California dreaming.

“This is the way the world works” right now, said Edmunds’ Caldwell. “You can promise anything in two years.”

Pakistan plane crash: ‘All I could see was fire’

Music industry to nearly double in value by the end of the decade, Goldman Sachs says

Mandira Bedi, Just Like Us, Is Dreaming Of Holidaying In “Paradise City”