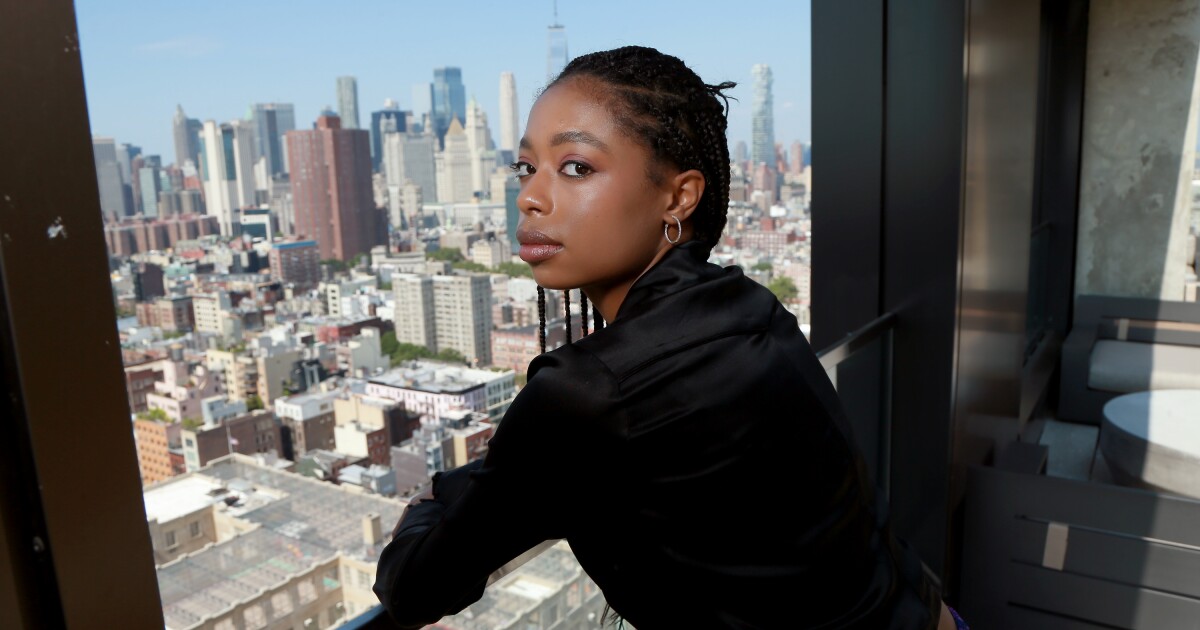 As outrage over the killing of George Floyd swept the nation, many entertainment companies vowed they would stand against racial injustice, including West Hollywood-based Digital Brand Architects.

“We support our black clients, friends, businesses and communities and we stand with you,” DBA, an influencer management firm owned by United Talent Agency, wrote on its Instagram account on May 31.

Then came the backlash. Black former employees took to social media to say the rhetoric didn’t match their own experiences at the management firm.

“I was so offended that they would even have the audacity to post that when they didn’t even treat their Black employees with respect,” said Kelsi Coleman, a former receptionist and operations assistant who was laid off from the company in January. “I was just so shocked that they would even say anything about Black Lives Matter or Black anything because they don’t stand behind that within their company.”

DBA responded by updating its post, saying it is “actively addressing where we have fallen short as a company.”

In interviews with The Times, Coleman and several other employees of color, including former managers, described a culture in which they were marginalized and discriminated against.

A former head of HR at the company said white coworkers rapped the N-word multiple times in front of her. A Black assistant said that a white staffer had referred to her as a “dishwasher” and that she was laid off after complaining about discrimination. An experienced brand manager said a boss rebuffed her ideas and fired her after only one month on the job.

DBA Chief Executive Raina Penchansky said in a statement that the company could not address specific allegations from former employees interviewed by The Times but that she took the complaints seriously.

“We have heard and listened to the experiences detailed by several of our former colleagues,” Penchansky said in a statement. “While we may dispute some of the assertions that have been made, we respect the confidentiality that surrounds their employment, and are compelled to use our space in this moment to focus on the work we need to do.”

Penchansky said DBA had retained a consultant to audit its practices. “We are dedicated to implementing new practices, new talent and new businesses that better serve the Black Community,” she added. “We have been rightfully called out for being late to addressing our need for improvement and will now devote ourselves to that immediate and meaningful change.”

The self-examination comes as the entertainment industry has faced criticism for a lack of diversity in films and TV shows and a scarcity of Black executives. Talent agencies have also drawn scrutiny for not promoting enough Black employees into leadership roles and for a system that some believe favors family connections and wealthy young people who can afford to work a low-paying mail room job at an agency and work their way up the ladder.

DBA was founded in 2010 and represents 150 influencers in such areas as fashion, food and beauty.

Kendra Bracken-Ferguson, who is Black, was one of the founders. She said she was pushed out in 2015 because of a difference in opinion over its direction and was excluded from the company’s narrative when it was acquired by United Talent Agency last year. A release listed Penchansky as DBA’s founder and chief executive but did not mention other cofounders, Karen Robinovitz and Bracken-Ferguson, who runs the L.A.-based brand management firm BrainTrust.

“The idea for the company was the brainchild of Karen and me,” Bracken-Ferguson said in a statement. “The disappointment, in the fact that they thought that they could erase me from the company’s origin, is the only regret that I have.”

Bracken-Ferguson says she had to work with her publicist to call publications and prove she was a founder, a process she described as “humiliating.”

DBA said it “has never denied her [Bracken-Ferguson] co-founder title or asked that she be removed from articles that mention the company’s co-founders in the years prior to, and following, her departure.” It declined further comment, citing “the confidentiality surrounding her employment.”

The lack of diversity created feelings of exclusion for the few Black employees who previously worked there.

Among them was Coleman, who began as a receptionist at Digital Brand Architects in February last year. The 25-year-old was the only Black employee in a 12-person New York office. Although it was a low-level job, she thought working for a female-led company would boost her career.

But she soon felt marginalized.

In June 2019, Coleman says she was asked to help check in guests with two other white assistants during a networking event with roughly 200 people on the roof of a luxury hotel in Manhattan. After Coleman had finished her turn checking in guests, she said she was told to staff the doors for the rest of the night so that other white assistants could network.

“So basically, like: ‘Go downstairs, handle the tickets, because there’s no reason for you to be in this room networking,’” Coleman said. “That’s how it felt.”

After other incidents, Coleman said she complained to the company’s HR department. She provided an email to The Times that documents her complaints.

“I came to you a month ago and told you that I felt as if I am being discriminated against and treated differently/unfairly compared to everyone else,” Coleman said in an email Jan. 22. “Nothing was done about my complaint and I continued to work in an uncomfortable work environment.”

The email was written the same week Coleman was told she was being laid off because of budget cuts.

Two days before she was scheduled to leave, Coleman said she heard white staffers talk about her departure, with one saying that the reason they kept her on for a few more days was “because we really want a dishwasher.”

Her mother, Arnesler Coleman, confirmed that her daughter told her about the remark on the day it happened. The Atlanta resident said her daughter, who had won awards in writing and launched her own magazine, had become so distraught about her treatment that she needed medical care to treat stomach problems caused by emotional distress. Her parents helped pay for $10,000 in medical bills.

Coleman ended up leaving the entertainment industry and now works as a web content editor for a real estate company.

“I just could not believe they had taken all of that from my daughter,” Arnesler Coleman said. “I think she’s still wondering in her head, ‘Am I good enough?’”

Korie Steward, a former head of human resources at DBA who was fired last year, recorded a 38-minute video on Instagram after the company posted its remarks about Black Lives Matter.

Steward, who signed a nondisparagement clause as part of her severance agreement, declined to be interviewed.

In her video, the 33-year-old said she joined DBA last year to help its diversity efforts but was fired after just 12 days on the job. The company told her she violated policy by posting confidential information about a potential termination of an employee. Steward said that she complained about an assistant she thought was unproductive but that the post was on her personal account.

In her video, Steward also cited several offensive comments made to her by colleagues at a work dinner the day before she was fired.

In one example, she said a white staffer asked Steward if it was appropriate to say the N-word if it’s part of a rap song’s lyrics. Steward told her that she personally felt it was not appropriate for a white person to say the the racial slur. Then, the white staffer, along with other co-workers, played Meek Mill’s “Dreams and Nightmares” on a phone and rapped the N-word several times about a foot away from where Steward was standing, she recalled.

“It was very, very disturbing to me,” Steward said of her experience at DBA. “It really, really scarred me. It broke every ounce of confidence I had.”

Carla Santiago, a former manager of brand development in 2016 at Digital Brand Products, a separately run division of DBA, also had a short tenure at the company.

The 40-year-old Harvard graduate said that she often worked alone with no lunch break out of a West Hollywood duplex her boss owned and that she had to deal with menial tasks such as translating cleaning instructions in Spanish to the housekeeping staff.

She said her boss complained when she left the office at 5 p.m. to pick up her young children and scoffed at her ideas.

When she noticed that celebrity apps were becoming more popular, Santiago said she prepared a presentation for her boss, saying the company should create apps for their clients. He discounted the idea, Santiago recalled. Three weeks later, as those apps began receiving more press, he blasted Santiago for not coming up with something similar.

Santiago, who had several years’ experience working on digital campaigns, had worked from home and said she took a pay cut to work at Digital Brand Products because it would diversify her experience and give her equity on new projects. About a month into the job, her boss fired her, telling her it was not working out.

Shortly after she left, Santiago said she was replaced by the sister of a high profile influencer who is represented by DBA. When reached by phone, that woman said Santiago’s characterization was “not accurate” and declined further comment.

Two people who worked with Santiago and declined to be identified because they were not authorized to comment said that Santiago was a capable manager and that they were surprised by her sudden exit.

“I didn’t mean anything to them,” Santiago said. “Their friend needed a job and they were willing to fire me so they could hook up their friend. They didn’t care about how this affected my family. I felt like I was as disposable as their nanny and gardener.”

DBA declined to comment on Santiago’s employment history but said that she was not asked to speak Spanish to the cleaners and that she worked out of a temporary office for a three-person startup.

For Santiago, Coleman and Steward, they say DBA’s mistreatment took a toll on their health and careers.

Steward and Coleman left the entertainment industry. For months, Coleman said she removed her LinkedIn photo, concerned that a company would dismiss her because she was Black.

Santiago suffered a panic attack and after running into the same roadblocks at other companies, ended up starting her own. She runs Coffee X Change, a peer-to-peer program that connects diverse executives, and owns L.A.-based entertainment strategy firm STORi.Digital.

“That is why I have my own business,” Santiago said. “There is no place for us. No one is going to give us a chance, so we have to disrupt. We have to do it our own way.” 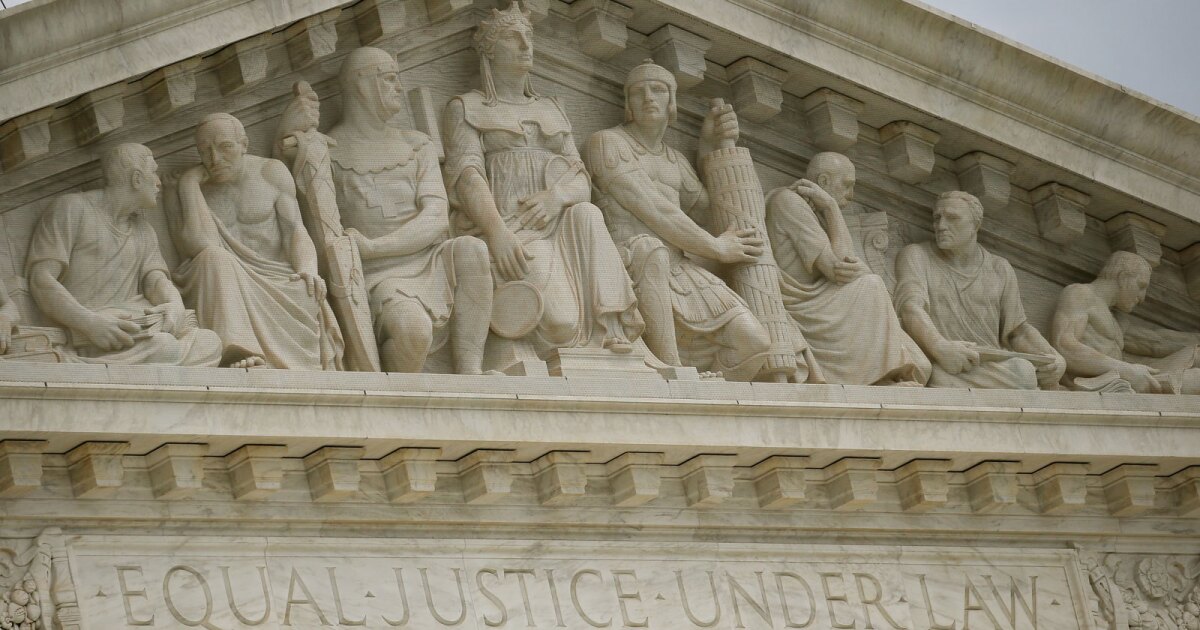 Inside Biden’s Vice-Presidential Search: Who’s on the List and Where It Stands

It’s Made in a Distillery, but You Won’t Smell Any Gin in this Hand Sanitizer