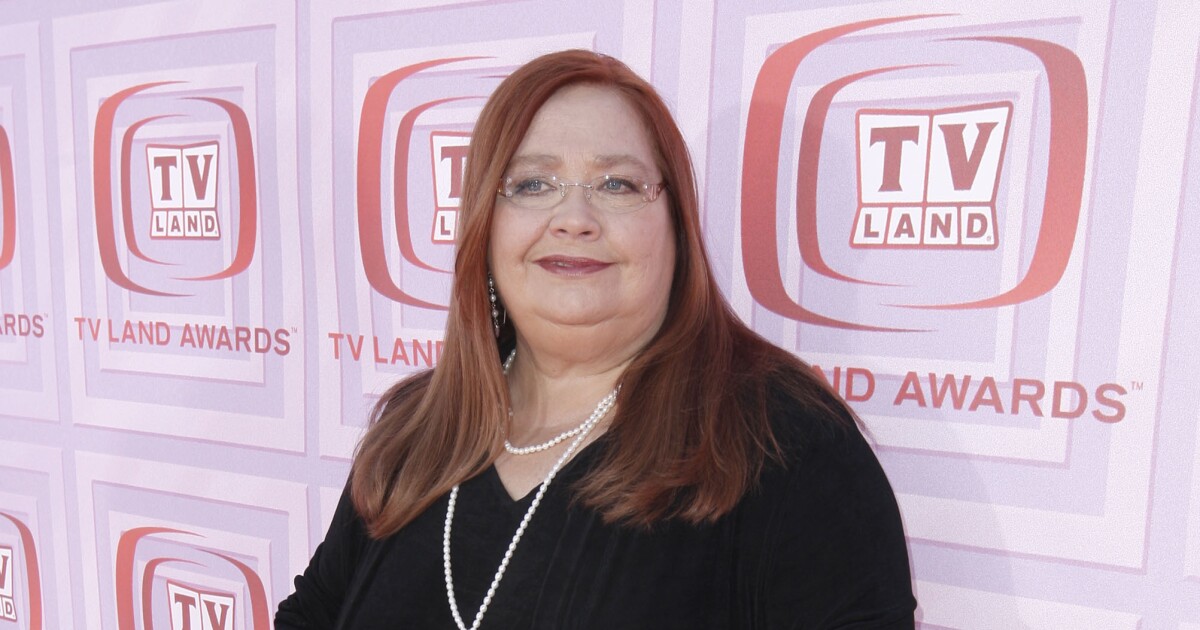 When I read that Conchata Ferrell had died, I was suddenly, deeply and surprisingly sad. Not, perhaps, at the level of my brother who upon learning the news texted me, “That’s it. Game over. Prepare for the Rapture” — he like many people, is a bit tense these days — but I was undeniably jolted.

And given the general state of things, the jolt bar is rather high these days, hence my surprise. I had not thought of Ferrell in years.

She was best known, as the many obits have noted, for her portrayal of Berta, the brash unflappable housekeeper in “Two and a Half Men,” and certainly she was my favorite part of that show, which I never warmed to and watched only sporadically.

Berta, however, is not what I thought of when I learned of Ferrell’s death. Nor was any other particular role — not Susan Bloom, all cigarettes and crazy statement jewelry in “L.A. Law,” not “Mystic Pizza’s” Leona, with her kerchiefs and secret spices. Not even April from the tragically short-lived “Hot l Baltimore,” no clips of which can be found (at least by me) in the vast archival universe of the internet.

It was none of those roles, and all of them, and more. It was the relief I felt when I saw that unmistakable silhouette move into view on any screen and waited for what would happen next because I knew it would be good. That electric zip of anticipation when a situation called for her to speak because I knew she would nail whatever bit of exposition, character development or comic relief she had been given firmly to the floor, so that everyone around her could continue their dance with ease.

Ferrell was a character actor, the old-fashioned kind, who with her large and small roles in countless television series — from “Maude” to “Grace and Frankie” — and the occasional film, burrowed deep into my cultural psyche. I loved Ferrell first and foremost because she looked and sounded like my people — red-haired and rotund, but worldly-wise and dry rather than jolly. Her brand of comfort came in the form of a narrow appraising look and a flat-voiced but piercing retort that, as the best one-liners do, played more like disinterested observation.

“That’s a lot of tea, Grandma Grace,” she said to Jane Fonda’s character as she poured vodka into a teacup during an attempt to compete with Ferrell’s Grandma Jean in “Grace and Frankie.”

In my memory, no one leaned on a counter with the same kind of expressiveness as Ferrell did, few could so fully pull off the embodiment of “hands on hips” (even when the hands were nowhere near the hips) and no one could infuse a well-dropped “What?” with as much multi-layered meaning.

She was the queen of not taking any crap — “Someone ought to ram fried goat cheese up his ass,” Leona says when a snooty food critic appears to disdain her famous Mystic pizza — but you knew her characters were filled with heart, which often manifested in the kind of rueful-admiration-in-defeat moment that is typically reserved for male characters. “Nice kick,” her Jan said to Winona Ryder’s Babe after the absolutely insane fight scene in “Mr. Deeds.”

Ferrell was from West Virginia, and it showed. She played many types of parts but always with a “whadda you lookin’ at?” spine that made her the kind of actor you wanted to see in pretty much everything; like good plain salt, she was rarely showy and always indispensable. Looking, as I just did, for some key monologue or standout scene from her immense body of work is difficult. Like Berta in “Two and a Half Men,” Ferrell didn’t need a lot of time or space to make her presence known; she could make a character whole with just a line or two, a look, a gesture, a well-timed silence. A working actor who made the work look effortless.

When I heard Conchata Ferrell had died I was suddenly, deeply and surprisingly sad because she was both very much her own self and a gorgeous example of a type. The type of actor, no, the type of person, who so often gets overlooked, overshadowed by stars who could not shine without them. The type of person you may not even know was still alive until she, or he, dies, leaving an undeniable, unfillable hole in a long-forgotten layer of memory and identity.

A subliminal personal loss that you feel but can’t quite explain. Even when you try.

‘Instead of Coronavirus, the Hunger Will Kill Us.’ A Global Food Crisis Looms.

What’s Apple Thinking Launching Its iPhone SE 2 During a Pandemic?

BCCI adds CRED to its list of official IPL partners