SEOUL, South Korea — When North Korea decided to join the 2018 Winter Olympics in South Korea and kick off a giddy period of rapprochement on the peninsula, its charm offensive was fronted by a smiling face: Kim Yo-jong, the only sister of the North’s top leader, Kim Jong-un.

Now, as Mr. Kim threatens to extinguish the fragile détente with a new cycle of bellicose actions and military provocations, it’s his sister who is again speaking for the nation, this time heaping scorn on South Korea — a signal of her deepening clout in the hereditary regime.

“It was sickening to listen to his speech,” Ms. Kim said of the South’s leader, Moon Jae-in, in a statement on Wednesday, referring to his message this week calling for peace on the Korean Peninsula. “He seems to be insane, though he appears to be normal outwardly.”

“So I decided to prepare a bomb of words to let it known to our people,” she said.

In North Korea, few leaders other than Mr. Kim can issue first-person statements like that. But Ms. Kim, 32, who is her brother’s top spokeswoman and policy coordinator, wields far more power than is suggested by her age and meager titles: first deputy departmental chief in the ruling Workers’ Party and an alternate — not a regular — member of its Politburo.

Her influence in a hierarchy studded with aging generals and party secretaries derives from the “revolutionary blood” coursing through her body. She is a granddaughter of Kim Il-sung, North Korea’s founder, who is still revered as a godlike figure in the North.

That makes her a potential candidate — even in the North’s deeply patriarchal culture — to replace her brother, who is believed to be 36, should he die or become incapacitated.

Ms. Kim’s systematic rise adds a sense of continuity to North Korea’s succession plans, analysts said. In North Korea, future top leaders must build credentials as someone who can stand up against South Korea and the United States.

Mr. Kim has an older brother, Kim Jong-chol, who is said to have been considered by their father to be too effeminate to lead the highly militarized country. He has never been seen in public with his younger brother.

In 2017, Mr. Kim had his half brother, Jong-nam, assassinated in Kuala Lumpur. He also executed his uncle Jang Song-thaek.

Mr. Kim has another uncle, Kim Pyong-il, 65, who was recalled home last year after decades of serving as a low-key ambassador to Eastern European countries. But after being away for so long, he has no power base in Pyongyang. Mr. Kim’s aunt, Kim Kyong-hui, Mr. Jang’s wife, is ailing.

All this leaves Ms. Kim the most likely hereditary successor if her brother dies before his children grow up, analysts said.

She and Mr. Kim attended schools in Switzerland as teenagers. But the outside world had seen little of her until she appeared beside him during the funeral of their father, Kim Jong-il, in 2011. Some experts in South Korea say she is married to Choe Song, who is said to work at Office 39, a secretive agency that manages funds for the Kim family. Mr. Choe is a son of Choe Ryong-hae, who holds the most senior party titles after Mr. Kim.

Ms. Kim grabbed global attention when she became the first member of the Kim family to cross the border into South Korea, attending the opening ceremony of the Pyeongchang Winter Olympics, in 2018. Later, she was at her brother’s side at his summits with Mr. Moon, President Trump and President Xi Jinping of China.

She stood next to Mr. Kim when he signed a joint statement with Mr. Trump after their historic first summit on denuclearizing the Korean Peninsula, held in Singapore in June 2018. Secretary of State Mike Pompeo was her American counterpart during the ceremony.

Ms. Kim apparently lost her Politburo job as Mr. Kim replaced his foreign policy team after the collapse of his second summit with Mr. Trump, which was held in Vietnam in February last year.

But this year, with Mr. Kim shifting to an increasingly hostile relationship with Seoul and Washington as his diplomatic efforts with Mr. Trump stall, Ms. Kim’s stock began rising again.

Since March, she has been issuing statements under her own name, lashing Mr. Moon’s office for its “imbecile way of thinking.” She praised a letter that Mr. Trump sent to her brother in March, calling it a “good judgment” but not enough to improve ties.

Since last week, North Korea’s state news media has depicted her as the orchestrator of a rapid-fire series of statements and moves that have raised tensions on the Korean Peninsula. On Tuesday, the North blew up the inter-Korean liaison office in the border city of Kaesong, and a day later, the North Korean military threatened to resume drills along the disputed western sea border with the South.

Ms. Kim’s offensive claimed a first political casualty in South Korea on Wednesday. The unification minister, Kim Yeon-chul, stepped down, taking responsibility for the deterioration in relations with the North, which has followed the South’s failed efforts to mediate between North Korea and the United States.

The North’s sudden turn toward animosity with the South — and, by extension, the United States — may reflect a desire to unify the country in the face of an economy further hobbled by the coronavirus pandemic and of a deepening need to push for concessions on international sanctions, said Leif-Eric Easley, a professor of international studies at Ewha Womans University in Seoul.

Placing Ms. Kim up front in North Korea’s growing confrontation with Seoul and Washington may also give Mr. Kim “diplomatic flexibility” if he wants to change course, Mr. Easley said.

Whatever the motivation behind the growing tension, it has made one thing clear: Ms. Kim’s consolidation of her position as the true No. 2 in her brother’s government, said Lee Seong-hyon, an analyst at the Sejong Institute, a research center in South Korea.

“As she leads the offense against South Korea like a general, it silences those old hard-liners in the Politburo who may think she cannot be the leader,” Mr. Lee said.

NBA star Chris Paul: ‘We’re all playing the sit-and-wait game’ for the season to resume

OnePlus 6T, OnePlus 6 Get OxygenOS 10.3.3 With VoWifi Support for Jio 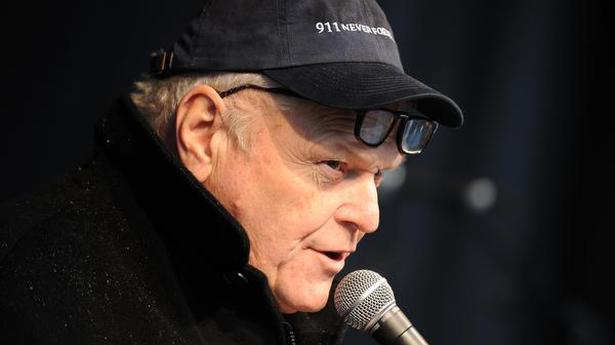 Coronavirus Live Updates: Tensions Grow Over Masks in the U.S.