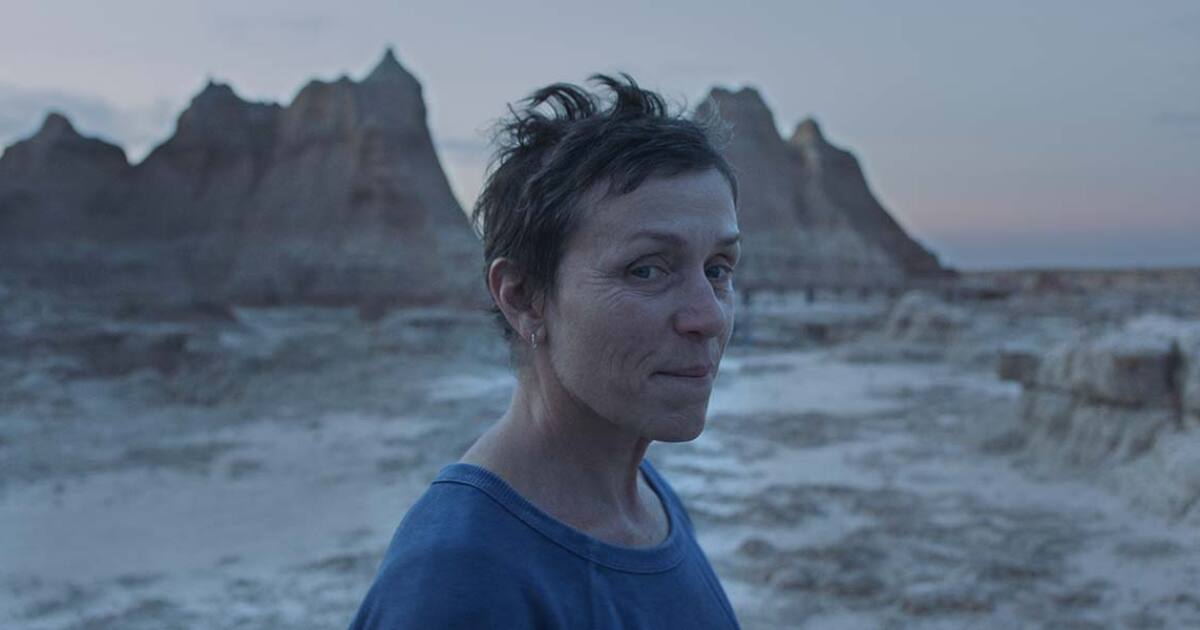 The season of fall film festivals is typically one of year-in, year-out rituals and repetition. This year, thanks to a global pandemic and international travel restrictions, all of that has changed.

Having started on Thursday night, the 2020 edition of the Toronto International Film Festival is a drastically different version of the event that is a key component of the festival circuit and launching pad for movies with awards season ambitions.

“Where do I start?” said Joana Vicente, executive director and cohead of TIFF, when asked about the struggles of putting on the festival amidst the pandemic. “It’s been just an incredible challenge.”

With an opening-night world premiere of Spike Lee’s concert documentary “David Byrne’s American Utopia” playing at three outdoor venues across the city rather than the typical indoor gala, TIFF 2020 is a downright spartan affair compared with the outsized glamour of previous years.

The festival’s official selection includes only 50 feature films, down drastically from the more than 300 titles that played the festival last year. Nevertheless, a handful of premieres may prove to be awards season powerhouses, such as Francis Lee’s romantic period piece “Ammonite,” starring Kate Winslet and Saoirse Ronan, or Chloé Zhao’s hardscrabble drama “Nomadland” starring Frances McDormand.

Festival organizers made the decision fairly early on that this year’s event would be a hybrid of virtual and live events, using TIFF’s multiscreen Lightbox venue as the main hub for in-person screenings. There will also be events at two Toronto drive-ins and one other outdoor space. Two online screening platforms are being used, one for public events and another for industry and press.

“It’s very different,” said Vicente of this year’s festival, speaking earlier this week from Toronto. “So we embraced that, let’s go with the smallest selection, let’s make it exciting, putting the spotlight on those films. Let’s figure it out. It’s amazing the support that we got from talent wanting to participate. So we really leaned into, ‘Let’s get people to participate in the way that they can.’ And then give audiences choices on how to engage with that.

“People were energized by the films that were being submitted, by the conversation with the industry and people really being desperate for that platform for finished films to be sold,” Vicente said. “So that gave us the energy to feel like this is really important. We can’t just give it up. Let’s do the best we can with what we have.”

Lee, who won awards and accolades for his debut feature, 2017’s “God’s Own Country,” directs his own screenplay set in the 1840s at the English seaside, with Kate Winslet in a fictionalized account of real-life paleontologist Mary Anning. When circumstances find her caring for a grieving younger woman (Saoirse Ronan), the connection between the two blossoms into tentative romance.

To see his film already be so lauded and anticipated is still a bit of a shock for Lee.

“It’s such an honor,” said Lee, speaking by phone from his home in the English countryside. “We started out earlier in the year being selected for Cannes, which was such a huge thrill, and the same for Telluride and Toronto and London. And this is only my second film. But obviously it’s tinged with the disappointment of not being physically able to go to any of these festivals, and having the film go on its journey without me to stand by it is disappointing.

“We’re all living in an extraordinary time,” added Lee. “And obviously, the main concern is that we keep people safe and we don’t put people at risk. So I think if that means that we can’t actually go and we have to present the film virtually and talk to people via phones and Zoom, that’s the best thing to do. But I miss that physical interaction with an audience after they’ve seen your film very much.”

Lee finished “Ammonite” just prior to lockdown earlier in the year. His initial plan was to show the movie to Winslet in the spring in Philadelphia, where she was filming another project, and then head to New York to show distributor Neon. In the space of about 48 hours, as the pandemic escalated, that entire trip fell apart.

“Everybody was very confused and scared and didn’t know quite how all this was going to play out,” said Lee. “But I count my blessings because I know so many people who were in prep or shooting or in post who all had to shut down, and just by luck I had actually finished.”

Canadian filmmaker Tracey Deer is seeing her fiction feature debut, “Beans,” have its world premiere at the festival. The film is a semiautobiographical coming-of-age tale of a teenage Mohawk girl (Kiwentiio) set against the backdrop of the 3-month-long 1990 standoff known as the Oka Crisis and the anti-Indigenous racism it brought out.

Deer will receive the festival’s emerging talent award as part of the tribute awards ceremony on Tuesday. Other honorees as part of the fundraiser event, in its second year at the festival, include Winslet, Anthony Hopkins, Zhao, Mira Nair and Terence Blanchard.

Deer locked the edit on “Beans” only three days before Canada went into lockdown, eventually returning to work on postproduction over the summer and finally finishing the film in just the last few weeks.

“It’s so exciting,” said Deer on a call from outside Montreal, noting that she was supported along the way by two of TIFF’s professional development programs that allowed her to attend the festival. “And it was the goal, I want to come back, I want to premiere my film here. And for it to be happening, it’s incredibly rewarding, really validating, and I’m really proud of myself to have made it happen.

“I mean, this is the dream to make a film and have it premiere at one of the biggest festivals in the world,” she said. “So even with the pandemic, this all feels really fabulous.”

Masks or no masks

The path to planning and executing a hybrid festival, mixing in-person and virtual events, has not been without complications. Though festival organizers have been working closely with local health officials to limit theater capacity to no more than 50 people with a six-foot radius between occupied seats, it was reported earlier this week that festival guidelines would allow attendees to remove masks once in their assigned seats.

“That was a bit of a sensationalist headline, ‘masks not required.’ No, masks were absolutely required in all of our materials,” said Vicente, explaining the initial wording of the mask regulation was to allow for people to remove their masks only for the purpose of eating or drinking, as in a restaurant or on an airplane. For clarity, organizers decided to close concession sales so that people more clearly know to wear their masks at all times.

“Of course some people will be upset that they can’t buy the concessions. We’re not gonna make everyone happy,” said Vicente. “But it felt like I want to be on the side of safety, because that has been the thing that drives us. We really followed absolutely every protocol and went beyond that.”

Though this year’s selection is largely absent the sort of awards-ready, glitzy Hollywood productions that give TIFF an annual dose of glamour and industry intrigue — last year “Jojo Rabbit,” “Hustlers,” “Knives Out,” “Harriet” and “A Beautiful Day in the Neighborhood” all had their world premieres there — festival officials remain upbeat about the selections.

Among this year’s program, organizers say that 45% of the films are directed, codirected or created by women, 48% are from BIPOC filmmakers and 32% are from Canada.

“Obviously in terms of bigger studio films and films that we had been tracking that had to pause because of the pandemic, it affected the pipeline, but in terms of submissions, we had a lot of films,” said Vicente.

As for the slimmer selection this year, she added, “We just knew that we couldn’t possibly deal with a lot of films. So we came up with the number that we felt was a substantial selection. The conversation became more of the programming team getting together, talking about the films and asking, ‘What does the selection look like as a whole? What are we trying to say? What are the films that feel relevant, feel of the moment, that are exciting voices, that are moving us and making us do things differently?’”

Based on a true story, “Good Joe Bell” stars Mark Wahlberg as an Oregon father who sets out to walk across the country to raise awareness for bullying and LGBT youth in support of his gay son. It’s directed by Reinaldo Marcus Green, from a screenplay by “Brokeback Mountain” writers Diana Ossana and Larry McMurty.

The film, currently looking for distribution, features tender performances by Wahlberg as Joe Bell, Reid Miller as his son and Connie Britton as his wife.

“It’s strange, I’m excited because I think any way to get it to people at this moment is all I care about,” said Green during a recent phone call from Los Angeles. “So if this is a way to get folks to see the film, I’m going to be excited about that. And I know that all these festivals are trying to figure it out and, you know, more power to them. It’s exciting, it’s new, it’s different. And it’s giving people hope in this dark time.

“It’s trying to be optimistic about what life is like this year in 2020 — it’s been a tough year for a lot of people. So to give them any sense of hope, I think is a positive.”

Green and the team behind the film had been working on the edit for some time when the pandemic hit; he’d already turned down an invitation to Sundance because it wasn’t ready. He had also begun working on his first studio film, “King Richard” starring Will Smith. But when everything was put on hold by the pandemic, it gave him an opportunity to open the film back up and concentrate on finishing “Good Joe Bell.”

Green likened Cary Joji Fukunaga, a producer on the film, to a baseball relief pitcher for the way he was able to come in and help in finishing the film along with editor Mark Sanger.

“It’s a very complicated film, and to be able to have the time to do it was incredible,” said Green. “We’re just lucky. The quarantine really helped us, helped me get back in the edit and really focus the film.”

For all that is different about this year’s TIFF, Vicente sees the event’s core mission as the same.

“It’s a very strange festival, but I’m excited that we have great films,” said Vicente. “I think there’s lots of great things. And also films are being sold, business is being done and filmmakers are being discovered.” 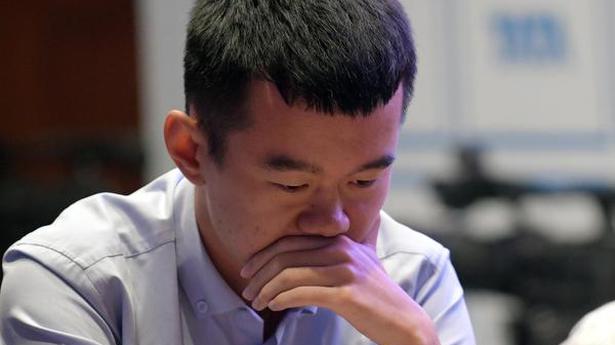 Breast screening from age 40 ‘could save lives’

Portland protesters showered by tear gas again — and with solidarity from across the U.S.

Fighting back after nearly dying from Covid-19

AMC, Regal and Cinemark prepare to reopen in the U.S. after five-month shutdown

Emmy Rossum is perfect as the mysterious ’80s L.A. icon in ‘Angelyne’ trailer