Worldwide contagion, the worst economic crisis since the Great Depression and a warming planet — not to mention rising hunger, growing legions of refugees, xenophobic bombast from strongmen leaders and a new cold war between the United States and China.

The United Nations is about to celebrate its birth in 1945 from the ruins of World War II, though “celebrate” might seem an odd choice of word amid the long list of current global woes and the organization’s own challenges.

So the marking of the anniversary will be muted, and not only because world leaders will be unable to gather in person to raise a glass — the pandemic has reduced the General Assembly beginning this week to virtual meetings. As the world body turns 75, it also faces profound questions about its own effectiveness, and even its relevance.

“The U.N. is weaker than it should be,” said Mary Robinson, a former U.N. high commissioner for human rights and the first woman to become president of Ireland.

When the United Nations was founded by the Allied victors, the goal was to avert another descent into another global apocalypse. And for all its shortcomings, the organization that Eleanor Roosevelt called “our greatest hope for future peace” has at least helped achieve that.

As he looked ahead toward convening this year’s General Assembly, Secretary General António Guterres emphasized the long view. The values embedded in the U.N. Charter, he said, have prevented “the scourge of a Third World War many had feared.”

Still, the organization is struggling like perhaps never before.

While it is the leading provider of humanitarian aid, and U.N. peacekeepers operate in more than dozen unstable areas, the United Nations has been unable to bring an end to the protracted wars in Syria, Yemen or Libya. The Israeli-Palestinian conflict is nearly as old as the United Nations itself.

U.N. statistics show that the number of people forcibly displaced worldwide has doubled over the past decade to 80 million. The number suffering acute hunger is expected to nearly double by year’s end to more than a quarter billion, with the first famines of the coronavirus era lurking at the world’s doorstep.

Mr. Guterres’s entreaty for a global cease-fire to help combat the coronavirus has gone largely unheeded. His plea for contributions to a $10 billion emergency coronavirus response plan to help the neediest had, as of last week, been met with commitments totaling just a quarter of the goal. That response “barely justifies the description of ‘tepid,’” said Mark Lowcock, the top U.N. relief official.

On the secretary general’s signature issue, climate change — a Time magazine cover last year showed him knee-deep in water — his pleas seem to have done little more than help publicize the issue.

“There have been lots of ups and downs, but we’ve been on a significant down,” said Thomas G. Weiss, a political-science professor at the City University of New York Graduate Center and an expert on the United Nations.

For Mr. Weiss, the contrasts between now and when the Allies were battling the Axis powers are sharp.

“It wasn’t a slam-dunk for the West to defeat fascism,” he said. “That brought about a sense of principles, an operating principle that cooperation was as important as tanks. In 2020, we have a pandemic, with a global financial meltdown, and the reaction virtually everywhere is to circle the wagons.”

The United Nations, which has grown from 50 members 75 years ago to 193 members and a global staff of 44,000, was intended at its inception to provide a forum in which countries large and small believed they had a meaningful voice.

But its basic structure gives little real power to the main body, the General Assembly, and the most to the World War II victors — Britain, China, France, Russia and the United States — with each wielding a veto on the 15-seat Security Council as permanent members. The council is empowered to impose economic sanctions and is the only U.N. entity permitted to deploy military force.

No permanent member seems willing to alter the power structure. The outcome is chronic Security Council deadlocks on many issues, often pitting the United States against not only China and Russia but also against American allies.

It is not only on questions of war and cease-fires where the United Nations is struggling for results.

The Sustainable Development Goals, 17 U.N. objectives aimed at eliminating inequities that include poverty, gender bias and illiteracy by 2030, are imperiled. Barbara Adams, chairwoman of the Global Policy Forum, a U.N. monitoring group, told a conference in July that the objectives were “seriously off track” even before the pandemic, according to PassBlue, a news site that covers the United Nations.

U.N. veterans say multilateralism — solving problems together, a tenet of the organization’s Charter — increasingly collides with principles in the same Charter emphasizing national sovereignty and nonintervention in a country’s internal affairs.

The result is often delays of aid or denial of U.N. access to humanitarian crises, whether in delivering supplies to displaced Syrians, investigating evidence of Rohingya massacres in Myanmar or helping sick children in Venezuela.

Mrs. Robinson, the former Irish president who is now chairwoman of The Elders, a group of venerable leaders founded by Nelson Mandela, pointed to the basic inability of the United Nations to orchestrate an effective battle plan against the coronavirus.

“We’ve just seen what a pandemic has done worldwide,” she said. “Some of the richest countries are not coping well with it. When we look back, the criticism will be quite sharp.”

Carrie Booth Walling, a political-science professor at Albion College and an expert on U.N. humanitarian interventions, said the turning inward of many countries afflicted by the virus might bode badly for the United Nations and the diplomacy it embodies.

“What is really frightening at this moment,” Dr. Walling said, is “the state of multilateralism in general, and whether the world’s governments and people will see the value of multilateral cooperation.”

The ascendance of autocratic-minded leaders has presented further challenges.

President Trump has been a frequent U.N. critic, rejecting notions of global governance and complaining about what he sees as wasteful spending on a budget that totals roughly $9.5 billion annually, including $6.5 billion for peacekeeping operations.

President Jair Bolsonaro of Brazil has called the U.N.’s Human Rights Council a “communist meeting place.” Prime Minister Viktor Orban of Hungary has railed against U.N. policy protecting refugees. President Rodrigo Duterte of the Philippines has expressed fury over a U.N. human rights inquiry into his war on drugs.

Under Mr. Trump’s “America First” approach, the United States intends to withdraw from the World Health Organization, with the American president criticizing its coronavirus response and calling it a mouthpiece for China. Mr. Trump also has abandoned or slashed support for U.N. agencies, including the United Nations Population Fund, the Human Rights Council and the agency that aids Palestinians classified as refugees.

His top diplomat, Secretary of State Mike Pompeo, has described the International Criminal Court, created through U.N. diplomacy to prosecute genocide and other atrocities, as a “kangaroo court” because of its Afghanistan war investigation, including looking into killings in which Americans have been implicated. Mr. Pompeo has slapped economic and travel penalties on the court’s chief prosecutor and her top aide.

While the United States has been lashing out, China has maneuvered to assert more control at the United Nations, taking leadership positions in agencies that include the Department of Economic and Social Affairs, the International Telecommunications Union and the Human Rights Council.

A May 2019 study, “People’s Republic of the United Nations,” by the Center for New American Security, a bipartisan research group, suggested China’s U.N. actions were part of its effort to redefine how such institutions are run, shifting away from Western concepts of democracy and human rights.

China’s U.N. reach extended deeper this year when Chinese candidates were chosen, over American opposition, to lead the Food and Agriculture Organization, to join a panel that chooses investigators for the Human Rights Council, and to become a judge on a U.N.-affiliated tribunal that adjudicates Law of the Sea disputes.

President Xi Jinping of China has exhorted subordinates “to take an active part in leading the reform of the global governance system.”

The American ambassador to the United Nations, Kelly Craft, has insisted she is confronting the Chinese — telling a Fox News interviewer last month, for example, that she raises human rights issues in China “at every opportunity we have in the Security Council.”

Still, current and former U.N. officials say Mr. Trump’s isolationist behavior has hurt American influence at the United Nations, even as the United States remains vital as the host country and biggest single contributor. They see an emboldened China asserting itself in contested areas of the South China Sea, suppressing dissent in Hong Kong, interning a million Uighur Muslims in Xinjiang, and lending aggressively to the needy countries of Asia, Africa and Latin America.

“If the United States pulls its cards out of the game, that leaves more scope for China,” said Edward Mortimer, who was the chief speechwriter for former Secretary General Kofi Annan. “Now China is behaving in an incredibly heavy-handed and provocative way, and has a lot of countries worried.”

Even Mr. Guterres, ordinarily careful to avoid offending member states, has described the relationship between the United States and China as dysfunctional and said their rivalry risks splitting the world into “two blocs.”

Still, despite its challenges, many ambassadors now see the United Nations as an even more vital forum, if only as a place for members to vent grievances.

“Without the U.N., you don’t have a safety valve,” said Munir Akram, the envoy from Pakistan, which remains locked in a protracted dispute with India over the Kashmir region, a chronic flash point for the nuclear-armed rivals.

”You know you’ll not get a solution, but you can defuse the domestic pressure exerted on governments faced with intractable problems,” Mr. Akram said. “Just imagine if we couldn’t raise Kashmir in the Security Council. There would be tremendous pressure on our government to do something.”

Amid Tennis’s Swirling Storms, a Stubborn Djokovic Claims a Title 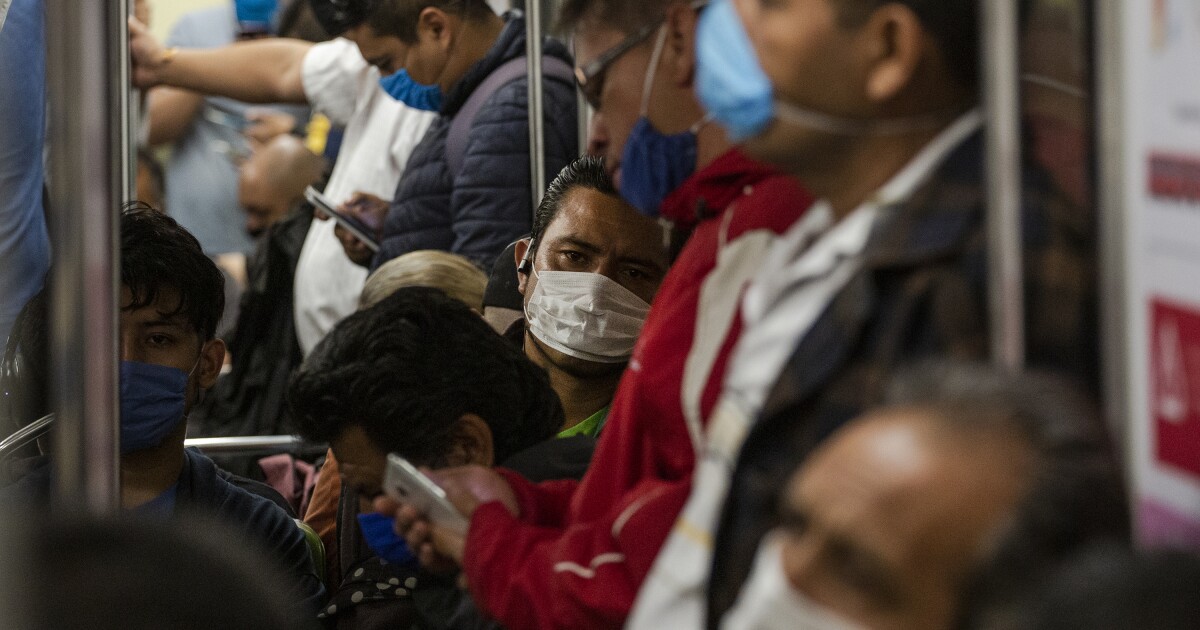 Mexico braces for a surge in coronavirus infections and deaths