Here’s what you need to know:

Legions of small businesses are struggling to stay afloat in the United States and 12 million people are unemployed, but robust activity in the financial markets is helping big banks continue to earn billions of dollars.

JPMorgan Chase and Citigroup reported declines in consumer loans and credit card sales in the third quarter this year, but their Wall Street trading businesses boomed, highlighting how Americans’ fortunes have continued to diverge as the coronavirus pandemic rages on.

Its consumer business earnings were 9 percent lower than last year, thanks to a dip in the amount of money it was able to earn from maintaining customers’ bank accounts, combined with a drop in credit card sales and new home loans.

But JPMorgan’s Wall Street operations revealed a different trend: Revenue rose 21 percent this year compared with the same period last year, and its corporate and investment banking earnings were 52 percent higher than last year. The bank attributed the growth to higher investment banking fees on operations like helping companies issue stocks and bonds, as well as more profits from trading in stocks, commodities and securitized products.

Citi’s earnings were $3.2 billion for the quarter, compared with $4.9 billion a year ago, on revenue of $17.3 billion. Its consumer banking revenue fell 13 percent compared with last year, while its revenue from trading and investment banking services rose 5 percent.

JPMorgan’s chief executive, Jamie Dimon, said that the bank was not changing its plans for new headquarters in New York, but it was likely that more employees would be working from home, at least part time, in the future.

“I do think it will ultimately reduce the space you need for your employees,” he said on a conference call with journalists on Tuesday.

Preparations for the pandemic in the most recent quarter were different from earlier this year. JPMorgan has been stockpiling cash to prepare for future losses, but it only added $611 million to its reserves during the third quarter, a big drop from the previous quarter, when it added $11 billion. It had to spend almost as much covering losses, which kept the size of its pool of reserves the same, at $34 billion.

BlackRock, the world’s biggest money manager, reported a strong third quarter on Tuesday morning, as investors continued to look for lucrative ways to manage their money during a turbulent time.

In the third quarter, as U.S. stocks rallied back from their spring lows, BlackRock’s assets under management — the overall amount of money it manages for clients — rose to $7.8 trillion, a 12 percent lift from the same period last year. Revenue and profit also climbed by double digits, surpassing Wall Street analysts’ expectations.

The gains came from a mix of businesses, but were particularly buoyed by fees from the company’s iShares exchange-traded funds business, which manages investment vehicles that track baskets of individual companies or bonds, as well as from individual investors.

“Our diverse platform saw inflows across all asset classes, investment styles and regions,” BlackRock’s chief executive, Laurence D. Fink, said in the company’s earnings release. He noted that more than half of BlackRock’s newer long-term investors came from clients in Europe and Asia.

Delta Air Lines lost $5.4 billion in the three months through September, and its operating revenue plunged 79 percent from the year before, as the industry weathered a deep and sustained crisis caused by the coronavirus pandemic.

The results, reported by the company on Tuesday, are an improvement over the second quarter of the year, when Delta reported a slightly larger $5.7 billion loss and an 88 percent decline in revenue, but with the peak summer travel season behind them, Delta and other airlines are bracing for a weak fall and winter.

“With a slow and steady build in demand, we are restoring flying to meet our customers’ needs, while staying nimble with our capacity in light of Covid-19,” Delta’s president, Glen Hauenstein, said in a statement. “While it may be two years or more until we see a normalized revenue environment, by restoring customer confidence in travel and building customer loyalty now, we are creating the foundation for sustainable future revenue growth.”

The airline said it would retire nearly 400 planes ahead of schedule by 2025, including more than 200 this year. It also said it has cut back on plans to buy more than $5 billion worth of aircraft through 2022.

Because of the slowdown in travel, Delta has parked or retired about 40 percent of its fleet of planes, cutting fuel and maintenance costs by about three-quarters. Delta said salary and benefit expenses in the quarter fell by about a third after about 18,000 employees made sacrifices, including taking early retirement, buyouts, unpaid leave or reduced hours. The airline ended September with about $21.6 billion in cash on hand.

Air travel is down more than 60 percent, as of Monday. Airlines had hoped to secure a second round of federal stimulus aid last month, but despite bipartisan support, the effort fell through.

United Airlines is expected to report its quarterly performance later this week, with American Airlines and Southwest Airlines scheduled to follow suit next week.

The International Monetary Fund said on Tuesday that the world economy is beginning its ascent from the worst downturn since the Great Depression but that the deep recession caused by the coronavirus pandemic will leave scars on labor markets for years to come.

In its latest World Economic Outlook report, the I.M.F. projected that the global economy would contract 4.4 percent in 2020. The forecast was a slight improvement from its midyear projection, as the easing of lockdowns and robust fiscal and monetary policy support have helped output recover more quickly than previously expected. But the global economy is not yet out of the woods.

“This crisis is, however, far from over,” Gita Gopinath, the I.M.F.’s chief economist, wrote in a memo accompanying the report. “The ascent out of this calamity is likely to be long, uneven, and highly uncertain.”

Ms. Gopinath urged countries not to withdraw policy support prematurely and warned that the crisis is intensifying inequality. Labor markets remain well below their prepandemic levels, and women, the young and low-income workers have been hit the hardest. National debt levels are swelling as tax bases shrink.

The recession is hammering both advanced and emerging economies. The United States economy is expected to contract 4.3 percent this year, and the eurozone economy is projected to shrink 8.3 percent, led by sharp contractions in Spain and Italy.

The lone exception this year is China, where the virus was first detected. China’s economy is projected to expand 1.9 percent in 2020, as its aggressive measures to contain the virus have allowed economic activity to resume more quickly.

The I.M.F. expects the global economy to expand 5.2 percent next year and then slow to a rate of 3.5 percent over the next several years. Compared with the group’s prepandemic projections, the world will lose $28 trillion in total output through 2025.

Continued aggressive fiscal support is not a given, considering mounting government debt. In the United States, for example, lawmakers have struggled to agree on another stimulus package amid political gridlock and concerns about spending.

The economic forecasts are also highly dependent on the trajectory of the virus and on the ability to combat it. Successful vaccines and more effective therapies will be required in order for countries to ease social distancing requirements and allow businesses to resume normal activity next year.

A resurgence of the virus and subsequent national lockdowns would mean more economic turmoil, the I.M.F. warned.

In March, companies told their employees they’d be out of the office for weeks. Weeks turned into September, then January, and now, with the virus still surging in some parts of the country, a growing number of employers are keeping employees out of the office until the summer of 2021.

And workers said they were in no rush to go back, with 73 percent of U.S. employees fearing that being in their workplace could pose a risk to their personal health and safety, according to a study by Wakefield Research commissioned by Envoy, a workplace technology company.

Here are some of the companies that told employees they can expect to work from home until the middle of next year:

Google was one of the first to announce that July 2021 was its return-to-office date. Uber, Slack and Airbnb soon jumped on the bandwagon. In August, DocuSign said its 5,200 workers would be able to stay home until June.

In the past week, Microsoft, Target, Ford Motor and The New York Times said they, too, had postponed the return of in-person work to next summer.

Others have said most of their employees will never have to come into the office again:

In May, Facebook was one of the first to do so. Twitter, Coinbase and Shopify have also said they would do so. On Friday, Microsoft announced it would also be part of that shift.

But even at companies that are announcing delays, they don’t apply to all workers.

Ford last week said its decision to push back in-person office work through June 2021 would apply to its roughly 32,000 employees in North America who are already working remotely. The company, which has around 188,000 employees in total, said the policy does not apply to factory staffWhen Target announced its decision about June 2021 in a letter to staff last week, it said it would apply just to employees at its headquarters in Minneapolis. The company said that a small number of employees who rely on the headquarters facilities would continue to work on-site. In-store employees will work in retail stores as usual.

Some companies that have tried bringing employees back to the office already have grappled with safety concerns.

Last month, Goldman Sachs and JPMorgan Chase sent send some workers back home after employees who had returned to the office tested positive for the virus.

Health Tips for Kids in Winters

A Girl Wanted to Try Out for Boys Tennis. Ginsburg Helped Make it Happen. 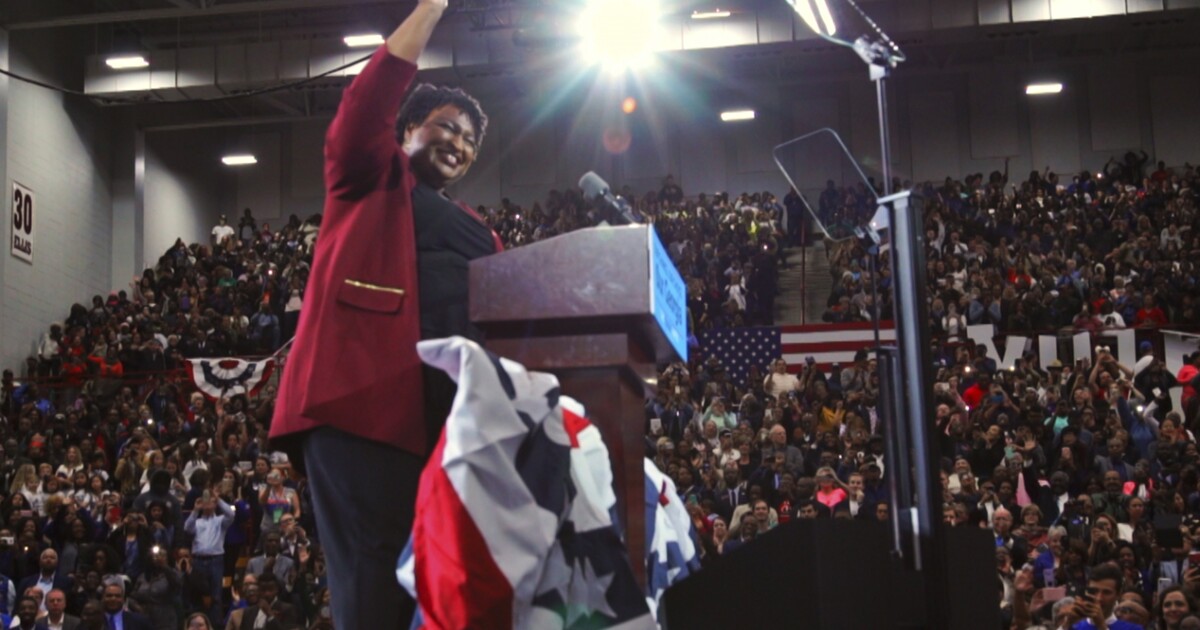 Review: Chin up, voters. Stacey Abrams and democracy are on your side