For a human, a breeze-ruffled garden is a peaceful scene: Dandelion seeds float, leaves rustle and flowers bob their heads.

But if you’re a bee, it’s a minefield. For a small creature with delicate wings, airborne seeds, shifting leaves and lurching flowers are basically projectiles, trap doors and Godzilla-tipped skyscrapers.

It’s a situation honeybees and other pollinators deal with daily as they gather nectar and pollen. But although researchers have looked into how bees navigate on blustery days, or through tight spaces, “no one has really pieced together how they move through moving obstacles in wind,” said Nicholas Burnett, a postdoctoral researcher at the University of California, Davis.

In a study published this month in the Journal of Experimental Biology, Dr. Burnett and colleagues addressed this gap — and found that when the going is tough, honeybees appear to high-tail it and hope for the best.

For the study, the researchers built a bee obstacle course. They spaced four rods an inch and a half apart on an oscillating platform that could move them back and forth, like swaying stems. They then put the whole setup inside a flight tunnel, with a fan on either end.

Honeybee volunteers were recruited from around campus. The researchers had them fly through the course one at a time, in various conditions — in still air, against a headwind, and propelled by a tailwind, and with either stationary or moving obstacles — and filmed their efforts with a high-speed video camera. The bees were then sent home again, unfortunately without prizes.

When they went to the tape, the researchers found that the bees’ flight strategy changed depending on the conditions they faced. When confronted with moving rods in still air, they flew more slowly than when they encountered stationary obstacles.

“You might interpret that as them being more cautious, because there’s this unexpected thing happening in front of them,” Dr. Burnett said. (In nature, quivering vegetation on a still day might indicate the presence of a predator, or a lawn mower.)

But when the wind kicked up — in either direction — the honeybees would “actually speed up how fast they’re flying” by about 50 percent when the rods were moving compared with when they were still, he said.

When faced with complex airspace, the bees seemed to act “cautious in still air and courageous in wind,” he said.

The study underscores that animals, including honeybees, are actually complex decision makers — “not one-trick ponies,” said Glenna Clifton, an assistant professor at the University of Portland who studies insect locomotion and was not involved in the study. In addition to wind, “there are numerous other factors that likely also play a role” in their flight choices, including light level, time of day and food abundance.

As for what accounts for these differing strategies, Dr. Burnett hypothesizes that it might be the same force that makes us run through rainstorms: the need to “get through the obstacles as fast as possible,” he said. This idea was underscored by further analysis, which focused on how successful bees managed to avoid collisions. In still air, slowing down was helpful. But in wind, speed didn’t matter, and a wipeout-free transit was determined by how well the bees aimed themselves as they flew through the rods.

That honeybees are using a “grin-and-sprint-through-it strategy” is an intriguing hypothesis, Dr. Clifton said, adding that she would like to see further study focused on whether there was a moment when the bees decided to accelerate.

It also reminded her of human competitors on obstacle-course reality TV shows.

“If you watch those shows, there are interesting moments when someone who is being cautious and deliberate figuratively throws their arms up, hopes for the best, and just goes for it,” she said. Sometimes that’s the most effective strategy.

‘A Lot of Bad News Out There’: Parenting in a Pandemic 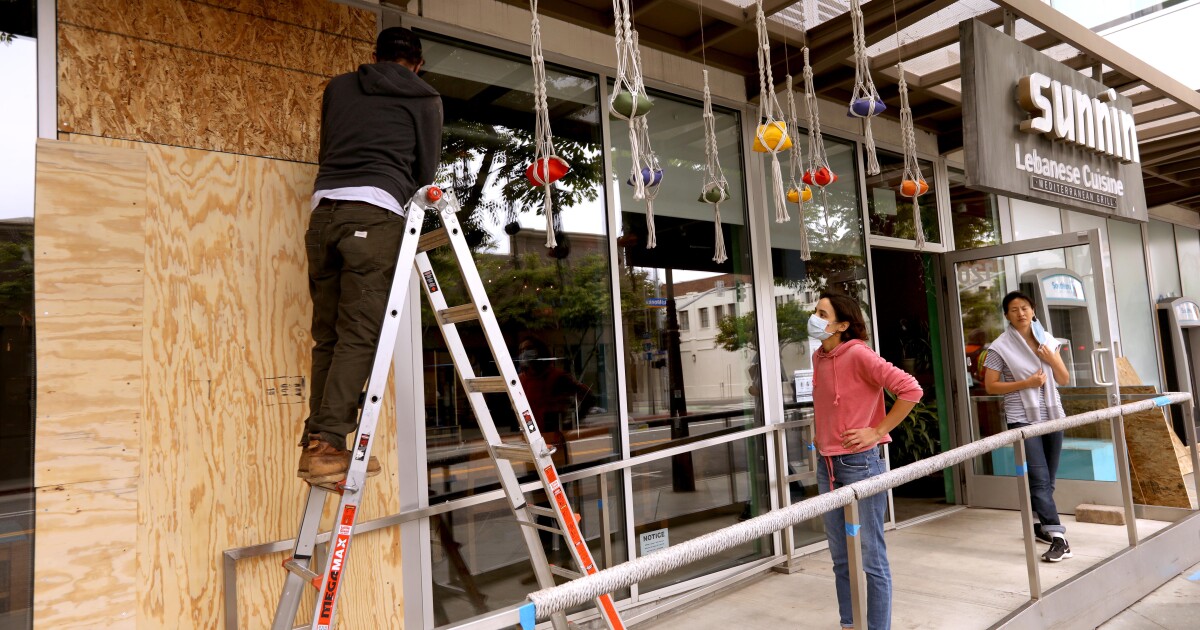 After vandalism hit their restaurant, a family hardly has time to ask, ‘What’s next?’

Mi TV 4 55 Will Not Get Any More Android TV Updates, Says Xiaomi

As Putin Dallies, Russia’s Small Businesses Are Withering Away