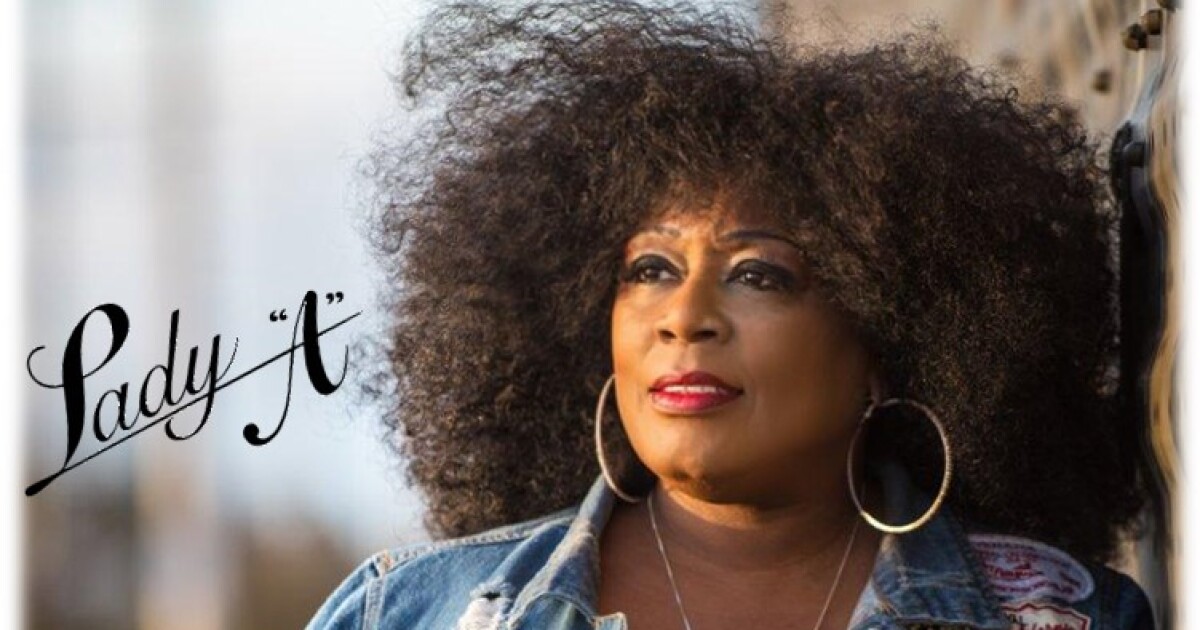 Blues singer Lady A is fighting back months after country band Lady A sued her in an ongoing dispute over their shared moniker.

On Tuesday, Seattle recording artist Lady A filed a trademark-infringement lawsuit in Washington state against the group formerly known as Lady Antebellum, alleging that its recent name change “has caused tortious injury” to her.

Singer Lady A, referred to in the complaint by her legal name, Anita White, is demanding that the trio drop the Lady A name permanently and is seeking compensation for damages she says she’s incurred as a result of the band’s rebranding. She has also laid claim to profits that the band — Charles Kelley, David Haywood and Hillary Scott — has collected while using the Lady A moniker.

“Lady Antebellum’s use of the LADY A mark has injured and will continue to injure Ms. White by causing the public to be confused or mistaken into believing that Ms. White’s music originates from, is sponsored by, endorsed by, or is otherwise associated with Defendants, resulting in the usurpation of Ms. White’s brand identity under the LADY A mark,” reads the complaint, which states that White has been performing under the name Lady A for nearly 30 years.

Reps for Lady A, the band, declined to comment further when reached by The Times on Wednesday.

The trio formerly known as Lady Antebellum altered their name in June in an effort to dissociate from the racist history of the pre-Civil War era, as nationwide protests against police brutality fueled widespread conversations about systemic racism in the United States.

In July, White called the band’s move “ironic” and performative, considering that its members adopted the name Lady A without the consent of a Black artist who has released six albums under the same moniker.

“Lady A is my brand, I’ve used it for over 20 years, and I’m proud of what I’ve done,” White told Rolling Stone shortly after Lady Antebellum became Lady A.

“This is too much right now. They’re using the name because of a Black Lives Matter incident that, for them, is just a moment in time. If it mattered, it would have mattered to them before. It shouldn’t have taken George Floyd to die for them to realize that their name had a slave reference to it.”

Tuesday’s filing states that White became aware of the group’s rebranding after receiving a call from Rolling Stone and texts from friends — and once “internet and social media searches for ‘Lady A,’ which had readily returned results for her music, were now dominated by references to Lady Antebellum.”

After the Rolling Stone interview, the trio and White met via video chat to discuss White’s concerns but could not come to an agreement over the name, according to White’s complaint. When White declined the band’s offer to promote her work or collaborate on a song in exchange for sharing the name, the trio sued the singer in an effort to keep the moniker.

“When we learned that Ms. White had also been performing under the name Lady A, we had heartfelt discussions with her about how we can all come together and make something special and beautiful out of this moment,” the band said after filing the suit — a decision the group said it was forced to make when White requested an “exorbitant” $10 million to allow them to continue as Lady A.

“We never even entertained the idea that she shouldn’t also be able to use the name Lady A, and never will — today’s action doesn’t change that.”

White later said she planned on donating half the $10 million to organizations such as Black Lives Matter, as well as musicians in need of legal counsel and a charity for seniors and youth in Seattle.

“They want to change the narrative by minimizing my voice, by belittling me and by not telling the entire truth,” White told Rolling Stone at the time.

“I don’t think of myself as a victim, but I’ve worked too long and too hard to just walk away and say I’ll share the name with them. They want to appropriate something I used for decades. Just because I don’t have 40 million fans or $40 million, that should not matter.”

New Xbox on schedule but game production may be slowed by coronavirus, Microsoft exec says

10 New Books We Recommend This Week

The Coronavirus Doesn’t Care When Sports Come Back

China’s digital health care start-ups get a boost from the coronavirus, Beijing and investors