LONDON — When Britain’s foreign secretary, Dominic Raab, arrives in Washington for a visit this week, he will carry some extra baggage as an emissary: His country is eager to reach a trade deal with the United States, but his government just introduced a bill that would renege on a landmark treaty with the European Union.

That may not matter much to the Trump administration. President Trump has walked out of his own share of international agreements and is deeply hostile toward the European Union. His aides are likely to give a warm reception to Mr. Raab, a committed member of Prime Minister Boris Johnson’s band of Brexiteers.

But it could hurt Britain if the White House changes hands after November’s election.

Former Vice President Joseph R. Biden Jr. opposed Brexit and would make a trade deal with Britain less of a priority than Mr. Trump has. He is also a staunch defender of Ireland, which could ignite tensions if Mr. Johnson insists on the new legislation, which would revise how the Northern Ireland border is treated.

“Each administration, regardless of which political party they represent, brings with them different approaches,” Mr. Raab said an interview Monday in his office in Whitehall. “We’ve got the agility and sensitivity to deal with that.”

Mr. Raab defended the legislation — which would give Britain the power to alter customs procedures for Northern Ireland if it cannot agree on permanent trading arrangements with the European Union — as a “precautionary and defensive and proportionate response to what the E.U. is doing.”

But it has stirred up Congressional Democrats, who fear that it could lead to the resurrection of a hard border in Ireland. That would threaten the Good Friday Accord, which ended decades of sectarian violence in Northern Ireland. They warn that this would torpedo a trans-Atlantic trade deal in Congress.

“What were they thinking?” House Speaker Nancy Pelosi said last week, referring to Mr. Johnson’s move to revise the withdrawal agreement. “Whatever it is, I hope they’re not thinking of a U.S.-U.K. bilateral trade agreement.”

On Wednesday in the Capitol, Mr. Raab will meet with Ms. Pelosi, along with Representative Richard E. Neal, the Massachusetts Democrat who is chairman of the House Ways and Means Committee and an influential defender of Ireland’s interests. Mr. Neal said that he met with Mr. Raab a few months ago and that he had been blindsided by the latest changes in the government’s policy toward Northern Ireland.

In fact, Mr. Raab argued, it is the European Union that is putting peace in Northern Ireland at risk by insisting on a border between it and the European single market. To avoid a border bisecting the island of Ireland, London and Brussels agreed instead on one that runs up and down the Irish Sea.

Mr. Johnson said that without a permanent trade agreement, however, the European Union could use the so-called Northern Ireland protocol to unravel the United Kingdom. Mr. Raab complained that the bloc was trying to impose “different terms” on Britain than it offered countries like Canada or South Korea.

“Any self-respecting democracy the size of the U.K. would push back on that,” he said.

But that is not how many British leaders see it.

All five former prime ministers — three of them Conservatives — have warned that backtracking on the deal would damage Britain’s moral standing. How, some ask, can Britain condemn China for violating its agreement with Britain on Hong Kong when it is willing to breach a legal treaty with the European Union?

The tensions over Northern Ireland come even as Britain has eased its main source of friction with the Trump administration: China. Mr. Johnson acceded to Mr. Trump’s demand that Britain cut the access of the Chinese telecommunications giant, Huawei, to its 5G network. And Britain’s criticism of China’s crackdown on Hong Kong won praise from Secretary of State Mike Pompeo.

Mr. Raab, however, suggested that Britain would try to stake out a middle ground between the Trump administration’s hawkish stance on China and the more conciliatory approach of the European Union. Britain, he said, still sought a cooperative relationship with Beijing on issues like climate change.

“We don’t think it’s a foregone conclusion, and we don’t want it to be a self-fulfilling prophecy, that we slip into some kind of cold war standoff,” he said.

Mr. Raab, who as a young man volunteered on a kibbutz in Israel and worked later on the West Bank, said he was encouraged by the announcement that Israel would normalize relations with the United Arab Emirates and Bahrain. He said the Palestinians needed to seize the moment to restart talks with Israel.

“It’s a great opportunity for them now, because annexation has been taken off the table for the foreseeable future,” Mr. Raab said.

One issue on which a Biden presidency might make life easier for Britain is Iran. It recently declined to support the Trump administration in its lonely bid to restore United Nations sanctions against the Iranians. “We were in the market for a resolution that could pass,” Mr. Raab said briskly.

Predictably, he steered clear of American politics in the interview.

Britain’s goal, he said, was to “add value” to the United States, pointing to a summit meeting it is organizing at the United Nations General Assembly on coronavirus vaccines and a multibillion-dollar aid project to ease a potential famine in war-torn Yemen.

“We’ve got not just water under the bridge with the U.S.,” Mr. Raab said. “This is a friendship that runs deep.”

Pompeo Confirms He Was Questioned By IG’s Office Before Firing, Denies Retaliation

‘White Fragility’ Is Everywhere. But Does Anti-Bias Training Work?

5 reasons why Singapore’s upcoming general election is worth watching 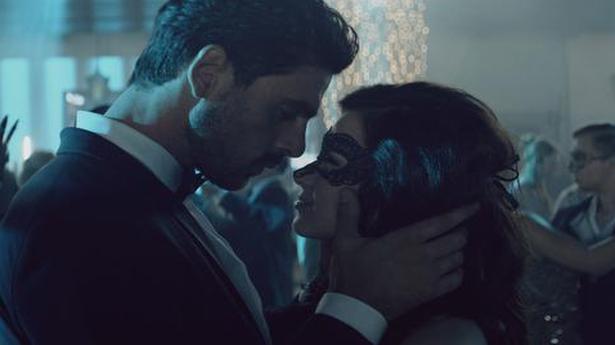 Rev. Al Sharpton Slams Trump: ‘We Cannot Use Bibles As A Prop’

In China, coronavirus cases may be 8 times more than official numbers: Report