While the pandemic-prompted closing of Broadway is expected to drag into next summer or fall, these and other adventurous performing arts organizations argue that their futures need not wait that long. They are pressing state regulators to consider a series of architectural advantages that they say should make their buildings easier to adapt for safety than the glorious but cramped houses that symbolize New York’s theater district.

Most significantly: their venues all have flexible seating, meaning no chairs fastened to the floor, which they say makes social distancing much more feasible. Also implicit: these institutions are nonprofits, which makes it plausible for them to reopen with sharply limited seating capacity, because they don’t need to cover their production costs with ticket sales.

“We need to start breathing life back into this carcass that is our industry,” said Alex Poots, artistic director and chief executive of the Shed, a cultural center that opened last year in the new Hudson Yards development on Manhattan’s West Side, and that has since revised its website to note the ease of social distancing in its cavernous space, which even has a retractable roof.

“We all know that theater, music, and the performing arts are dying on their feet right now,” Poots said, “and if we can find a safe way of getting back to work, surely that has to be taken seriously.”

The New York Forward advisory board, which is shaping the state’s reopening strategy, is receptive to the argument that some venues should be allowed to open before Broadway does.

“New York Forward has been working collaboratively with all segments of the performing arts industry and are on a path to see performing arts return to New York,” Steven M. Cohen, the co-chair of the advisory board, said in a statement. “Of course, this is not an all or nothing proposition, so it’s likely that certain segments, such as flexible spaces, will be likely to find their spaces again in use sooner than some other traditional theaters, provided the health situation permits.”

One sign of good will: the state quietly declared recently that its guidelines allow flexible multidisciplinary spaces to be legally used for activities like rehearsals (now underway at the Armory), gallery exhibits (opening this week at the Shed), and film production. But the holy grail — ticketed events featuring live performers — remains out of reach, so far.

“We’re happy that we’re allowed to rehearse and tape performances in our space,” said Patricia Cruz, the executive director of Harlem Stage, which presents work inside a decommissioned aqueduct gate house. “But there is a sadness that has occurred in New York’s culture when we can’t enjoy live performances — I know I came to New York for that purpose — and our artists are suffering mightily.”

The varied venues pressing for an opportunity are all in New York City. But the potential beneficiaries are statewide — new research by the New York State Council on the Arts finds that 45 percent of performance venues surveyed had “majority flexible seating.”

Seating is not the only advantage these buildings have in responding to the coronavirus pandemic. Many also have high ceilings and large open floor areas, and some are not constrained by characteristics that complicate the reopening of Broadway — orchestra pits, backstage quarters, lobbies and even restrooms that now seem uncomfortably tight.

Their task force has put together a lengthy list of safety protocols for the governor’s consideration, and is arguing that their buildings can be at least as safe as restaurants, bowling alleys, gyms, churches, casinos and museums, all of which have been allowed to reopen. As has become the standard these days, all audience members would have to be masked, and each party of ticketbuyers would have to be socially distanced from one another.

All the venues say they would radically reduce the size of their audiences to make an initial reopening possible. The Shed, which has held concerts for 2,300, says it could socially distance 300; the Armory, which often seats 1,000, proposes an audience of 96; Harlem Stage, which normally seats 160, is proposing audiences of 41.

The initial shows being contemplated are fairly stripped down — small casts, minimal sets — to reduce costs. Susan Feldman, the artistic director at St. Ann’s, which previously brought artists from around the world to perform in a former tobacco warehouse in Brooklyn Bridge Park, said she imagines restarting with local musicians.

Already, she is inviting some to perform unannounced (to avoid drawing crowds) from atop the theater’s roof. “We’re not saying we have to have everybody in the building right away, but we want a pathway that recognizes it’s not one size fits all,” she said.

The Shed is reconfiguring a show it had already planned. The nonprofit’s late winter schedule had included a new play by Claudia Rankine called “Help,” which was to run 70 minutes and feature one Black actress (Roslyn Ruff) surrounded by 18 white men.

Now “Help” has been reworked into a 47-minute monologue without an audience to be filmed by Phillip Youmans (“Burning Cane”); if the Shed gets permission, it will be staged for live audiences, too.

Because most of the flexible venues are nonprofits, they do not face the same pressure to make money at the box office that commercial producers face; they can instead seek support from foundations and individual donors.

The Park Avenue Armory, which presents work inside a grand 19th-century military facility on the Upper East Side, is already deep into rehearsing “Afterwardness,” a new commission by the choreographer Bill T. Jones.

The immersive production, with no stage, dancers placed across the room, and a cast of 96 coronavirus-tested people portraying audience members, is to be filmed next weekend; the Armory hopes to perform it eventually for paying audiences. Rebecca Robertson, the Armory’s president and executive producer, said she had other dance and music pieces she’s prepared to stage, too.

“Artists are leaving the city, and the ecology is eroding,” she said. “We can provide employment to artists and crew and support staff. We can be that glimmer of hope.”

Trump On Police Chokeholds: ‘Concept’ Is ‘Innocent, So Perfect,’ But Should Be Ended

The Chinese yuan is still far from becoming a ‘safe-haven’ alternative to the U.S. dollar, Citi says

How To Get Trump To Wear A Mask: Tell Him It’s A Border Wall For His Face, Trevor Noah Urges 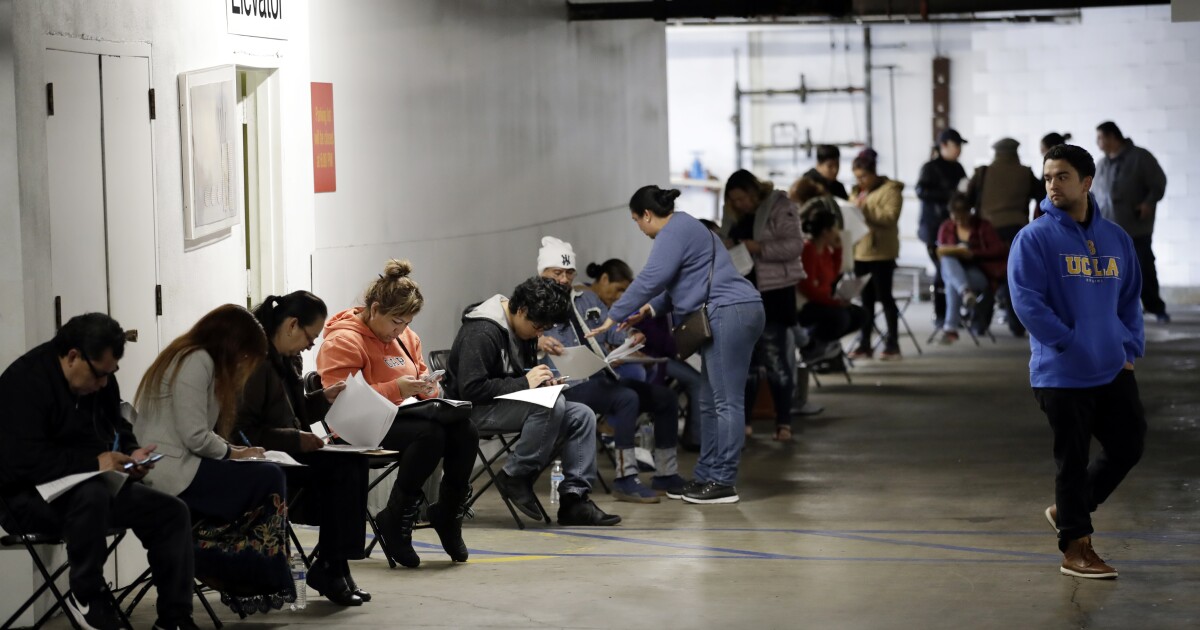