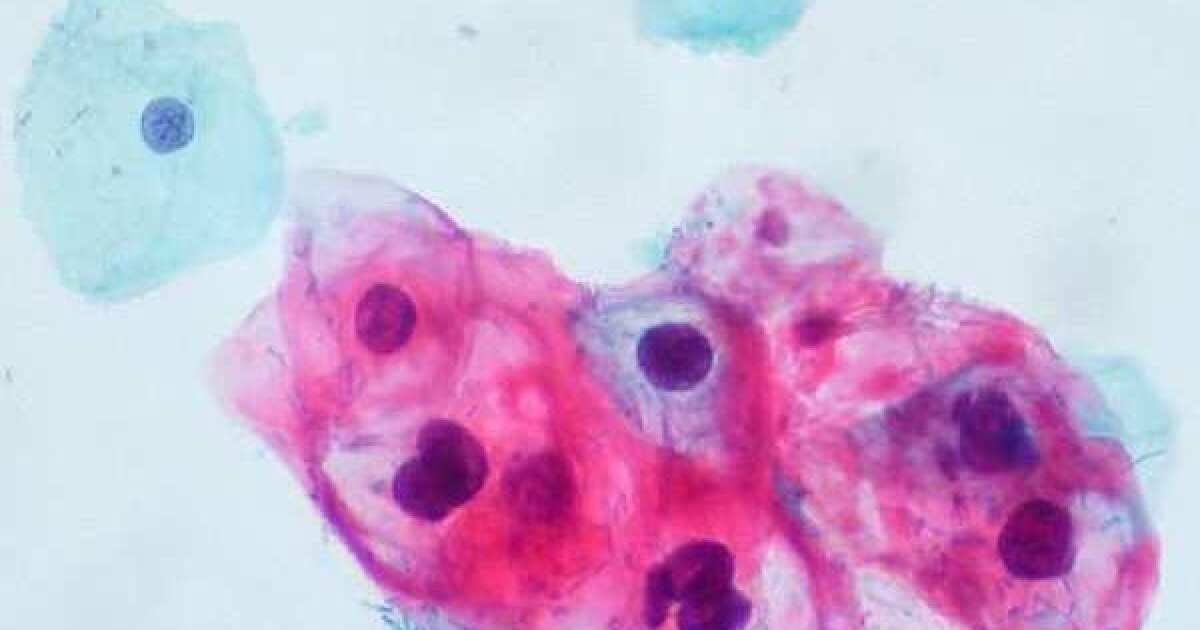 U.S. health experts want to test a different way for women to fight cervical cancer from the comfort of their homes and move the country closer to eradicating a disease that kills more than 4,000 Americans each year.

First, use a tiny brush to briefly swab the vagina and collect cells. Then slide the swab into a screening kit and drop it into the mail.

The National Cancer Institute plans to launch a multisite study next year involving roughly 5,000 women to assess whether a simple, at-home test such as this is comparable to screening in the office by a clinician.

Nearly 14,000 women in the U.S. will be diagnosed with the highly preventable cancer this year, and those who are uninsured or can’t get regular medical care are more likely to miss out on lifesaving screening, said Vikrant Sahasrabuddhe, a program director in the NCI’s Division of Cancer Prevention. If women could collect the vaginal and cervical cells to be tested for human papillomavirus, or HPV — the virus that causes virtually all cervical cancers — they could get screened from home, just as home-based stool samples can be used to detect colon cancer, he said.

“What we have seen is this persistent group of women who continue to get cervical cancer every year,” said Sahasrabuddhe, who oversees studies involving HPV-related cancers. “And that number is really not going down.”

Federal officials hope the research will fast-track a test approved by the Food and Drug Administration that could be part of screening guidelines if self-sampling proves to be effective, Sahasrabuddhe said.

Rather than wait for self-sampling studies to be done by the companies that make the HPV tests, federal officials will team up with the companies, academic institutions and others in a public-private partnership. NCI researchers, who expect to spend about $6 million in federal funds, will oversee the study’s data and analysis.

“If every company goes and does their own trial, they may take years to achieve it,” Sahasrabuddhe said. “We want to accelerate that process.”

HPV self-sampling, already promoted in countries such as Australia and the Netherlands, is one of several approaches that U.S. health officials are pursuing. Another is to vaccinate adolescents against HPV, which is transmitted through sexual activity.

As of 2018, nearly 54% of girls had been fully vaccinated by age 17, as had almost 49% of boys, according to the most recent federal data. The countries that have had better success in reducing cervical cancer — one analysis predicts that Australia is on track to eliminate the disease — have emphasized HPV vaccination for adolescents.

Federal officials still advise vaccinated women to get regularly screened, as the vaccine doesn’t guard against all strains of HPV that can cause cervical cancer. But persuading women to come into the office for the physical exam can be a tough sell.

For some, access or cost may be an issue. Most insurance plans cover screening, and there are some public programs available. But uninsured women who are unaware of them may have to pay for an office visit and test.

Besides, women can’t always break away from work or find child care, or they may have had “negative emotions or experiences in the past with pelvic exams,” said Rachel Winer, a professor of epidemiology at the University of Washington School of Public Health who studies HPV self-sampling.

Roughly 4 out of 5 women get regularly screened for cervical cancer, but the rates peaked around 2000 and have been on a slight decline since, according to federal data. That figure, which is based on patient self-reporting, may be optimistic. Another analysis, which looked at the medical records of 27,418 Minnesota women ages 30 to 65, found that nearly 65% were up to date as of 2016, according to a report published last year in the Journal of Women’s Health.

“Sadly, I think our data is probably more reflective of what’s happening with screening rates in our country,” said Dr. Kathy MacLaughlin, a study author and researcher at Mayo Clinic in Rochester, Minn.

One hurdle to getting screened may be the complexity of the guidelines, MacLaughlin said. Rather than an easy-to-remember annual exam, screenings occur at intervals of longer than a year. A woman’s age helps determine when the HPV test or a Pap smear, which collects cells from the cervix to look for precancerous changes, is recommended by the U.S. Preventive Services Task Force.

“It’s just that challenge of, how do any of us remember to do something every three years or every five years?” MacLaughlin said. “That’s hard.”

While the NCI hasn’t yet settled on the precise self-sampling approach it will use, the technique generally requires the woman to insert a tiny brush into her vagina and rotate it several times to collect the cells. Then she slides the brush into a specimen container that has a preservative solution and returns the kit for HPV analysis.

According to a review of studies published in 2018 in the medical journal BMJ, the accuracy of identifying HPV was similar when the samples were collected by women at home as when collected by clinicians.

A urine-based HPV test, which may prove easier for women to perform, also is being studied, said Jennifer Smith, a professor of epidemiology at the University of North Carolina’s Gillings School of Global Public Health.

Before companies can pursue applications for an FDA-approved home test, the efficacy of self-sampling to detect HPV has to be shown to be comparable to the standard clinic test, though perhaps it may not be quite as accurate as when a clinician is involved, Sahasrabuddhe said.

NCI officials are still finalizing study details. But the plan is to invite four companies that already manufacture HPV tests to participate, Sahasrabuddhe said. The companies will pick up the tab for the cost of the tests as well as future fees related to pursuing license applications through the FDA, he said. Sahasrabuddhe expects the study results to be available by 2024, if not sooner.

Any woman who tests positive for HPV will be referred for procedures, including possibly a biopsy, to look for abnormal cells or cervical cancer, Sahasrabuddhe said.

If an FDA-approved home test is developed, it’s crucial that uninsured women and others who don’t have easy access to medical care be able to get those procedures, Smith said.

“You just don’t send random kits out to people’s homes,” Smith said, “and not ensure that they have someone to talk to about the results and are going to be able to be integrated into a follow-up system.”

Huff writes for Kaiser Health News, a nonprofit news service covering health issues. It is an editorially independent program of the Kaiser Family Foundation and is not affiliated with Kaiser Permanente.

‘Driveways’ Review: What Friends Are For Germany’s economic response to the coronavirus crisis is an example for the world, union chief says 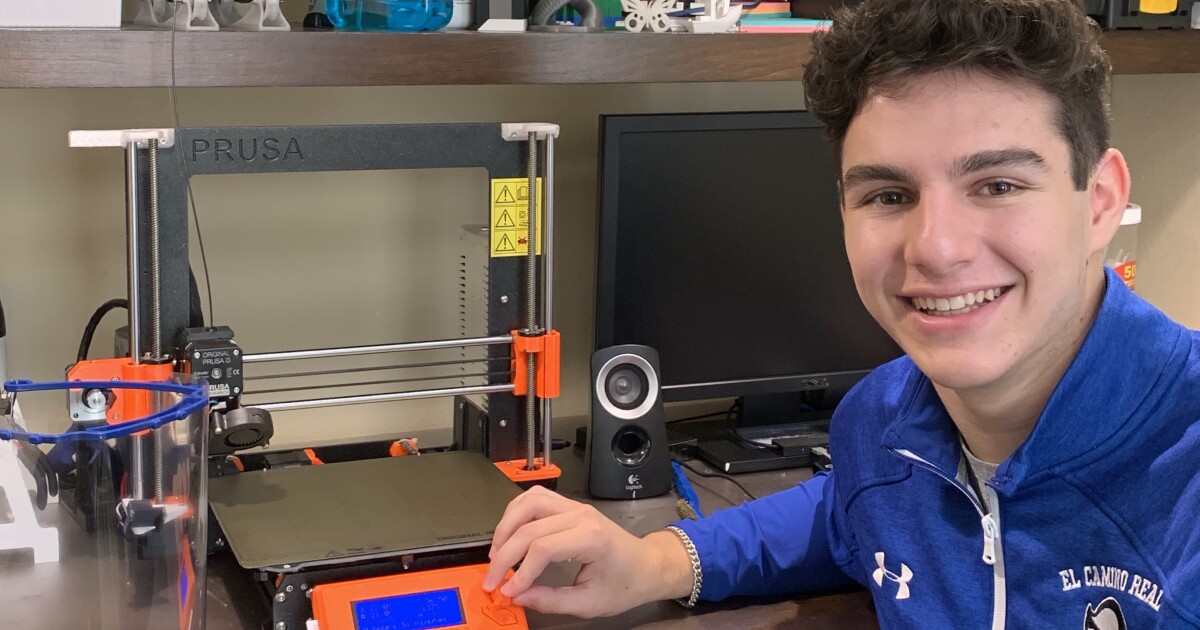