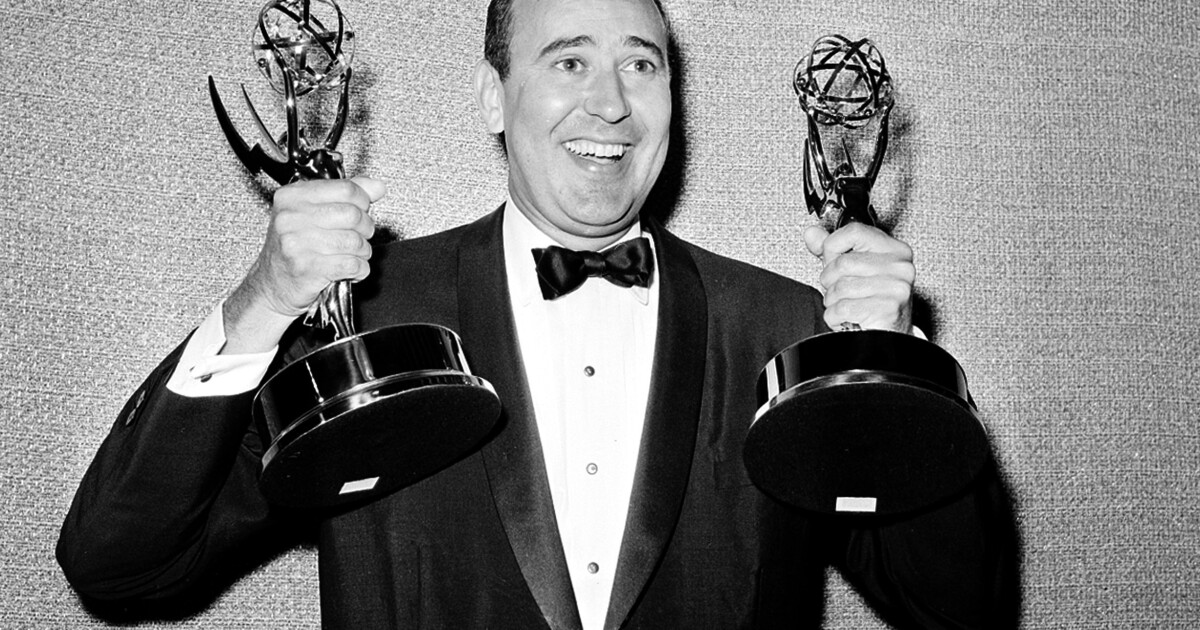 Carl Reiner, who died Monday at the age of 98, was a humble powerhouse of the lively arts — actor, screenwriter, producer, director, novelist, playwright, tweeter, double-act comedian, witness to his times.

As a writer-performer on Sid Caesar’s “Your Show of Shows” and “Caesar’s Hour,” and the creator and producer of “The Dick Van Dyke Show,” where he sometimes appeared and which he also directed, he was golden in the Golden Age of television. He was the interlocutor to Mel Brooks’ 2,000 Year Old Man (and sundry other inventions), born in the Caesar writers’ room when Reiner put a wire recorder in front of Brooks, whom he had met the day before — improvising in the person of a Jewish pirate — and said, “Here’s a man who was present at the crucifixion. You knew Jesus?” And Brooks was off: “I knew him, I knew him. He came in the store every day … a little candy store. He came in with 12 other guys. They never bought anything.”

On screen, Reiner was most notably a straight man, a supporting player, a maker of cameo appearances, a presence felt, noted, appreciated, but never overbearing. For much of his career he was an invisible presence, behind a typewriter or camera, and he brought a similarly light hand to the movies he directed — “Where’s Poppa?,” “Oh God!” and four Steve Martin films, including “The Jerk” and “Dead Men Don’t Wear Plaid,” which he co-wrote, among them — highlighting the performers and the material without calling attention to the presentation. His own indispensable craft was never the main point.

“I was a second banana,” Reiner told me in 2018 when a Caesar DVD box set was released. “But when the first banana is the greatest banana in the bunch, you don’t mind being a second banana.” Working with Caesar, he said “was a college to me. It was exciting because of the feedback we got from the audience, the letters that came in. Jack Benny, when he would see a good sketch, he’d call up Sid and say, ‘Just great, just great.’ We felt awfully well paid in compliments, no question about that. And when Emmys were given out we were given Emmys.”

It’s easy to underestimate the straight man’s job. It is a sort of reverse judo, using one’s weight to hold your partner in place, and in Caesar and Brooks, Reiner found himself partnered with madmen who needed an anchor. But there is more to that than just feeding a comedian lines; your timing needs to be at least as good, your acting on point. You need to hold your ground, while moving lightly upon it, to be simple but effective. There is a real pleasure watching old clips of the Caesar shows or the double act with Brooks and just focusing on Reiner, the way you might direct your attention to Ginger Rogers as she dances with Fred Astaire. Tall and what one might call ordinarily handsome, he was distinctive in an easygoing way.

Brooks has said that life went out of their routines when they were codified into a repeatable act, but the 2,000 Year Old Man got them on “The Ed Sullivan Show” and “The Hollywood Palace” and record albums and made them famous to a generation too young to have seen “Your Show of Shows.” (My own knowledge of Reiner starts there.) They were also, beneath the nonsense, a couple of urbane Jewish gents, first-generation Americans from the outer boroughs of New York City, and that meant something too.

Reiner’s own life recurs through his work, grounding it in honesty. (“You have to imagine yourself as not somebody very special, but somebody very ordinary,” he wrote of comedy writing. “If you think of yourself as something very special, you’ll end up a pedant and a bore.”) In creating the show that would become “The Dick Van Dyke Show,” he asked himself, “What piece of ground do I stand on that nobody else stands on?” Reiner told Conan O’Brien in 2016. He played the lead in the pilot, then called “Head of the Family” — a writer on a television variety show, living, as he did, in New Rochelle, N.Y. — which went nowhere. “I’ll get a better actor to play you,” was producer Sheldon Leonard’s solution; Dick Van Dyke and Mary Tyler Moore brought a New Frontier freshness to the show, while Reiner would go on to appear as the Caesar-esque Alan Brady, a role he much later revived for an episode of “Mad About You”; an animated Comedy Central series, “The Alan Brady Show”; and a “Dick Van Dyke” reunion special.

The 1967 comedy “Enter Laughing,” the first film Reiner directed, and which sports a wonderful cockeyed performance by Elaine May, was based on a play by Joseph Stein, based in turn on Reiner’s memoir of his early experience in the theater. Though he only acted in “The Russians Are Coming! The Russians Are Coming!,” his one starring role, in 1966, he played a writer, struggling to finish a play. The film gives you a sense — a better sense than the “Head of the Family” pilot does, in fact — of what a “Dick Van Dyke Show” starring Carl Reiner might have been like, with a testier lead and a mouthier child. He performs some memorable physical comedy there as well, tied face-to-face with an elderly telephone operator.

Above all, he was, seemingly, a mensch. I can’t exactly pinpoint why I think so, though I did interview him a couple of times and found him very gracious, and once, at a friend’s wedding, spent a short time in his company watching a dachshund puppy closed in a bathroom. (I don’t suppose he remembered that as well as I do.) His inveterate tweeting might have something to do with it, sometimes funny, sometimes righteous, sometimes simply appalled — “As I arose at 7:30 this morning,” he wrote on the day he died, “I was saddened to relive the day that led up to the election of a bankrupted and corrupt businessman who had no qualifications to be the leader of any country in the civilized world.”

But he also tweeted admiringly about Noel Coward that day, as if Coward’s was the work ethic people should really admire, and on Saturday wrote, “Nothing pleases me more than knowing that I have lived the best life possible by having met & marrying the gifted Estelle (Stella) Lebost — who partnered with me in bringing Rob, Annie & Lucas Reiner into to this needy & evolving world.”

Indeed, it might be that he was married to the same woman for 65 years, until her death in 2008, and that his kids seem like decent people, that makes me think so well of this very familiar stranger. Maybe it’s that he didn’t let age get him down. After he stopped writing and directing movies, he wrote books, appeared on talk shows and panels — where he was a generous and open and entertaining guest — and continued to hang out with Brooks. Their regular dinner-and-a-movie date was common knowledge, and memorialized in a 2012 episode of Jerry Seinfeld’s “Comedians in Cars Getting Coffee.” I saw them interviewed by Judd Apatow around the same time, and they were like an old married couple themselves. Or maybe it’s just that I grew up on his comedy, which did me no harm and very much good.

Trump vows oil rescue that he’s been powerless to deliver 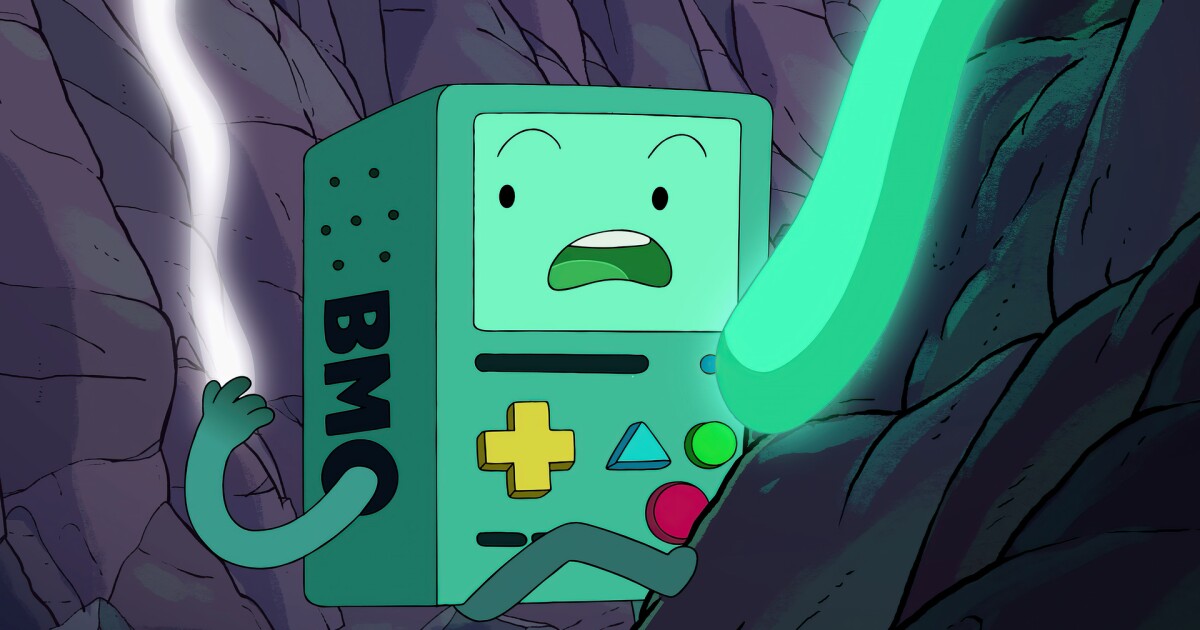 Could This Famous Economist From A Century Ago Solve Today’s Job Market Crisis?