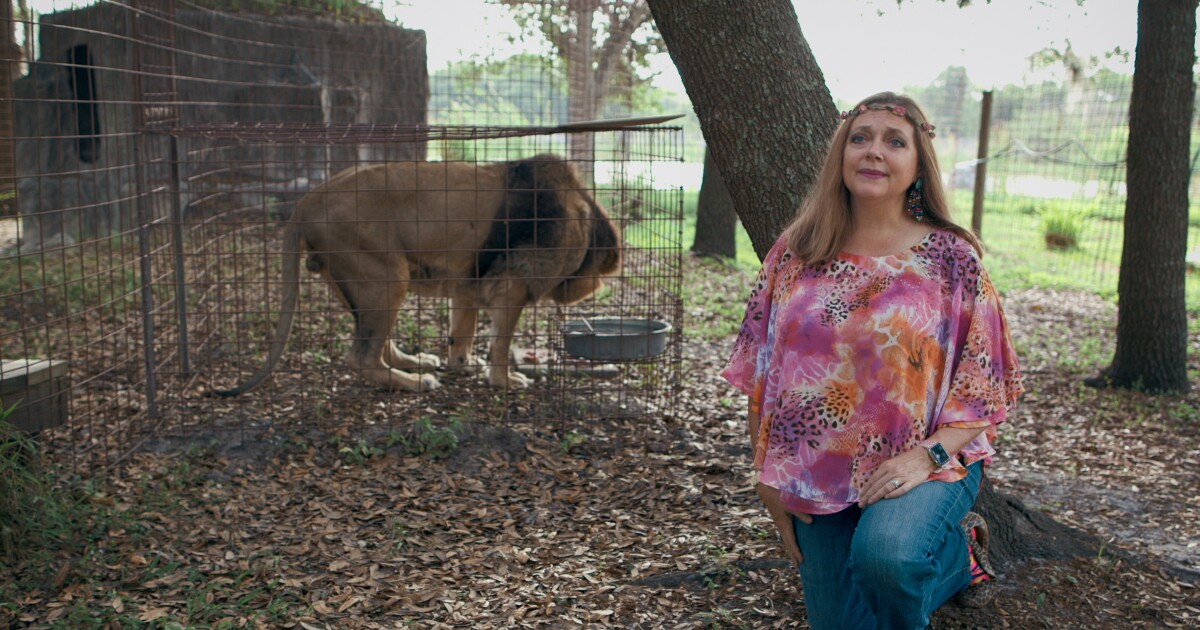 Get your eyes ready to roll.

Carole Baskin, who rose to fame on the hit Netflix series “Tiger King,” will perform on “Dancing With the Stars” to Survivor’s “Eye of the Tiger” when the show returns next week.

Yep, no surprise there.

The song was her first choice, as was the decision to compete on the TV series.

“We had over 190 media outlets reach out to us after ‘Tiger King,’” the Big Cat Rescue CEO recently told Entertainment Tonight. “And we turned all of them down.”

Until, that is, the dance competition show rolled around. Baskin’s daughter talked her into considering it, she told E! News.

“‘Mom, you got to do this,’” Baskin quoted her daughter. “Once I found out how it actually worked, I was even more mortified, but I wanted to do it for my daughter because she does so much for me.”

And her costume might be just as cringe-worthy as her song.

“I gave them the instructions that no fur, no feathers, no leather, and anything else,” Baskin told E! as she sat outside the costume department. But flower crowns, she clarified, she would consider.

So why put herself through all of this? The self-proclaimed big-cat rights activist slightly shaded Netflix in her reply.

“I have always been strictly focused on protecting big cats and saving them in the wild,” Baskin told ET. “The editors of ‘Tiger King’ chose not to focus on that part of what I do. I’m really hoping the editors of ‘Dancing With the Stars’ do.”

“I am really hoping that ‘Dancing With the Stars’ will keep those cats first and foremost in the front of the viewers,” Baskin said. “So that they are constantly thinking about those cats being in cages and being exploited so that we can change that and end the private possession and the cub handling.”

Of the animals that Big Cat Rescue houses, the International Union for Conservation of Nature’s Red List marks lions as “critically endangered” and tigers as “endangered.”

“That’s why I feel so much pressure to stay in this competition for as long as I possibly can,” Baskin told E! “Because every single week, I hope to be giving that message in front of people that these cats don’t belong in cages, and we have to save them in the wild before they disappear completely.”

How Bailout Backlash and Moral Hazard Outrage Could Endanger the Economy

Kerala gold smuggling case: What has happened so far

Google will reimburse up to $1,000 for employees to buy work-from-home gear

‘Palm Springs’ | Anatomy of a Scene