(Want to get this briefing by email? Here’s the sign-up.)

We’re covering a surge in anti-Chinese anger in India, a backlash against salmon in Beijing and an email slip-up in Britain that helped us land a story.

An anti-China backlash in India

Anger is surging in India over the loss of 20 soldiers in a brutal, hand-to-hand border clash with Chinese troops fought with clubs and rods studded with nails. There have been angry calls to shut down Chinese restaurants and tear up contracts with Chinese companies. Crowds have smashed Chinese-made televisions in the street.

Generals from the two countries met again on Thursday to discuss de-escalation in the Himalayan border zone where the brawl erupted, but satellite images indicated that Chinese troops had yet to pull back.

Some Indian Army officers want to change the rules of engagement and abandon the border code that does not allow the use of guns during confrontations.

Spillover in trade: The Indian Express newspaper reported that the government was preparing to cancel a huge railway contract with a Chinese company.

Protests have broken out across India to boycott Chinese goods, a move that would not be easy. The phones in most Indians’ hands are made in China, as are countless other products. India-China trade has grown to more than $95 billion in 2018 from $3 billion in 2000. As of last year, India’s trade deficit with China reached nearly $60 billion.

When reports from Beijing said traces of the coronavirus had been found on cutting boards used for imported salmon at a vast produce market, the backlash was swift.

By the time Chinese officials acknowledged that imported salmon was not responsible for the city’s new outbreak, business at Japanese restaurants in Beijing had dropped sharply, and salmon suppliers in Norway and the Faroe Islands had seen Chinese orders evaporate. A vendor at Jingshen market, which processes much of the city’s seafood, said he had seen sales of all seafood drop by 80 percent since last Friday.

Context: With Chinese nationalism on the rise, imported salmon proved an easy target. The Chinese authorities have for months waged a propaganda campaign to highlight their successes in taming the virus and to deflect blame for the pandemic to outsiders.

Outbreak details: More than 130 people in Beijing have tested positive. Officials have closed workplaces, restaurants and hotels in parts of the city. The cluster has been traced to the Xinfadi market in the city’s south, but the precise source remains a mystery.

Here are our latest updates and maps tracking the outbreak.

The Times is providing free access to much of our coronavirus coverage, and our Coronavirus Briefing newsletter — like all of our newsletters — is free. Please consider supporting our journalism with a subscription.

Mixed messages from the U.S. on Uighur camps

China lashed out at the U.S. on Thursday, a day after President Trump signed into law a bill that allows for sanctions on Chinese officials involved in the detention of Uighurs in camps in Xinjiang.

But accusations by John Bolton, Mr. Trump’s former national security adviser, have muddied the issue. In his new book, Mr. Bolton said Mr. Trump had questioned why the U.S. would impose sanctions on the Chinese officials involved.

In a private meeting with President Xi Jinping last year, Mr. Bolton wrote, the president even accepted the Chinese rationale for the creation of a vast system of camps and surveillance in Xinjiang. The report dismayed Uighur activists.

Context: Fury at China is a pillar of Mr. Trump’s re-election strategy — and that of many Republican lawmakers. The administration has intensified its criticism of China on a variety of fronts, including for its aggressive move to limit Hong Kong’s autonomy and handling of the coronavirus pandemic.

China response: After a meeting in Hawaii on Thursday between China’s top diplomat, Yang Jiechi, and Secretary of State Mike Pompeo, China’s Foreign Ministry said the U.S. should support what it described as a successful antiterrorism campaign in Xinjiang.

If you have 7 minutes, this is worth it

Football is back in Europe, baseball in Asia and rugby in New Zealand. But in the United States, which has the world’s largest coronavirus outbreak, the return of sports is not going particularly well.

Several major leagues have announced comeback plans, but there are no regular-season games on public schedules and no clue as to when teams might play again in home arenas and stadiums. There are no firm plans for bringing back fans. One of our sports reporters look at the disarray.

Hungary rights: Hungary’s restrictions on the financing of civil-society organizations are unlawful, the European Court of Justice ruled in a resounding rebuke to Prime Minister Viktor Orban.

Climate and childbirth: New research examining more than 32 million U.S. births shows that pregnant women exposed to high temperatures or air pollution are more likely to have children who are premature, underweight or stillborn, with African-Americans accruing the deepest harms.

In memoriam: Dr. Tomisaku Kawasaki, 95. In 1967, he first identified a disease in children that remains mysterious and that has recently been in the news in relation to Covid-19.

Snapshot: Above, students and artists working on a huge street mural reading “Power to the People,” which will be unveiled today in Detroit. Protest art has been flourishing in the U.S., capturing the movement for racial justice.

What we’re reading: This article on Xi Jinping in Nikkei Asian Review. The Chinese president turned 67 this week, an age that usually signals the final year in party office. Here’s a look at the battle for influence shaping up in China’s corridors of power.

Cook: This savory loaf packed with cheese and olives can be served with slices of tomato and onions, or eaten plain for a snack.

Watch: Our critics revisit “Nine to Five,” a comedy about three secretaries — played by Jane Fonda, Lily Tomlin and Dolly Parton — who stage a revolt against their chauvinistic, handsy boss. It was released in 1980, way before the #MeToo movement.

Do: Here are some tips on what you can do to attract birds to your garden.

At Home has our full collection of ideas on what to read, cook, watch and do while staying safe at home.

Jane Bradley, an investigative reporter based in London, got quite a surprise as she and her colleague Ben Mueller worked on an article The Times published this week: “England’s ‘World Beating’ System to Track the Virus Is Anything But.” Here’s the story.

I had just powered up my laptop to make the final edits to an article about the British government’s chaotic contact tracing system, expecting to see a typically bureaucratic response from officials to our latest questions.

A message from my co-reporter, Ben Mueller, pinged: Had I seen last night’s email from a senior press officer at the Department of Health and Social Care?

I darted to the thread, curiosity turning to astonishment.

Ben and I had interviewed more than a dozen contact tracers, public health officials and local government leaders, and were hearing about how much wasn’t working. We’d looked at screenshots from a private Facebook group on which tracers were complaining that they were still waiting for login details two weeks after the program’s start. And we’d discovered that the secretive contract for the tracing effort with Serco, an outsourcing giant, cost the British government 108 million pounds, or about $136 million.

But when we asked officials a basic question — why they had halted contact tracing in March, before reversing course, the official line was that tracing had never stopped and to claim otherwise would be entirely wrong.

It began mundanely: The press officer said she was handing over my questions to colleagues. But a little deeper in, she accidentally included internal discussions about my query about the halt to contact tracing in March. “The answer to this,” wrote an official, “is we basically didn’t have the testing capacity.”

It was a rare and candid glimpse behind the curtains of Westminster and its usual political spin that the government, of course, did not want us to publish. The email was a “brief internal discussion” which was inadvertently sent and was not for quoting, their press officer said after I invited comment before publication.

But my editors disagreed. When a senior government press officer inadvertently reveals information in the public interest as part of an official response to newsworthy questions, journalists have a duty to report that — especially the parts that usually stay behind closed doors (or email).

That’s it for this briefing. See you next time.

P.S.
• We’re listening to “The Daily.” Our latest episode is about Joe Biden’s search for a running mate.
• Here’s our Mini Crossword, and a clue: Black-and-white cookie (4 letters). You can find all our puzzles here.
• Today, The New York Times is commemorating Juneteenth, an annual holiday celebrating the end of slavery in the United States. 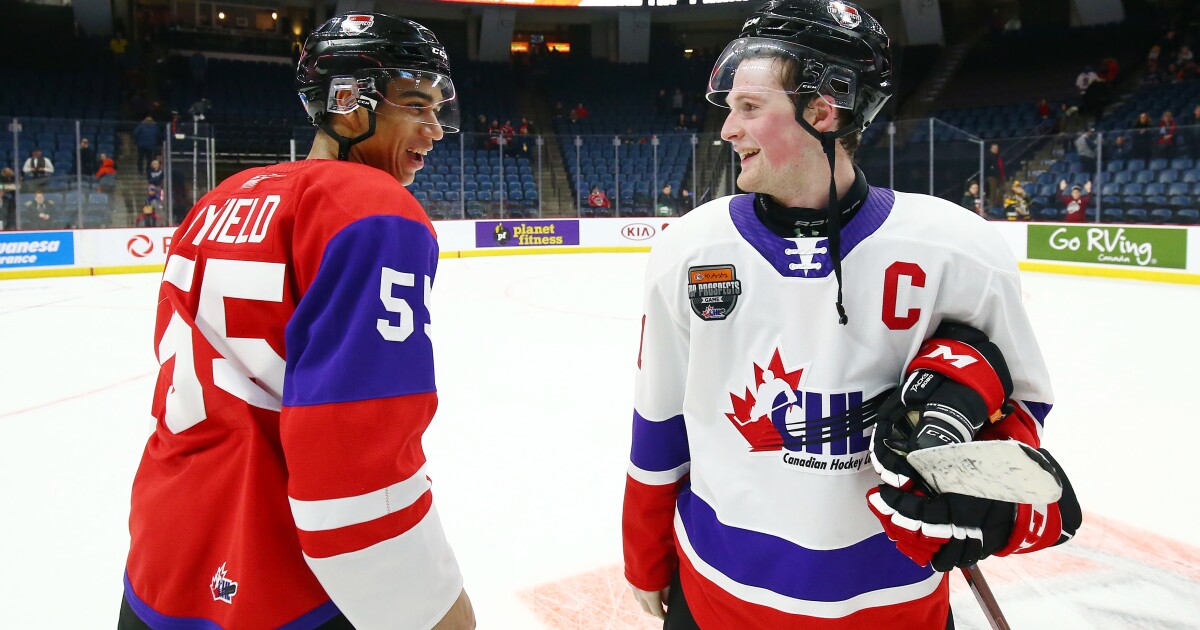 Twitter, Square to Mark ‘Juneteenth’ Holiday Lauding End of Slavery in US

U.S. Births Fall, And Coronavirus Could Drive Them Down More 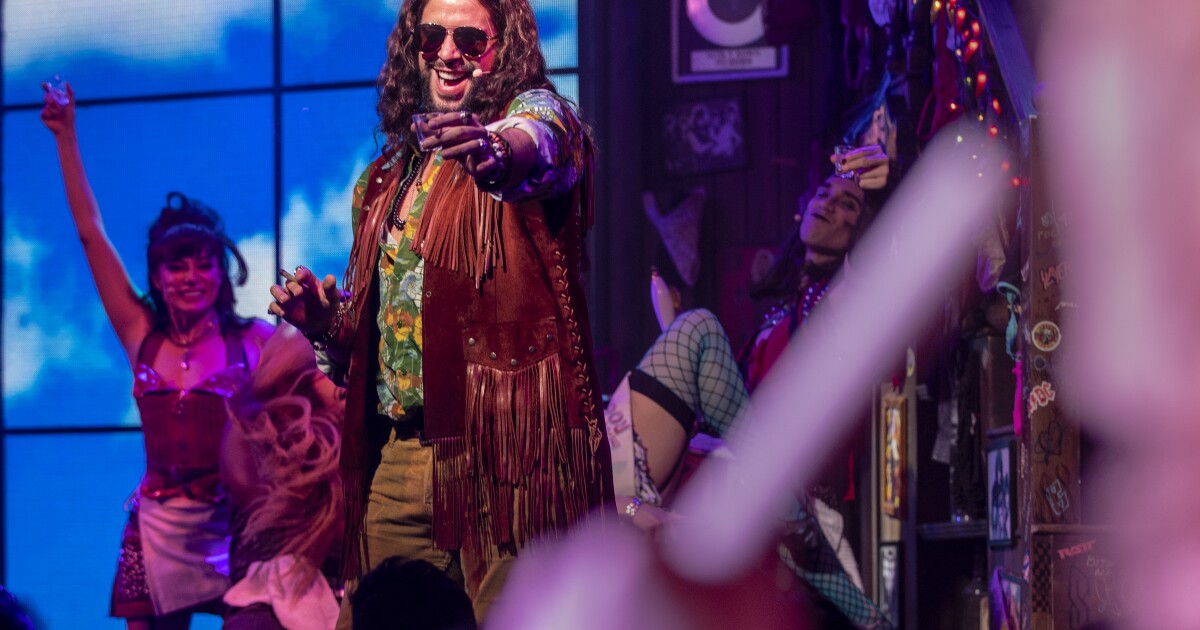 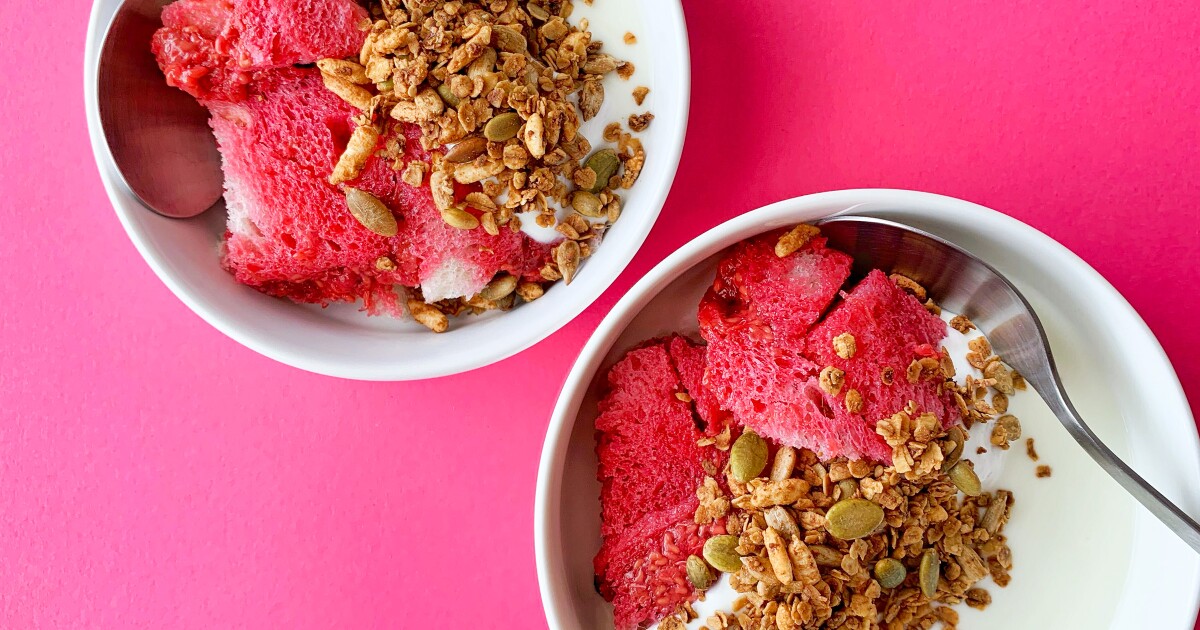