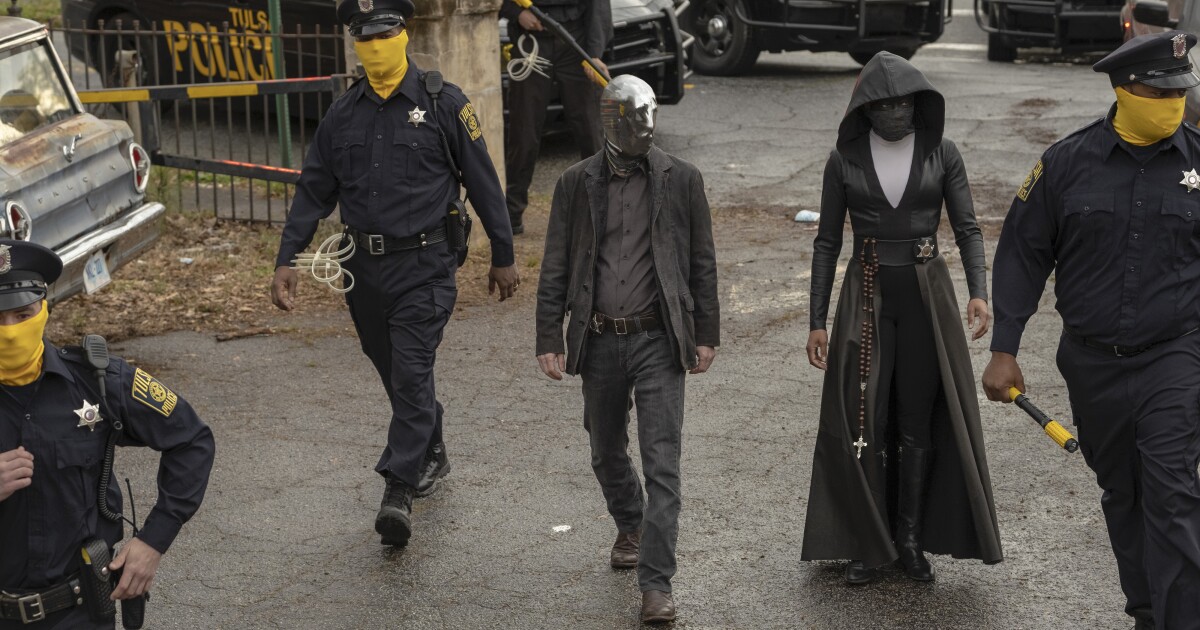 If truth lies in numbers, this is the year Netflix ends HBO’s decade-and-a-half domination of the Emmys.

For the last three years, the streaming service has been breathing down HBO’s neck, launching Oscar-level campaigns for several shows to prove that the premium cable network does not own the secret formula for Emmy gold, that quality can coexist with quantity.

In 2018, Netflix racked up four more nominations than HBO and tied the premium cable channel in wins. HBO came roaring back in 2019 with the final season of “Game of Thrones,” but this year Netflix goes into the Emmys with a serious advantage: 160 nominations to HBO’s 107. Whether that translates into wins is another matter — will Netflix’s “The Crown” walk off with more statuary than HBO’s “Succession”? — but it’s already been a very big awards season for Netflix.

If you define “big” by numbers.

But numbers do not mean the same thing in television as they once did. An industry once built on repetition and retention, on “owning” a certain time slot, now values elasticity and change (and has virtually abandoned time slots).

If change is the new standard of success, HBO has already won.

After years of calls for inclusiveness, and a summer of international Black Lives Matter protests, this year’s Emmy nominees are the most diverse group in the last five years. In particular, the percentage of Black nominees in acting categories more than doubled, and the number of women in the directing and writing categories grew significantly. (As my colleague Michael Ordoña found, that improvement is measured from an overwhelmingly white and male baseline — and Latino and Asian representation remains abysmal.)

HBO, more than Netflix, played a significant role in that change. The same HBO that for decades stuck stubbornly to its preference for stories about and by white men. The HBO that just three years ago announced that David Benioff and D.B. Weiss would follow their phenomenally successful “Game of Thrones” with “Confederate,” an alternate-history fantasy in which the Confederacy won the Civil War.

The enormous outcry over what many believed would amount to “slavery fan fiction” put a stop to that. Weiss and Benioff went to, you guessed it, Netflix, and Emmys 2020 became the year of a very different HBO alternative-history fantasy — “Watchmen.”

“Watchmen,” television’s first superhero drama starring a Black woman, received more nominations than any other show, including six acting nominations (four of which honored Black actors, including star Regina King) and three for directing (Nichole Kassell, Steph Green and Stephen Williams). Created by Damon Lindelof, the series opens with a horrific portrayal of the Tulsa, Okla., race massacre of 1921, an event often unmentioned in American history classes, and goes on to examine the universal tension between superheroes and the rest of us through a lens of racism, police brutality, social reform, political corruption and the complicated role of face masks.

No matter how you feel about this adaptation of Alan Moore’s alternate-history comic-book series, there is no denying that it proved an eerily definitive preface to the actual history that followed its 2019 premiere.

“Watchmen” expands the HBO brand even further than the at-the-time chancy gamble of “Game of Thrones.”

HBO reinvented television. Whether you mark the network’s ascension and television’s transformation from “The Larry Sanders Show” (1992), “Oz” (1997), “Sex and the City” (1998) or “The Sopranos” (1999), HBO has, for decades, ruled the art form. Long before the term “prestige drama” was coined, HBO built a brand on daring — daring to believe that television could be just as sophisticated, influential and experimental as theater, film and literature.

But as has been the case for too much of those other art forms, HBO bought into the time-honored idea that the definition of “great” included being by and about white men. The early promise of “Oz” and “The Wire’s” racial diversity and the female-centric (if all white) high of “Sex and the City” seemed to vanish for years in a blur of white men and their issues, both dramatic and comedic; in 2014, TV critic Maureen Ryan pointed out that one cause could be that less than 8% of HBO’s original dramas and miniseries were created by women and only 2.6% by people of color.

HBO was far from alone in this problem; in the early 2000s, television began rising to its now giddy heights largely on the shoulders of the antihero, almost always of the straight white male variety. Tommy Gavin, Gregory House, Don Draper, Walter White, Dexter Morgan, Nucky Thompson — the milieus, occupations, fatal flaws and time periods changed, but the essential demographics did not. Showtime’s “Homeland” and FX’s “Damages” gave us female counterparts, but they remained rare, and almost always white, as were most leads on most television series on most platforms.

But HBO is not most platforms. For better and worse it has acted as television’s art lab, priding itself on valuing the creative endeavor as much as, if not more, than the commercial outcome. Unfettered by ratings, of either the letter or number variety, HBO could experiment with form, style and tone, could tell any kind of story it desired in any way its creators could imagine.

So why the continued fascination with white men? Or, when it got around to addressing the maleness of its programming with “Enlightened” and “Girls,” with white women?

Good question. It was asked, of television in general and HBO specifically, in forums large and small, until it could no longer be ignored. As #OscarsSoWhite demanded change of the film industry, television paraded its marginally better record and slowly began to realize that repetition wasn’t working, as a business model or a worldview. Finally, the network that was built on re-imagining television began re-imagining itself, producing shows with racially diverse casts — “Ballers,” “Westworld” — and then more shows, including “Insecure” and “A Black Lady Sketch Show,” from women and people of color.

It’s been almost 20 years since “The Wire” helped launch the careers of Idris Elba, Michael B. Jordan, Lance Reddick and Amy Ryan (among others), but this year’s Emmy nominations prove that an even an ocean liner like HBO can turn in a new direction if enough pressure is applied.

This year, Zendaya is nominated for her starring role in “Euphoria.” “Insecure” was finally given a berth in the comedy series list, as well as for performances by creator Issa Rae and supporting actress Yvonne Orji. “Westworld’s” Thandie Newton and Jeffrey Wright are supporting actor nominees in drama, and “A Black Lady Sketch Show” received multiple nominations including for variety show.

Obviously, many other platforms brought Black actors, and Black and female directors and writers, to the nomination lists, and HBO’s front-runner in the drama categories, “Succession,” is about a powerful, and powerfully dysfunctional, white family. Old favorites, including “Curb Your Enthusiasm,” “Last Week Tonight With John Oliver” and Meryl Streep, also claimed many berths on HBO’s nomination list

Some of the more cynical and experienced among us have wondered whether this year’s nominees are simply a response to the protests against racism and police brutality that occurred in all 50 states rather than a sign of real, systemic change in entertainment. But there’s no reason that the former cannot create the latter. HBO’s nominees list, though shorter than Netflix’s, is far more reflective of the power of inclusion and the need for a new way of defining greatness.

And with an even larger and far more diverse slate of programming in 2020, including “I May Destroy You,” “Betty,” “Lovecraft Country” and a second season of “Los Espookys” running with more traditional HBO fare like “Perry Mason” and “I Know This Much Is True,” it would seem that, numbers be damned, HBO remains as much a guide for reinvention as it has ever been.

Can N.Y.C. Reopen Schools? The Whole Country Is Watching 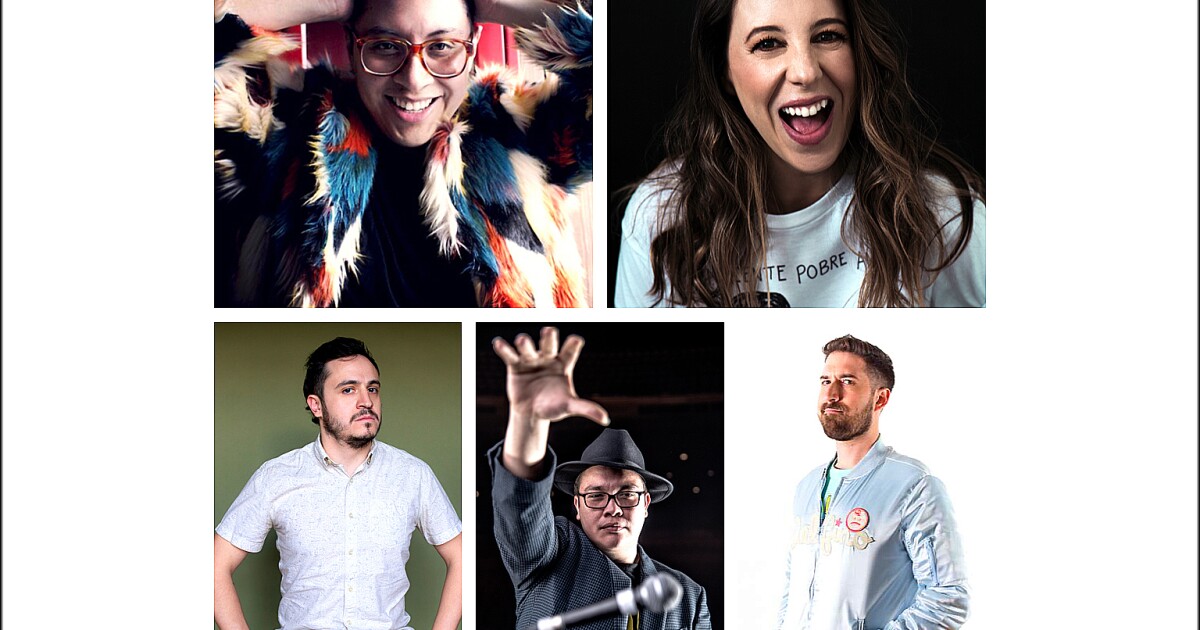 How ‘standuperos’ sparked a ‘cultural revolution’ in Mexico’s comedy scene