Let’s hear it for John Krasiniski, an entertainment first responder who understood a pandemic-isolated world’s need for connection and celebrity pixie dust and conjured the program to meet it. He had the connections and the direct-to-camera experience to make a show celebrating “good news” that was punchy and polished — and, just as important, the sense to end it before it became, like banana bread and closet organizing, just another victim of quarantine fatigue.

On eight consecutive Sundays, Krasinski — who gave us “The Office’s” Jim Halpert, the most recent iteration of Jack Ryan and a surprisingly good movie about a world destroyed by monsters with excellent hearing — doled out the YouTube show “Some Good News” from his home. What began as a salute to the triumphs, joys and innovations of regular folks, gleaned mostly from social and legacy media, grew to include celebrity drop-ins, big-swing fundraising and some pretty phenomenal stunts.

The cast of “Hamilton” sang for a girl who had tickets to a canceled show; a medical team was sent to an empty Fenway Park; and graduating high school seniors were given the chance to chat with their idols including Oprah, Malala and Steven Spielberg. In one episode, Krasinski hosted a virtual prom; for another he became a minister so he could marry a couple on Zoom.

Where do you go from becoming a minister to marry a couple on Zoom? No place but down. Which may be why, on Sunday, “Some Good News” came to an end. A visibly emotional Krasinski thanked everyone for creating the news that allowed him to make the show and, in a final fundraising coup, announced a line of “SGN” fan-art merch — proceeds from which will go to the purchaser’s charity of choice, with a million-dollar pledge from Starbucks to match those donations.

If his final episode was slightly eclipsed by LeBron James’ “Graduate Together,” a star-studded salute to high school seniors that was broadcast Saturday night on multiple networks and platforms and featured a commencement address by Barack Obama, well, that’s showbiz.

A biz that didn’t need “The Tiger King” to remind everyone of its essential role during a crisis. There’s a reason that entertainers from Bob Hope to Kathy Griffin have been dispatched to entertain the troops; that benefit concerts have raised billions for causes as diverse as the AIDS crisis, Free Tibet and fighting gun violence; that David Letterman, the cast of “Saturday Night Live” and Emmys host Ellen DeGeneres all stepped forward amid the psychic cultural wreckage of the 9/11 attacks.

During the COVID-19 pandemic, the entertainment industry, though hamstrung by the mandate for physical isolation, has done its level best to boost morale and provide moments that millions can share, separate but together, in real time. The results have been impressive — “live from our homes” episodes of “Saturday Night Live” and late-night shows, countless fundraising and spirit-lifting moments on social media, cast reunions for shows including “Parks and Recreation” and “Melrose Place” and, of course, the unprecedented eight-hour, across-three-networks fundraiser “One World: Together at Home.”

Not surprisingly, all this spirit-lifting has become a little competitive. “Graduate Together: American Honors the High School Class of 2020” was not the only special aimed at the millions deprived of their mortarboard moment; CNN also presented a star-studded special, “Class of 2020: In This Together,” during which Bill Clinton offered words of inspiration and advice, while Oprah Winfrey hosted “#Graduation2020: Facebook and Instagram Celebrate the Class of 2020.”

The proliferation of ritual replacements, along with the gradual lifting of stay-at-home restrictions, makes it a natural time for Krasinski to bow out. Once Obama’s gotten into the game, well, the mic has dropped.

Also, as the crisis continues, people are becoming less enchanted with virtual anything. When you spend the day in Zoom meetings, the prospect of seeing even the most beloved cast also in what is essentially a Zoom meeting seems less than thrilling.

And if we are honest, the “good news” we’re longing for at this point is reports of dropping death and infection rates. All the rest of it is beginning to seem a bit, well, distracting.

Watching a group of well-meaning A-listers addressing recent graduates has begun to pale, especially if you had planned to attend an actual graduation this year. As innovative and effective as these together-while-apart events have been, they are no substitute for the rituals they seek to replace. Because ritual is not about passive observation. It’s active participation.

Even if that participation consists mainly of sitting on an uncomfortable folding chair under a broiling sun watching hundreds of kids graduate when you really only care about one. Or wedging yourself into a seriously uncomfortable dress to witness a marriage you are fairly certain is not going to last. Or spending an hour in traffic in order to wait in endless concession lines so your kids can watch a ballgame and spill cherry slushie on your shoes.

Don’t you miss it? I certainly do. All the hours of planning and preparing and just getting everyone out the door. The forgotten water bottles and tickets, the complaints about the crowds and the weather, the friends who keep talking even though it’s started already, the craning to see around the people who are standing up to take pictures, the startling brevity of whatever moment you have gathered to witness — both shored up and washed away by everyone’s reactions — and then the mad rush to leave the church/field/stadium/theater that you spent so much time getting to.

Shall we take an oath, as a nation, to never complain about parking again if only we can get to a place where parking is the problem?

Actually, I take that back; complaining is a key part of any decent ritual. I don’t mean the rite — the actual ceremony or main event. I mean the ritual, which begins long before with the anticipation, the preparation, the clearing of time, the selection of outfit, the procurement of babysitters. It begins with the gathering of thoughts and family, memories and snacks; it begins with the journey to whatever destination has been chosen, the agitated ecstatic gathering of many you love and some you don’t. It’s the toys handed out to keep children quiet, the tissues and portable chargers produced in the rustling silence before whatever is about to happen begins. It’s the arguments and worries, the unfinished tasks and pending deadlines that are pushed aside so that something both extraordinary and traditional can occur in front of family, friends and strangers.

And then you can all go eat and drink too much.

Ritual is loud and sweaty and filled with mishaps, it’s tedious and heartbreaking and glorious. It never goes as planned and almost always involves someone showing up late and having to slide their infuriating way to a middle seat that an exasperated friend has saved. Occasionally that someone is you.

Ritual is traveling across the country to see something happen and then missing it because your kid had to go to the bathroom “really, really bad” at the moment it was occurring.

All of this is neatly avoided by the televised events that seek to connect us during this time of isolation — we can sit where we want, wear what we want, eat what we want, and if we miss an important moment in real time, we can catch it on YouTube. Which is nice, but mostly as a reminder of how important all the irritating and wonderful realities of actual ritual are. The best milestone memories are the ones with all the mess and mistakes thrown in.

Including, I suppose, the fact that the Class of 2020 had to miss out on its graduation.

In the middle of an international crisis that is killing people, crippling economies and exposing the failings of our political and social systems, bemoaning the loss of a ritual or two seems silly, even selfish. But we are social animals, and society is built on ritual; the notion that our communities and their rituals are now dangerous things to be avoided threatens to unmoor us. Say what you want about our addiction to screens; this pandemic has proven that, given the opportunity to remain home glued to our phones, laptops and TVs, we would rather go to the hardware store for the third time this week.

And I don’t know any parent who, Obama’s rhetorical skills notwithstanding, wouldn’t have chosen to skip the wonders of even a show that included Bad Bunny, Megan Rapinoe and the Jonas Brothers to spend two butt-numbing, Spanx-sweating hours listening to a bunch of kids they do not know drone out a slew of boring commencement speeches — as long as they could witness those three exultant seconds when their child walked across that damn stage. 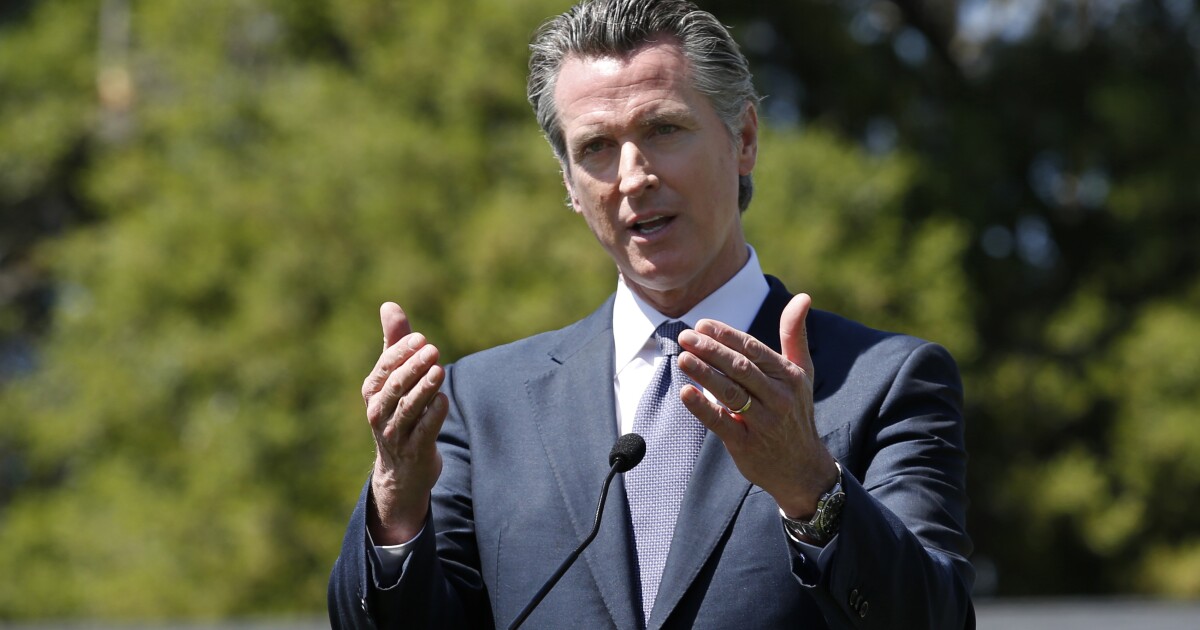 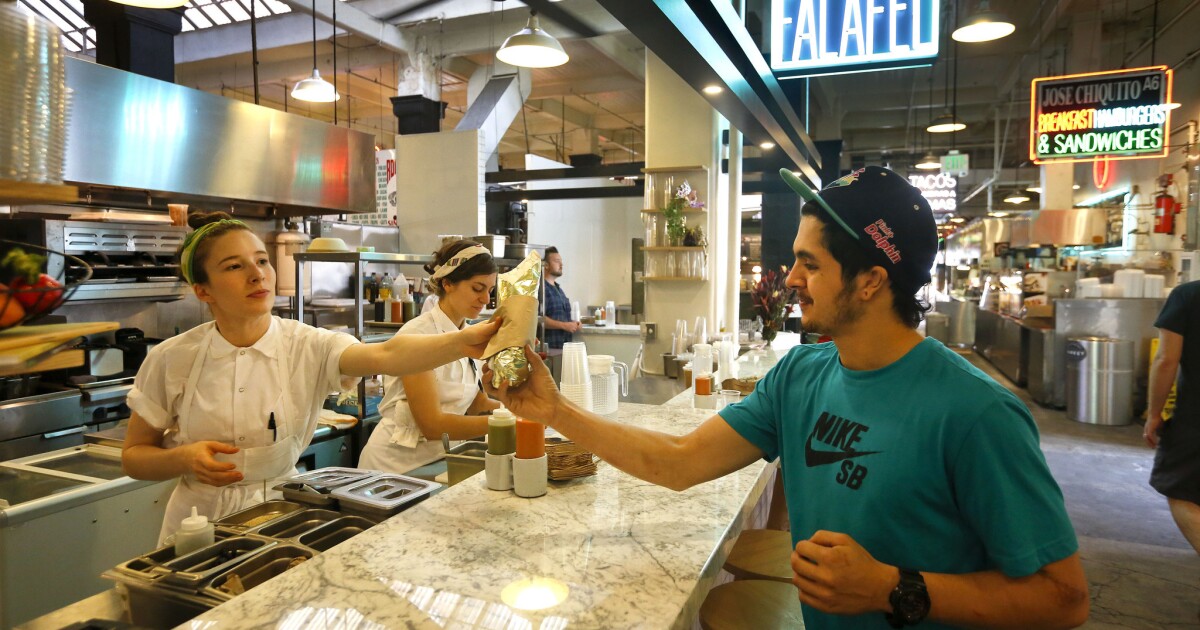