When the coronavirus sequestered Americans at home and forced businesses to close, Hale Ryan braced himself for a financial winter. As the director of sales and marketing at Metroplex Piano in Dallas and a 30-year veteran of the piano business, he had seen other crises — like 9/11 and the 2008 recession — damage sales. When the lockdown began in March, Mr. Ryan said in a recent phone interview, “I thought this was going to be the final nail.”

Instead, he began to field a flood of requests for instruments. Even with his showroom closed, the economy nose-diving and the professional music world in tatters, he sold pianos.

“It’s actually been the best three months that I’ve seen in retail,” he said.

The piano market encompasses a wide range of instruments, from hand-built concert grands that cost hundreds of thousands of dollars to factory-made uprights, digital pianos and keyboards designed for young learners. The high-water mark of piano sales in America was 1909, when 364,500 new acoustic pianos were sold in the country. Since then, radio, television, recordings and instrument technology transformed the way music is created and consumed. Only about 30,000 new acoustic pianos are now sold here each year, but the number surpasses a million when all digital varieties are included.

Even a lower-end instrument represents a significant investment, and can seem like a luxury during a time of economic uncertainty. And with showrooms closed this spring, potential buyers could no longer test-drive the possibilities. A sale represented not just a splurge, but also a leap of faith.

And yet interviews with nearly a dozen dealers across the country reveal surprisingly robust sales that suggest a resurgence of at-home music-making just as the live concert scene vanished. Most of the dealers noted a rise in demand for digital pianos, which allow players to channel the sound through headphones: a key feature in households where working-from-home parents share space with distance-learning children. The phenomenon seems to be part of a general pivot toward home-based recreation, along with increased demand for gym equipment and bicycles.

Indeed, a significant portion of purchasers appears to be new to the market. Tom Sumner, the president of Yamaha Corporation of America, said in an interview that he had heard from retailers that between 20 and 25 percent of sales this spring were to first-time buyers.

According to him, Yamaha sold 60 percent more digital pianos this April than in the same month last year. He added that the sales increase was especially significant because, in a typical spring, schools tend to make big purchases in preparation for fall band season. Because of the coronavirus, he said, that segment has dropped away, so the spike in sales likely comes from individual buyers.

Brian Majeski, the co-owner of Music Trades, a company that analyzes data about the musical instruments industry, said in an interview that across America, sales of digital pianos rose by 30 percent this April and May, with the trend appearing to continue into June. He also noted an uptick for acoustic pianos, though it was smaller and mostly driven by used instruments.

Still, Mr. Majeski said, “The question in our industry is: Will this stick? Are you creating a new generation of players, or is it a momentary spike with people who have time on their hands looking for things to do?”

The Piano Guys, a crossover group that has clocked over a billion YouTube views with music videos of its arrangements of pop and classical standards, began selling digital pianos for $2,000 to $8,000 on its website last December, typically bundled with online learning materials alongside proprietary sheet music. Steven Sharp Nelson, a member of the group, said that in the first months it sold a piano every two or three days. In April and May demand rose steeply; some days the band sold six pianos in one day.

He said it was the pandemic that had led many to learn to play the piano for the first time. “We’re in a cadenza fermata,” he said, referring to the moment in a classical concerto when the orchestra drops away and the soloist takes off on a flight of fancy. “People are improvising.”

Many of Mr. Merritt’s customers were health professionals. “Radiologists, doctors from university hospitals, who were purchasing pianos for their homes and their children,” he said. “They had always wanted to get them into music. Now these kids were being home-schooled and to keep music a part of that they wanted to have the proper tools.”

Isaac Namias, who sells restored acoustic pianos in Brooklyn, said email inquiries shot up when the virus hit New York. Under lockdown, he said, he sold nearly twice as many units per month as during normal times, mostly instruments in the lower price range, about $2,500 to $6,500. About half his business was driven by piano teachers referring students. Notably absent from the client list were professional performing pianists. Mr. Namias said, “They want to touch the piano, they know exactly what they’re looking for.”

But the reliance on hands-on, in-person sales seems to have lessened. Anthony Gilroy, a spokesman for Steinway, said in an email that although the company had seen a drop in sales when showrooms closed, the decline had been less than expected. In response to the pandemic, Steinway for the first time created an option to buy pianos directly from its website. And sales representatives using digital platforms were able to make big-ticket sales, including limited-edition Steinways costing upward of a quarter of a million dollars.

Mr. Nelson of The Piano Guys likened the trend to car sales. “To my mind it’s like when people started selling cars on eBay,” he said. “At first people thought that was crazy. But now a significant portion of car sales is done online.”

Mr. Ryan, whose showroom in Dallas has since reopened, said he had organized virtual demonstrations of instruments on Zoom. “I never thought anybody would buy a $20,000 piano without playing it first,” he said. But he sold several concert grand pianos this way, including a $200,000 Bösendorfer to a doctor who had been working on the front lines of the coronavirus.

“He is a pathologist and a serious player and he’s always wanted a Bösendorfer,” Mr. Ryan said. “He’s stressed beyond belief and he just wants to get back to playing piano.”

Influencing? In This Economy? It’s Only Gotten More Competitive

The right way to wear a face covering 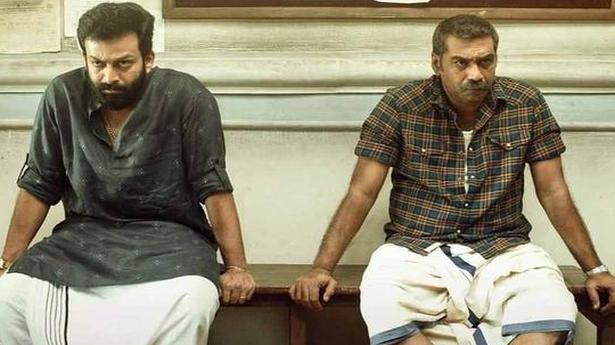 No yeast? You don’t need any for these savory scallion pancakes