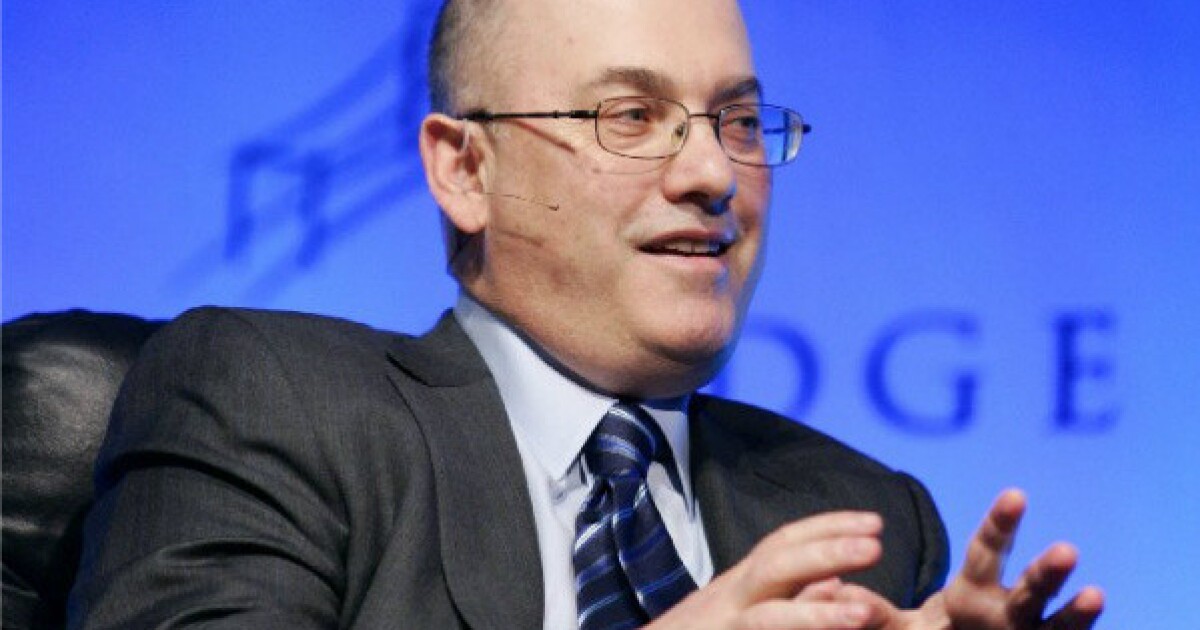 Billionaire hedge fund manager Steven A. Cohen is known for owning one of the best private art collections in the world and for his many multimillion-dollar homes. However, he is perhaps best known for having been the subject of one of the government’s most high-profile insider trading investigations.

Now, Cohen’s name has been thrust into the Hollywood limelight.

On Wednesday it was announced that Cohen’s Connecticut-based venture fund, Point72 Ventures, is helping to bankroll a new Los Angeles-based management and production firm, Range Media Partners. The company will be run by a cadre of agents from the big three agencies, CAA, WME and UTA, and aims to upend the representation business.

Cohen — described as leading investor with a substantial minority investment — will be joined by former New York Knicks Coach David Fizdale, former Microsoft CMO Mich Mathews-Spradlin, and Grubhub founder and CEO Matt Maloney, according to a statement from Range.

“The company is committed to providing equity to all founding staff, at every level, and recruiting and representing a diverse group of perspectives and background,” the statement said. “As a company deeply invested in the well-being of its employees, Range Media Partners will establish a broad-based ownership of the success of the company from day one.”

In a 20-page pitch deck to investors reviewed by The Times, the fledgling agency, initially dubbed Moxie Media, heralded itself as “the next revolution in media.”

Proclaiming further that the equity value in the major agencies is in “free fall,” the pitch went on to declare that “there has never been a better time to recruit high end representatives away from their current incumbent. We have never seen more high-end representatives ready to leave these institutions.”

As unveiled in its prospectus, Range’s business model is to create companies around celebrities in the mold of Reese Witherspoon’s Hello Sunshine, whereby Range Media would own one-third, the celebrity another third, and a third-party investor raising $5 million to $7 million per star would take the remaining third.

The company also plans to generate revenue by offering in-house production services. As described in the pitch, “Unlocking the power of content creation to turn celebrities into curators. This will in turn create massive opportunities to drive direct to consumer businesses in a post Covid-19 world.”

Cohen, who did not respond to requests for comment, is said to be injecting upwards of $25 million for a 30% stake in the new firm, according to the Hollywood Reporter.

Range Media represents a major shift in the talent business that hasn’t seen a significant shakeup since 1995, when Ari Emanuel and three of his fellow ICM agents defected from ICM in a midnight raid to launch Endeavor.

“He’s certainly a controversial figure,” said Tom Nunan, a former network and studio executive who teaches at the UCLA School of Theater, Film and Television. He noted that prior to his firm’s SEC indictment, “he was considered a rock star by most heavy hitters in Hollywood because of his rogue style and awesome returns as a hedge fund manager. … Hollywood loves a comeback story, as long as you ask for redemption, and I don’t know if that is Mr. Cohen’s style. ”

The launch comes amid a wide range of blows buffeting the talent business.

The pandemic has forced the shutdown of TV and film productions while live shows have been canceled or postponed. Talent agencies including WME, CAA, UTA and ICM Partners have undertaken severe cost-cutting measuressuch as layoffs, furloughs, hour reductions or salary cuts. In July, CAA said it was laying off 90 agents and furloughing 275 staffers.

The collapse of the syndication market in television has slashed back-end profits, a lucrative source of income. Companies like Netflix and Disney have increasingly been buying out talent’s back-end participation in favor of upfront fees, curtailing an agency’s profit if a show becomes a runaway success.

Then there is the ongoing standoff between agencies and the Writers Guild of America over industry practices. In April 2019, the writers union instructed its members to fire their agents who did not sign a deal with the WGA to end the longstanding practice of packaging fees, further eroding a revenue stream for agencies. ICM and UTA recently signed agreements with the union, but the other big agencies WME and CAA have not.

Range Media also represents a shift for Cohen, whose net worth Bloomberg estimates is $10.1 billion. Long heralded as the most successful trader of his generation, the venture appears to be his first major entertainment investment. Until now, Point72 has maintained four areas of focus: artificial intelligence, financial services, enterprise technology and healthcare.

The third of eight children of a garment manufacturer father and piano teacher mother, Cohen grew up in Great Neck, N.Y. After graduating from the Wharton School in 1978 he joined Gruntal & Co. as a junior trader in the options department, where according to the New Yorker, Cohen earned an $8,000 profit on his first day, which was considered an enormous sum back then.

Seven years later Cohen was running his own division at Gruntal.

In 1992 Cohen decamped to launch his own hedge fund, SAC Capital Advisors, in Stamford, Conn., with $25 million of his own money, according to Bloomberg.

By 2011 he was managing $12 billion. The Wall Street Journal dubbed him the “hedge fund king.” Cohen was known for assiduously following the market, placing high volume bets on small fluctuations in stock prices. Year after year he maintained double-digit returns. According to Vanity Fair, at one time Cohen was said to have traded some 3% of all the stock on the New York Stock Exchange.

As Cohen’s net worth rose so did his appetite for art. He became known as a trophy hunter, applying his trading acumen to that of collecting, often rocking the art market in the process. He snapped up a Jackson Pollock painting from David Geffen for $52 million and paid $101 million at auction for Giacometti’s 1950 sculpture, “The Chariot.”

Cohen, who sits on the Board of Trustees at the Museum of Contemporary Art in Los Angeles and Museum of Modern Art Board of Trustees in New York, established a foundation with his second wife Alexandra in 2001 that supports children’s health, education, veterans and the arts.

This week, Cohen, who has a minority stake in the New York Mets, entered into exclusive negotiations to buy the team, besting a consortium led by Alex Rodriguez and Jennifer Lopez, CNBC reported. Cohen, who lives in Greenwich, Conn., and owns a home in Beverly Hills, is said to have partly inspired the character of hedge fund manager Bobby Axelrod in Showtime’s “Billions.”

But Cohen’s enviable success had long been the subject of speculation on Wall Street.

Back in the mid-1980s the SEC investigated him for insider trading in connection with RCA shares bought before General Electric acquired the company. Cohen was never charged.

In July 2013, Preet Bharara, then the U.S. Attorney for the Southern District of New York, announced criminal charges against SAC for which it eventually pleaded guilty, saying the firm had become “a veritable magnet for market cheaters.”

“We take responsibility for the handful of men who pleaded guilty,” SAC said in a statement at the time. “These wrongdoers do not represent the 3,000 honest men and women who have worked at the firm during the past 21 years. Even one person crossing the line into illegal behavior is too many and we greatly regret this conduct occurred.”

In a civil settlement with federal regulators in 2016 Cohen, who was not criminally charged, was barred for two years from managing outside funds.

Less than two weeks after SAC’s settlement with the SEC, Cohen bought Picasso’s “Le Reve” for $155 million from Steve Wynn.

Cohen converted SAC Capital to Point72 Asset Management, a vehicle to invest his own wealth. As of July, Point72 had $17.2 billion assets under management.

Word of Cohen’s involvement in the new management venture drew surprise in liberal Hollywood, particularly in light of Cohen’s support for Donald Trump. He donated $1 million to Trump’s inaugural committee.

Industry observers view the new company as an institutional shift in industry, where many agents have grown frustrated watching a handful of partners reap millions while their own opportunities for advancement remain limited in an uncertain market.

“It does indicate that the representation business is changing and that it may be devolving backwards to a commission-driven model as opposed to other big revenue opportunities that the agencies were enjoying over the past 30 years,” Nunan said.

An agency partner said the new company reflects how rapidly Hollywood is changing.

“Change is good, change is healthy and the world is changing, not just agency business but the world we are living in,” said the partner, who declined to be named because of business relationships. “Will the number of studios that exist today be the same at the end of the pandemic or a year later? It creates a lot of uncertainty and people are reacting to that.”

Still, the source added, launching a management firm is a daunting task, citing the experience of Michael Ovitz, the once-powerful co-founder of CAA who became the short-lived president of Walt Disney Co. under Chairman Michael Eisner. In 1999 Ovitz formed Artists Management Group, but after a series of failures he sold it in 2002.

“Michael Ovitz was the best agent ever and even he failed,” the partner noted. 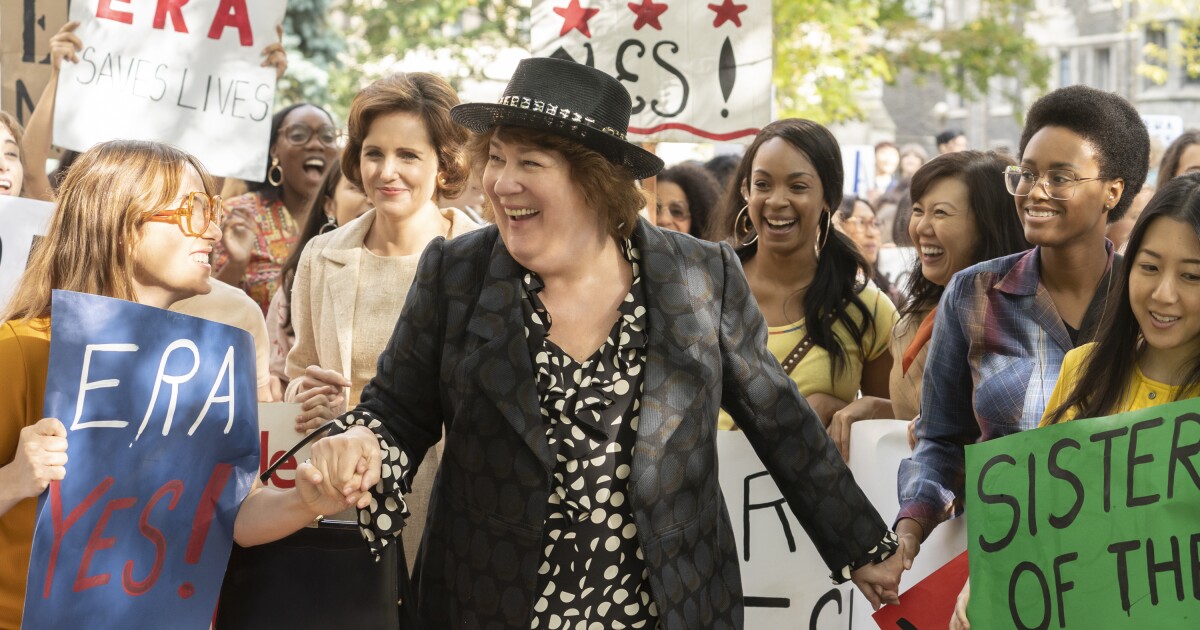 Feedback: Women versus women in social media spats and in ‘Mrs. America’ 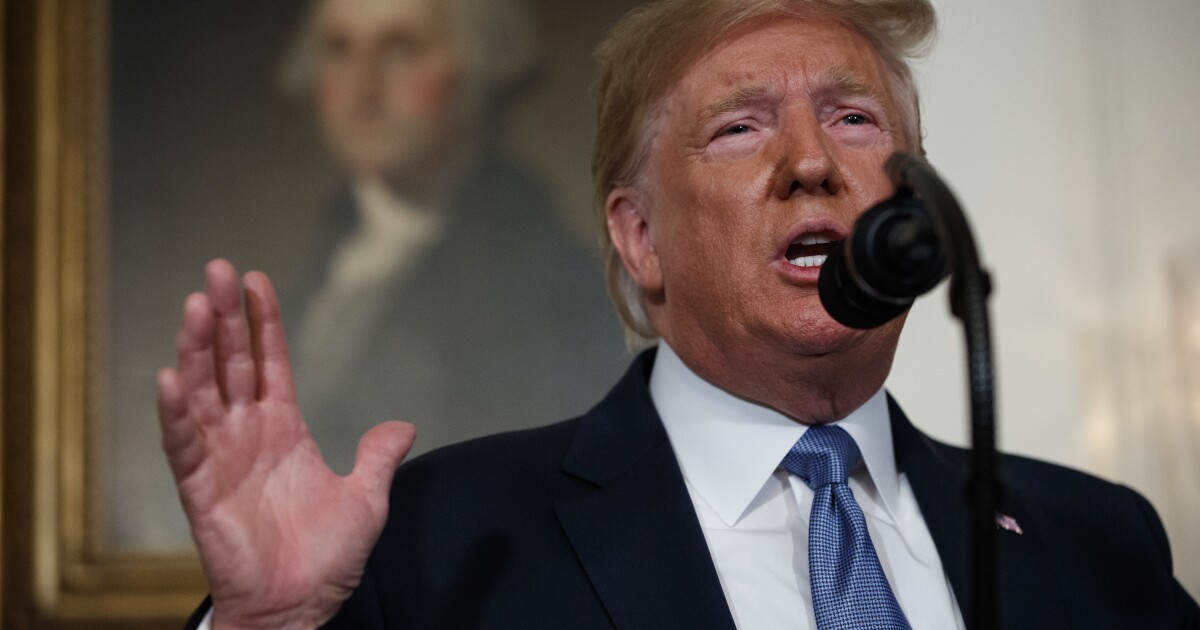 Trump lashes out at GOP critics, exponentially increasing their visibility

Ellen DeGeneres Returns to Her Talk Show With an Apology

‘Glee’ cast remembers Naya Rivera: ‘What a force you were’