Global coronavirus cases now top 8.5 million, having added another 1 million cases in just over a week. Hot spots in Latin America and the Middle East have contributed to the rise, with cases still ticking higher in the U.S. and cases in Europe hitting a relative plateau.

This is CNBC’s live blog covering all the latest news on the coronavirus outbreak. This blog will be updated throughout the day as the news breaks.

The data above was compiled by Johns Hopkins University.

8:17 a.m. ET — As the country reopens, the number of borrowers seeking relief on mortgage payments has decreased for a third straight week, CNBC’s Diana Olick reports.

Roughly 4.6 million homeowners were in forbearance plans as of June 16, representing 8.7% of all active mortgages. That’s just slightly below the 8.8% that were in forbearance in the previous period, according to Black Knight, a mortgage data and technology firm.

These forbearance plans allow homeowners to delay monthly payments for at least three months. The number of borrowers decreased by 57,000 from last week and by 158,000 from the peak week of May 22. Bank-held loans or loans in private-label securities, however, saw an increase in total forbearances by 6,000. –Suzanne Blake

A health worker collects swab sample from a man to test for COVID-19 infection, at a dispensary in Dilshad Garden, on June 18, 2020 in New Delhi, India.

7:15 a.m. ET — India reported a record rise in the number of coronavirus cases on Friday, Reuters reported, as the country’s health ministry recorded more than 13,000 new infections and over 300 additional deaths in the last 24 hours.

India has reported the fourth-highest number of Covid-19 cases in the world, according to data compiled by Johns Hopkins University, behind only the U.S., Brazil and Russia, respectively.

Prime Minister Narendra Modi had lifted most lockdown restrictions earlier this month, even as coronavirus cases continued to rise, but the southern city of Chennai has now been placed back into lockdown following a fresh outbreak of infections. —Sam Meredith

People wearing protective face masks walk on the main shopping street in Munich, Germany during the coronavirus crisis on April 30 2020.

The app, which was developed in part by SAP and Deutsche Telekom, uses Bluetooth technology to alert people who might have been exposed to someone who tests positive for the coronavirus. The app does not collect data in a central database, Reuters previously reported, quelling some privacy concerns.

Some countries, including South Korea and Singapore, had early success in containing the virus, in large part thanks to tech-enabled contact tracing. However, Europe and the U.S., where some say people are more skeptical of government and big technology companies, have been slower to adopt and develop such technology. —Will Feuer Restaurant vendors are now selling to the public. Here’s why it might hurt them instead of help.

U.S. slams WHO response to the coronavirus pandemic, says a failure by the UN ‘cost many lives’ 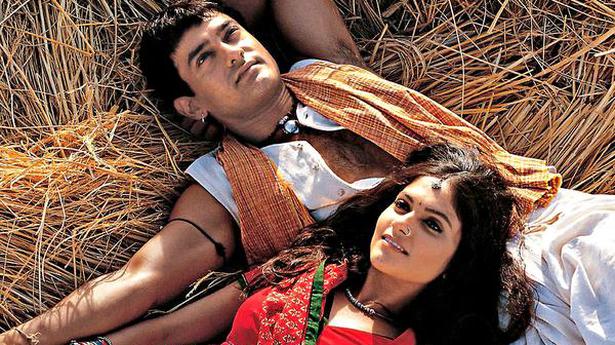 ‘Madness in the Desert’: The sanity behind the madness of filmmaking

Ford resurrects Mustang Mach 1, a throwback to the golden age of muscle cars