Even as businesses and borders slowly reopen, global economies continue to feel the effects of coronavirus shutdowns. Another 1.5 million Americans filed for initial unemployment benefits last week, according to data released Thursday, notching the 13th consecutive week above 1 million claims. The Bank of England on Thursday announced an additional £100 billion ($124.5 billion) for its bond-buying effort to shore up the U.K. economy, but declined to take interest rates into negative territory as some investors had hoped.

Meanwhile, Covid-19 cases continue to surge throughout the American South and West, leading some state officials to rethink reopening strategies. Arizona Gov. Doug Ducey on Wednesday reversed his stance against mandating mask-wearing and allowed local officials to set their own regulations. Oregon Gov. Kate Brown announced Wednesday that most of the population will have to wear masks starting June 24 amid a spike in some counties.

This is CNBC’s live blog covering all the latest news on the coronavirus outbreak. This blog will be updated throughout the day as the news breaks.

The data above was compiled by Johns Hopkins University.

10:11 a.m. ET — Sweden, which has taken a less restrictive approach than others in an effort to develop “herd immunity” to coronavirus in its population, said about 6% of its people have developed Covid-19 antibodies, Reuters reported.

Herd immunity, which is usually achieved via vaccination, is attained when around 60% of citizens are deemed immune. Without a vaccine for coronavirus, however, countries have relied on exposure to and recovery from Covid-19, hoping it leads to long-term immunity.

Sweden’s response has differed from others as the country’s leading epidemiologists said herd immunity could be reached without a full lockdown, opting for mainly voluntary measures. The 6% figure is lower than expected, “but not a lot lower,” Chief Epidemiologist Anders Tegnell said in a news conference.

Sweden’s government advocated personal hygiene, social distancing, working from home if possible, and it banned mass gatherings and visits to senior care homes in response to the pandemic. Schools stayed open for people under 16, however, and bars and restaurants continued to serve customers if they were seated.

Tegnell, after pushing for a no-lockdown strategy, later conceded more should have been done to prevent the spread of Covid-19 in the country. The decision to bypass a strict lockdown has prompted Nordic countries to exclude Sweden when easing travel restrictions in the region. —Alexander Harring and Holly Ellyatt

Parts of the U.S. ‘on the cusp of losing control,’ Dr. Scott Gottlieb says

9:32 a.m. ET — As new coronavirus cases and hospitalizations continue to surge in some parts of the country, the hardest-hit cities are “on the cusp of losing control,” former Food and Drug Administration Commissioner Dr. Scott Gottlieb told CNBC. Cases and hospitalizations have been climbing in several states in the American South and the West in recent weeks.

“These are outbreaks. We’re seeing doubling times now falling under 10 days,” Gottlieb said on CNBC’s “Squawk Box.” “These are on the cusp of getting out of control. I think these states still have a week or two to take actions to try to get these under control.”

Disclosure: Scott Gottlieb is a CNBC contributor and is a member of the boards of Pfizer, genetic-testing start-up Tempus and biotech company Illumina.

New cases surge in the Middle East and Asia

Odirus Charles holds a sign that reads, ‘ I Am angry as hell Fix Unemployment Now,’ as he joins others in a protest on May 22, 2020 in Miami Beach, Florida.

8:30 a.m. ET — Another 1.5 million Americans filed for initial unemployment benefits last week, with continuing claims coming in at 20.5 million. Both figures fell just slightly from the prior period, but are still staggeringly high.

Initial jobless claims have now come in above 1 million each week for 13 consecutive readouts, CNBC’s Jeff Cox reports. Jobless claims notched a record of 6.6 million back in April.

Economists polled by Dow Jones had expected the latest figure to come in at 1.3 million. —Sara Salinas

8:05 a.m. ET — The Bank of England has announced an additional £100 billion ($124.5 billion) for its bond-buying effort to shore up the U.K. economy amid pandemic. The new commitment brings the program total to £745 billion.

The central bank also kept interest rates consistent at 0.1%, though investors had been looking for negative rates. The U.K., like the U.S. and others, has seen unprecedented economic downturn amid coronavirus shutdowns, spurring historic and aggressive efforts by the BOE. Read more on the central bank’s announcement from CNBC’s Elliot Smith. —Sara Salinas

Kremlin denies U.K.’s claim that Russia is exploiting the pandemic

A man with an umbrella in Red Square against the background of St Basil’s Cathedral. From June 1 through 14, Moscow citizens are allowed to take walks and practise sports outside, including those older than 65 and suffering from chronic illnesses, according to schedules varying from house to house.

7:22 a.m. ET — The Kremlin has rebuffed an accusation by the U.K. that Russia, as well as Iran and China, is trying to exploit opportunities created by the coronavirus, reportedly calling the claim “absurd.”

“We categorically disagree with such statements,” Kremlin spokesman Dmitry Peskov said earlier Thursday, Reuters reported. “As far as disinformation is concerned, we consider such accusations absurd.”

The response came after U.K. Foreign Minister Dominic Raab told Sky News that certain governments were using the challenges thrown up by the global pandemic to “exploit” the coronavirus and take advantage of “a perceived opportunity” it brings, such as the opportunity to sow disinformation. —Holly Ellyatt

A boy runs past a mural supporting the NHS, by artist Rachel List, on the gates of the Hope & Anchor pub in Pontefract, Yorkshire, as the UK continues in lockdown to help curb the spread of the coronavirus.

7:06 a.m. ET — England’s test and trace system identified about 45,000 people who came into contact with someone who tested positive for the coronavirus in its second week of operation, according to data from Britain’s health ministry.

Since the project began on May 28, tracers have identified more than 95,000 contacts, according to the data, and successfully contacted more than 85,000 of them.

The national effort to detect and quickly squash new chains of infection as the country continues to reopen has been hobbled by early delays, according to The New York Times. A coordinated test, trace and isolate effort, proponents say, will be key to keeping infections low and targeting government responses to new clusters as the world continues to ease restrictions. —Will Feuer

Some Colleges Are Waiving SAT and ACT Requirements

Next coronavirus stimulus bill will be the ‘final’ one, Mitch McConnell says 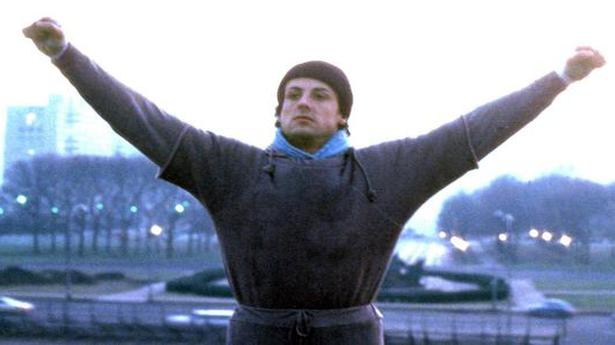 ‘Rocky’ documentary by Sylvester Stallone to premiere on June 9