By Adam Nagourney and Shane Goldmacher

President Donald Trump’s hospitalization with the coronavirus has catapulted this week’s vice-presidential debate into the spotlight to an extraordinary degree, putting pressure on Vice President Mike Pence and Sen. Kamala Harris to use this forum to reassure an anxious public they are prepared and qualified to step in as president.

Trump’s diagnosis with a potentially lethal virus — and the fact that he is 74 and his Democratic rival, Joe Biden, is 77 — was a stark reminder that either Pence or Harris could end up being president themselves, as opposed to just leading contenders for the nomination in 2024 and beyond.

For Pence, Wednesday’s debate will most likely compel him to account for the administration’s record on a virus that has now infected 7.4 million Americans — including the most protected man in the country, Trump — and answer for his own stewardship as chair of the federal coronavirus task force. For Harris, a former prosecutor, the debate is a chance to show that she is capable of being president in a national emergency, as well as to demonstrate that she can challenge the Trump record on COVID-19 without seeming overly aggressive against an ailing president.

Depending on how quickly Trump recovers, his condition could also force the cancellation of the two remaining debates between Trump and Biden. Should that happen, the 90-minute session Wednesday would be the final debate of this presidential election season, and the last chance for both parties to command a huge audience.

That could be particularly significant for Trump, whose unruly debate performance last week turned voters in some key states against him.

Raphael J. Sonenshein, the executive director of the of the Pat Brown Institute for Public Affairs at California State University, Los Angeles, said that a debate between two running mates in any other year would be little more than a “political afterthought.” Wednesday’s vice-presidential matchup in Salt Lake City would be markedly different, he said, “given the age and vulnerability of the candidates” running for president.

“The vice-presidential debate could be the only thing happening,” said Sonenshein, who was on a panel of questioners for Harris’ 2016 Senate debate.

There have been some questions about whether Pence should participate at all, given his exposure to a White House where new positive tests are arriving by the day. “He was sitting in a sea of people with COVID,” said Dr. Rochelle Walensky, an infectious disease expert at Harvard University. “There is no way he should go anywhere.”

Jason Miller, a senior adviser to Trump, rejected the suggestion that Pence should skip the debate, which will be held at the University of Utah. Pence has so far tested negative for the coronavirus, and the two candidates will be 12 feet apart, an increase from the 7 feet that was originally proposed.

“I have no concerns at all,” Miller said on the NBC program “Meet the Press” while discussing the safety of Pence’s attending the debate. “We’re in a campaign. We have a month to go. We see Joe Biden and Kamala Harris out there campaigning.”

Vice-presidential contests are rarely determinative in presidential elections, particularly one with as dominating a presence as Trump on the ballot. But this debate is taking place in the midst of a crisis: a hospitalized president sickened by a virus that has already killed over 200,000 Americans, and a swirl of unanswered questions about the seriousness of his illness, his prognosis and when — or if — he will be able to return to the campaign trail. The election is now one month away.

Polls since early summer have shown Trump trailing Biden, heightening the importance of these kinds of mass-attention events.

Pence and Harris have until now largely been eclipsed by the contest between Trump and Biden. But it appears that for the time being, Pence will become the face of the campaign while its standard-bearer remains out of public view.

But Pence standing in for Trump could work to the benefit of the Democrats, according to Jennifer Palmieri, a senior adviser to the 2016 Democratic nominee, Hillary Clinton, and a coach for her running-mate, Sen. Tim Kaine of Virginia, for the 2016 vice-presidential debate.

“It’s so hard for the Biden-Harris ticket to get a clean shot at delivering straight message because Trump takes up so much oxygen,” she said. “They have to make the most of every opportunity.”

Pence has some advantages. After four years at Trump’s side, he has close experience with the major policy and political challenges that are bound to come up Wednesday, especially on the virus and the economy. And Pence went through such a debate in 2016, where he checked all of the boxes of an effective No. 2 candidate: He was a diligent defender of Trump and relentless attacker of Clinton.

By contrast, Harris has been in Washington since only 2017, and relegated to the sidelines as a Democrat in the Republican-controlled Senate. She has appeared in debates while running for senator and attorney general from California — much smaller-scale affairs against opponents of less ambition and talent than Pence.

For Pence, this is much different terrain from what he navigated in 2016. Trump has been besieged by questions about his handling of the COVID-19 crisis and the extent to which his own behavior endangered himself and others, and now the pandemic has swept through the White House and some Republican circles.

“It was squarely on the table in the presidential debate, and it’s going to be squarely on the table in the vice-presidential debate because it’s top of mind for everybody,” Kaine said in an interview. “Because Pence was asked to assume the leadership role. And now because the president — who undermined all the science all the way along and said it was a hoax or wasn’t a big problem — has now been diagnosed.’’

Pence will face an added burden to make the most of this moment, given Biden’s lead in many polls and the dwindling opportunities to change the trajectory of the race.

Pence, 61, is a former Indiana governor and served 12 years in Congress. Harris, 55, served as California’s attorney general and San Francisco district attorney before being elected to the Senate.

The two bring markedly different styles to this debate. Pence, in his session with Kaine and during an earlier debate when he ran for governor of Indiana, proved to be a calm and disciplined figure, difficult to fluster and, given his easy bearing, unexpectedly adept at going on the attack.

“There’s a reason why people question the trustworthiness of Hillary Clinton — and that’s because they’re paying attention,” Pence said in his contentious debate (at least by the standards of 2016) with Kaine.

He speaks quickly, rarely leaving a space between sentences for an opponent to jump in. “He is a very consistent, smooth, regulated debater,” said John D. Podesta, who was Clinton’s campaign chair in 2016. “His experience as a radio host taught him to be well prepared. He’ll be the anti-Trump in this debate. It will be the opposite of what you saw last Tuesday.”

“He’ll come in at you,” Podesta said. “He’ll come well prepared. He can go on the attack. It will be very modulated, silky.”

Harris has proved to be an intense and effective interlocutor as a member of the Senate Judiciary Committee. She raised her stock with Democrats with her aggressive questioning of, among other officials, William Barr, the attorney general.

In a debate, she can be withering and methodical, staring down at a lectern scribbling notes while waiting for her turn to speak, before moving in for the attack.

“Steve, I think you really should not go below the dignity of this debate or the office that we seek,” Harris said when Steve Cooley, the Los Angeles district attorney and her opponent in the 2010 race for California attorney general, accused her of failing to seek the death penalty in a murder case as the San Francisco district attorney.

“She will be prepared with certain specific, tested statements or lines,” Cooley said in an interview, recalling their meeting in 2010. He said that was on display in the Democratic debates when Harris attacked Biden for his record of opposition to busing.

“She will be well-scripted,” he said. “I don’t think she’ll do as well if she comes to an area where she’s not well scripted.”

Jeff Weaver, a senior adviser to Sen. Bernie Sanders, called her a strong debater. “Because of her prosecutorial background,” he said, “she is someone who is good at mastering presentation like you would do in a courtroom.”

Even before Trump’s hospitalization, Harris has said that a vice-presidential debate is fundamentally different from the primary contests because she needs to master not just her own record, but also those of Biden, Trump and Pence.

The Trump campaign has long sought to cast Biden as a stand-in for the “radical left” and to elevate Harris, who would be the first Black woman to serve as vice president, as the real power in a Biden White House.

Neil Newhouse, a Republican pollster, said the debate would draw heightened attention for both candidates. But in a campaign of such extraordinary stakes, he said that the defining question for voters will be whether Trump deserves a second term.

“So much stuff is happening every day and every week right now, that I’ve got to think the vice-presidential debate is going to be forgotten by the time the Election Day rolls around,” he said.

‘Coloured Lives Matter’: A South African Police Shooting Like No Other 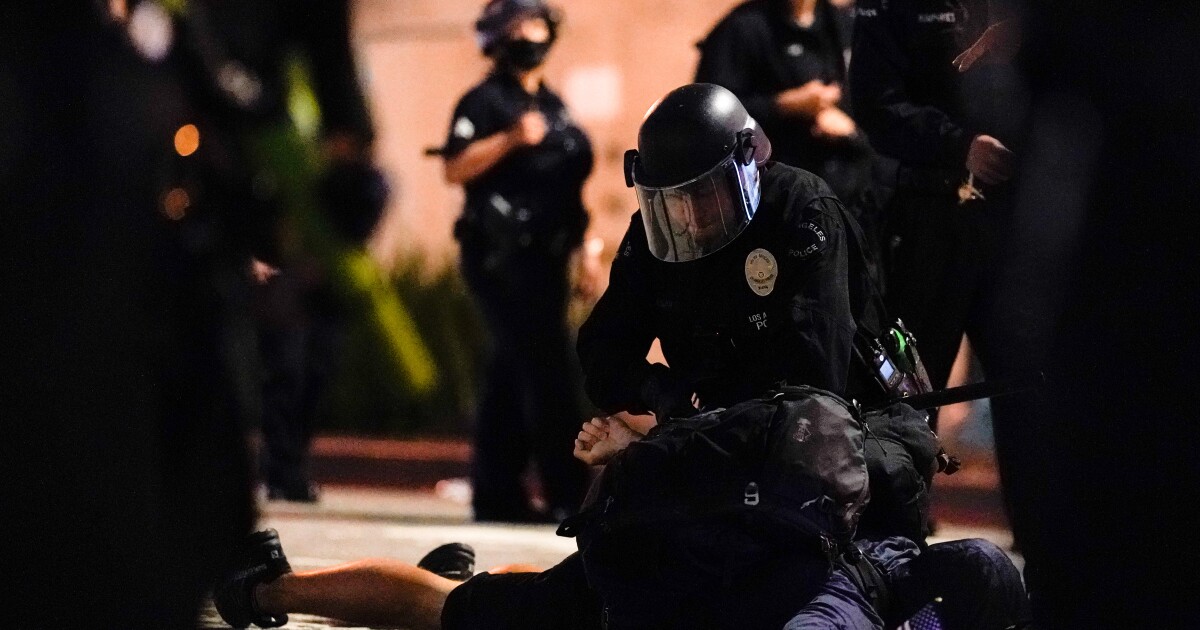 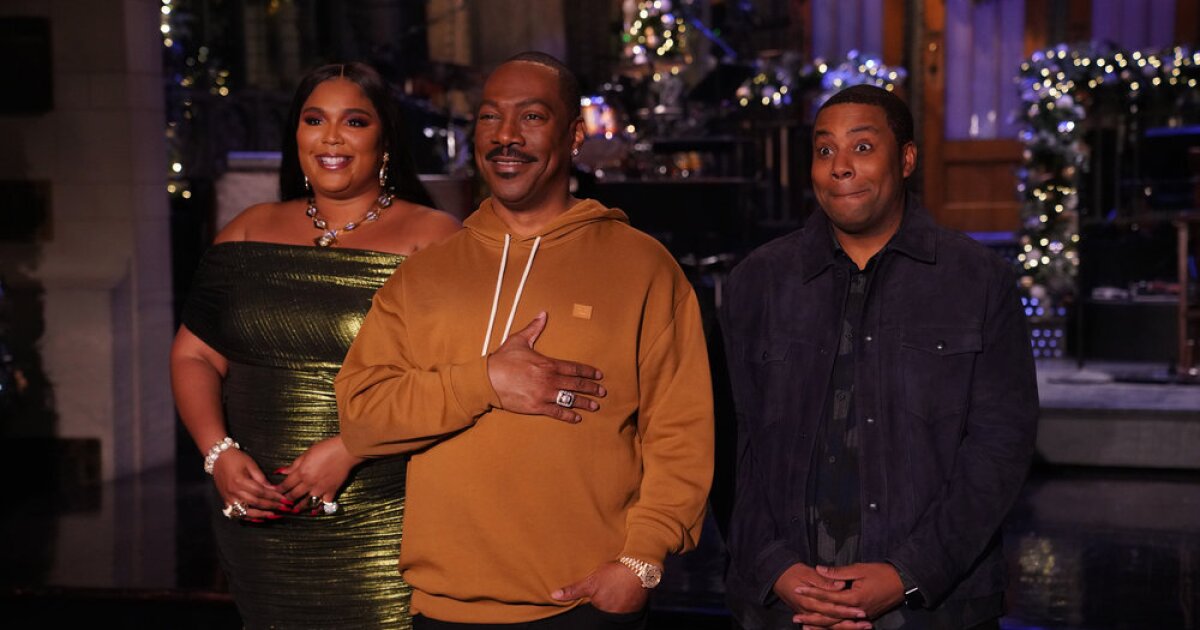 17 seasons later, Kenan Thompson is still having a blast on ‘Saturday Night Live’