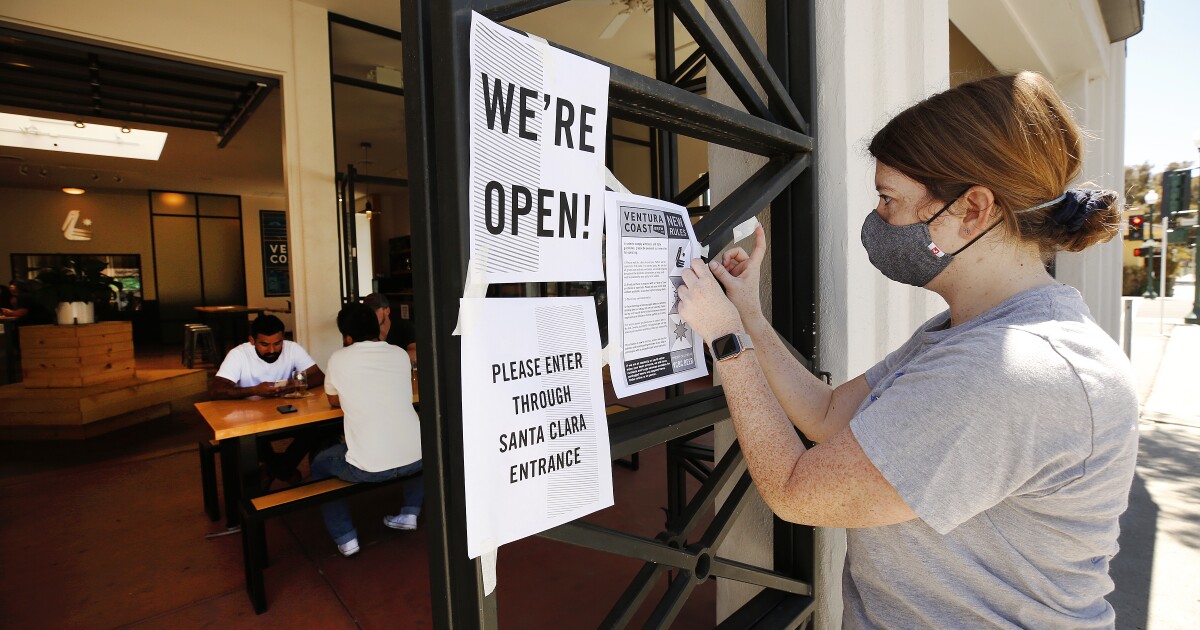 Despite an alarming spike in both coronavirus cases and hospitalizations, California health officials appear to have little appetite at least right now for a widespread retreat from reopening of the economy.

Over the last few weeks, California has seen itself go from coronavirus success story to cautionary tale as COVID-19 cases hit new record daily highs and the number of people getting sick enough to require hospitalization spiked.

The increases came as the state permitted stay-at-home rules to be lifted by counties at an increasingly rapid pace and allowed a myriad of businesses as well as churches and other institutions to reopen.

California’s first-in-the-nation stay-at-home order is widely credited with helping prevent the massive death tolls seen in places like New York and New Jersey. But now, some are wondering whether California reopened too soon.

It’s still probably too early to definitively answer that question. Yet even some of the strongest advocates of stay-at-home orders in local government — the health officials of the San Francisco Bay Area, who crafted the nation’s first regional shelter-in-place order — say progress needs to be made in reopening society.

For one thing, they argue the economic repercussions of stay-at-home orders are unsustainable for the long haul, and are devastating on their own. Even before officials began easing the rules, there was evidence people were getting back to their old routines, often without the social distancing and other safety rules experts say is crucial.

“For many people, this is not sustainable,” said Dr. Grant Colfax, San Francisco’s director of public health. “There’s a balance here, and we’re going to try and get that balance right.”

Newsom and others have said some of the reopening rules will be tweaked in individual counties based on how serious the coronavirus situation gets, but those decisions would be targeted and made locally, not on a statewide basis.

Even Dr. Anthony Fauci, the U.S. government’s top infectious disease expert, said a sudden return to stay-at-home is not the right solution.

“You don’t really need to go back to lockdown,” Fauci told the Sacramento Press Club this week. “You need to pause and say, ‘Wait a minute. We’re starting to open and things aren’t going right. What do we need to do to correct that?’”

California has seen two days of record-breaking daily coronavirus case tallies this week, with the cumulative total passing 200,000 Thursday. California has also seen a 32% increase in hospitalizations of patients with confirmed COVID-19 disease, and a 19% jump in ICU patients with verified infections, over the past 14 days.

The rate at which coronavirus tests are confirming infections is also on the rise. On Thursday, 5.6% of coronavirus test results were positive on average over the previous seven days; a week earlier, 4.6% were coming back positive for the virus, according to a Los Angeles Times analysis.

Newsom last week ordered all Californians to wear masks when in public places. He has defended his reopening strategy, emphasizing that the plan was never to be “in a permanent state of shutdown.”

“When you have people that are struggling and suffering with severe mental health and brain health issues, when people are not attending to their physical and emotional needs, those social determinants of health also must be considered,” Newsom said last week. “We have to recognize you can’t be in a permanent state where people are locked away — for months and months and months and months on end — to see lives and livelihoods completely destroyed, without considering the health impact of those decisions as well.”

Because it may take years until an effective vaccine is widely available, some health experts have said we may need periods of stricter social distancing interspersed with periods of loosening — ensuring that only a fraction of the population is infected with the coronavirus at any one time.

And some say a gradual reopening should be done in the summer so officials can figure out what works and what needs to be tweaked before the seasonal flu virus re-emerges in the fall.

Reopening schools is particularly important if it can be done safely, experts say, warning of dangerous long-term effects for children if classes don’t resume.

“Slowing the spread of the virus is but one of many things to consider when going about the business of living,” Dr. Scott Morrow, health officer for San Mateo County, wrote recently. “As we go through time with this pandemic, the balance needs to shift. In considering the educational, emotional, and developmental needs of children, I believe the balance shifts in that direction.”

“Early childhood experiences and early education sets the trajectory of your life. A lower educational experience … is almost impossible to recover from,” Morrow said.

There remains some debate among health officials about whether the reopening happened too quickly.

“In retrospect, I think we can say it happened a little sooner than it should have,” Dr. Sara Cody, the health officer for Silicon Valley, said of the reopening at the Sacramento Press Club. “But at the same time, it is understandable, because I think that we are all collectively grieving for the life that we don’t have anymore and desperately want to get back to it.”

She said the focus right now is reopening safely, and getting more people and businesses to follow safety practices released in recent weeks.

“Lives versus livelihoods is … a false choice,” Cody said. “It’s really about layering various prevention strategies, and trying as best as we can to stay true to each of them.”

There are a number of reasons why experts suspect that a return to a springtime stay-at-home order is not needed in California, based on what’s known right now.

For one, far more is known about the coronavirus and the way it spreads. California officials have spent months coming up with detailed documents outlining dramatically new ways in which businesses must operate until a vaccine is widely available.

In Los Angeles County, for instance, officials are requiring office workers to wear cloth face coverings during the workday when likely to come into contact with others. Elevator capacity is generally restricted to keep six feet of distance between other riders or, when not possible, a maximum of four individuals.

Gyms must keep occupancy at 50% or less, and machines have to be at least six feet apart. Churches are also at reduced capacity and have been instructed to eliminate in-person singing and self-service food and beverages.

Public adherence to California’s statewide mask order will also help, as well as heeding advice on limiting people’s interactions with others outside their household.

Although broad majorities said they supported the stay-at-home order — 82% of respondents in L.A. backed it in a survey taken in early May, according to the U.S. Centers for Disease Control and Prevention — there was also a desire by some people for a faster reopening.

Some became frustrated by an initial lack of a reopening timetable. In California, more than 1,200 pastors threatened to defy Newsom’s stay-at-home order that had kept churches shut. But before the services could be held on May 31, Newsom quickly issued new orders on Memorial Day explaining how counties could allow churches to open, albeit with caps on attendance.

If people are determined to do activities that put their health at greater risk, then it’s important to offer tools on how to reduce that risk, health experts say.

“We noticed that there was increased polarization in the country between public health people saying, ‘Don’t go to the beaches’ or ‘don’t go to church,’ and people saying, ‘well, we’ve had it … and we just want to go and reclaim the life that we had,’” said Dr. Peter Chin-Hong, a UC San Francisco infectious disease specialist.

“Our approach was to meet people where they were,” Chin-Hong said. Being dogmatic and insisting on staying at home longer was not tenable. “The more you tell somebody, ‘don’t do something,’ the more they’re going to do it,” Chin-Hong said.

“We’re going to be living with this virus for a long time,” said Dr. Kirsten Bibbins-Domingo, chair of UC San Francisco’s Department of Epidemiology and Biostatistics. “We can’t be ‘opened’ or ‘closed.’ What we have to do is be more clear that there are some things that have higher risks, some things that have lower risk … and then to move forward toward opening up.”

“We know that poverty and economic turmoil have a devastating impact on the health of individuals and communities,” Dr. Christina Ghaly, L.A. County’s director of health services, said. “Over time, poverty itself causes injury. It causes illness. It causes premature mortality and death. … Reopening is just as important for the health of our society as closing was.”

Fauci said he thinks California’s reopening strategy is sound, with what he describes as “little bits of surges at the community level” being observed. But Fauci added he was concerned that members of the public — particularly younger adults, who are now seen as a significant vector for spreading disease — think reopening means no restrictions, in which people are seen in public not wearing masks and in crowded areas.

“I don’t think it’s anything that the state of California is doing wrong,” Fauci said. “It’s what the response of the people are to what the opening process is.” 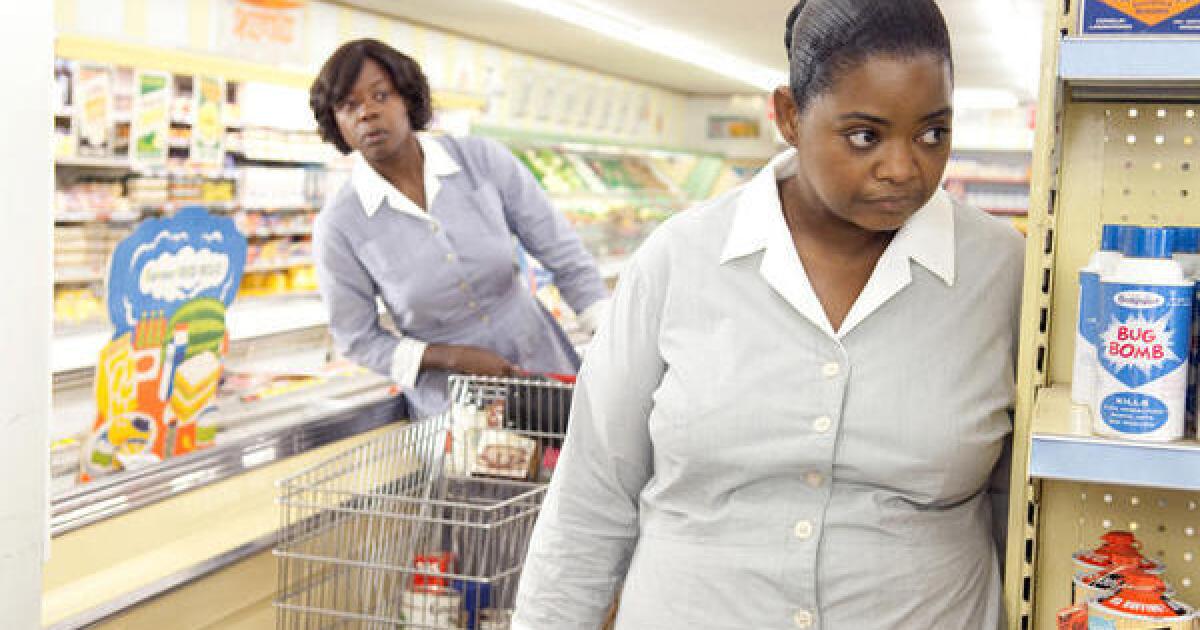 ‘The Help’ tops Netflix during protests, and Twitter is shaking its head

When Duty Calls, and Menaces

7 Inequities: A Weeklong Look at the Biases Women Face

Cameron Diaz Describes Her Experience As New Mom During A Pandemic

This date in sports: Kings pull off “Miracle on Manchester”