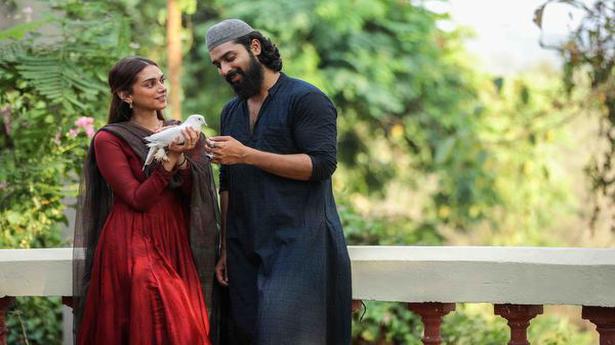 Dev Mohan admits that it was not easy to keep a secret for nearly two years. He had keep it under wraps that he was making his début as an actor opposite Aditi Rao Hydari. He plays one of the main characters in Sufiyum Sujathayum, the first Malayalam film that premières on an OTT platform (Amazon Prime) on July 3.

“Most of my colleagues and friends wondered why I was growing my beard and hair. So, when the trailer of the film released on June 24, they were in for a surprise. Some of them watched it twice to make sure it was me!” says Dev over the phone from his home in Thrissur.

Dev plays a Sufi saint in the film directed by Naranipuzha Shanavas. Aditi’s character, speech-impaired Sujatha, is in love with him. But she is married off to Rajeev (Jayasurya) and moves to Dubai. The plot revolves around events that unfold when she comes down to take part in the saint’s last rites.

Calling it a “dream début”, this mechanical engineer says that acting has been a passion for him from his school days. “However, I didn’t know how to go about it and was not confident enough to do theatre as well. Also, my family has no connection with the film industry. Even though I decided to learn acting, that didn’t go beyond a three-day workshop because I couldn’t keep away from my job for long,” says the 27-year-old, currently working with an MNC in Bengaluru.

So when the casting call for Sufiyum Sujathayum was made, he immediately applied. “I had this instinct that I may pull it off. If not, I thought I could at least meet Vijay sir [Vijay Babu, producer of the movie],” he laughs.

Although the audition went off well, he had to wait for nearly two years for the film to go on the floors. But all his doubts about the project were later set to rest by the production house. “The only advantage was that during that interval, I understood the character better. Since Shanavas ikka [director of the movie] has written the story and knows the character inside out, he talked about the nuances in my role. So, by the time the shooting started, I could easily step into his shoes,” he avers.

The challenging part about the role was “mastering whirling”. Sufi practitioners, often called whirling dervishes, engage in a form of prayer when they spin around. Dev practised the moves by watching videos. “It’s like meditation and so had to look organic. The process wasn’t easy. Initially, I used to feel dizzy and nauseated and had splitting headaches. It took nearly nine months for me to learn it,” he recounts, adding that when he shot the first whirling sequence, the entire crew burst into applause. He also learnt Arabic for the character. 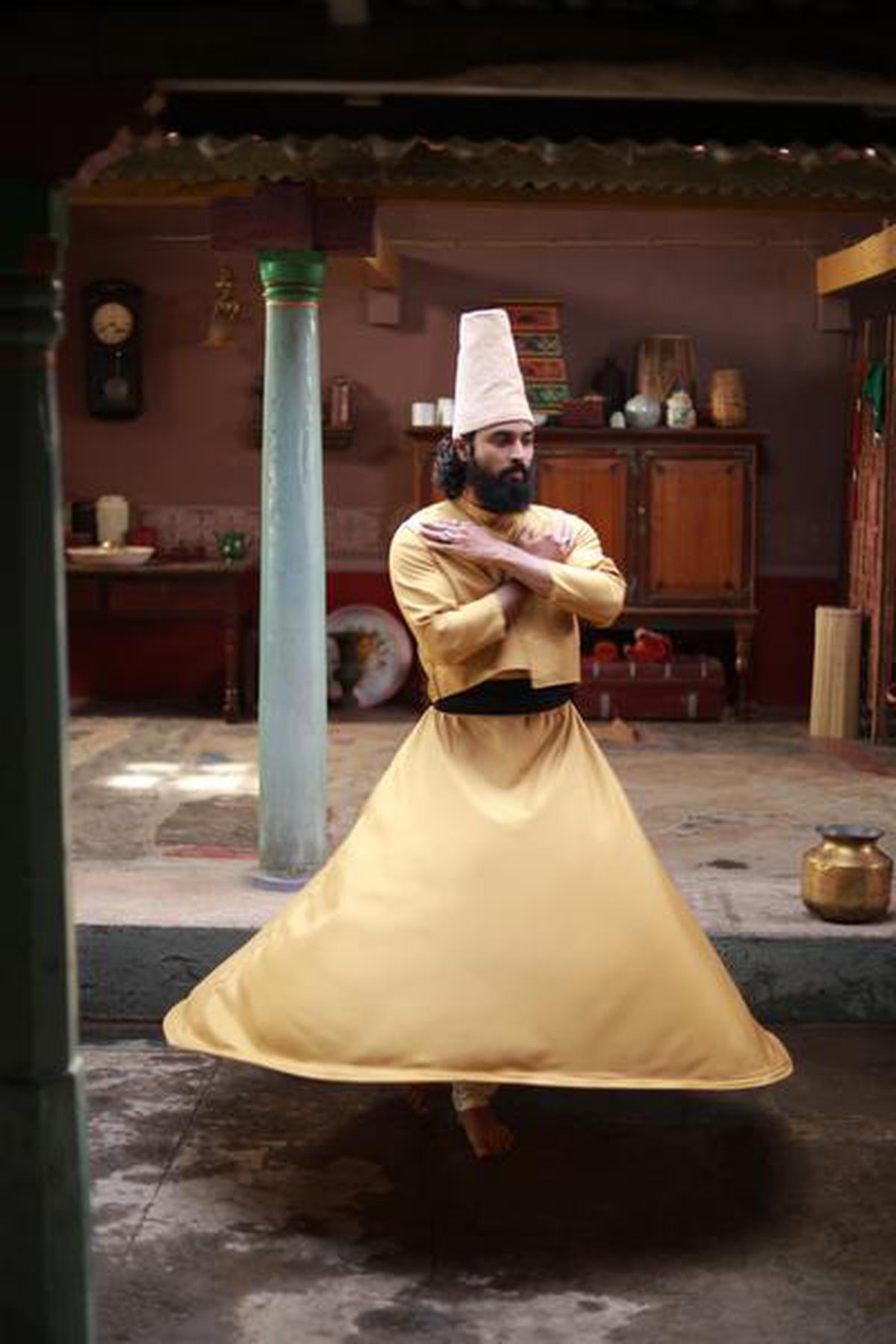 
The actor adds that he had apprehensions about sharing screen space with a seasoned artiste like Aditi. “The director and cinematographer [Anu Moothedath] had a pep talk with me before my first scene with her. They reminded me that even though she is an experienced actor, my respect for her shouldn’t hinder my performance. Our characters were in love and that emotion had to come across. Aditi, being a great sport, encouraged me saying that she was ready to go for any number of takes to help me out and gave me tips now and then,” says Dev. There was “tremendous support” from actors such as Mamukoya, Siddique and Manikandan Pattambi as well, he adds.

So, does he miss out on not having a theatre release? “It’s disappointing that there aren’t posters of my first movie. But this is the best option at the time of this pandemic. Otherwise, I might have had to wait even longer to see myself on screen for the first time,” he signs off.

U.S. firms can work with Huawei on 5G and other standards. Here’s what it means

Paid to Seduce Another Man’s Wife, He Fell Violently in Love With Her 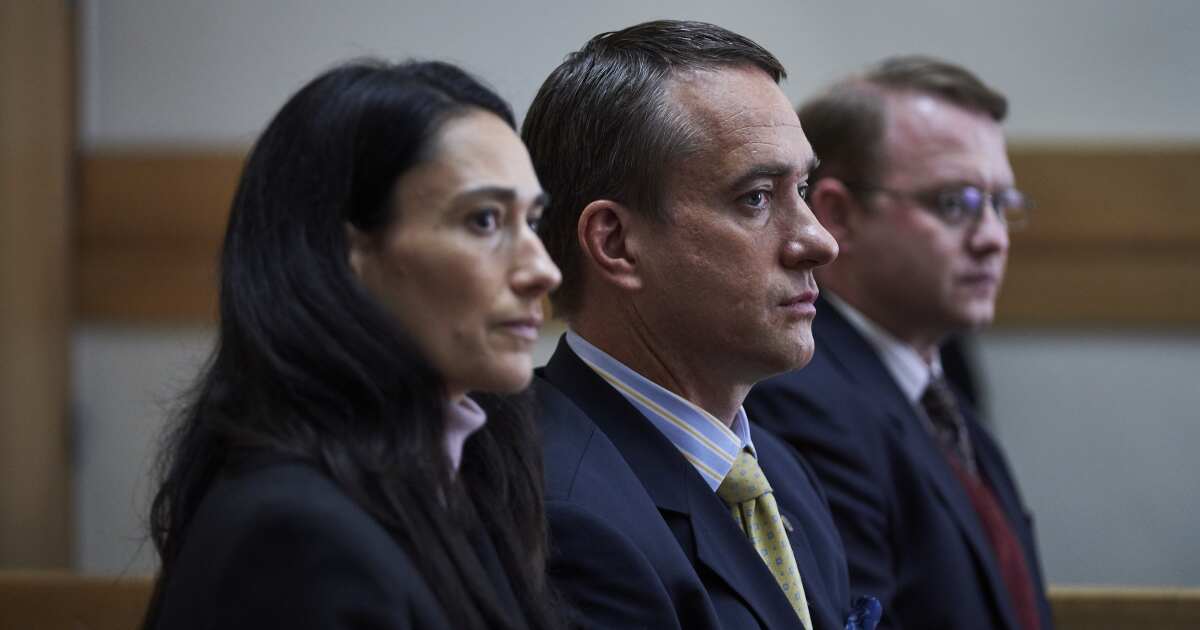 In Pandemic Times, All the Gaming World’s a (Concert) Stage

‘The Main Event’ Review: A Kid Pro Wrestler, in a Magic Mask