It was a transfer that came virtually from nowhere.

Just days after the rumours first started to surface, Liverpool have added to their attacking options with the signing of Diogo Jota from Wolverhampton Wanderers in a deal worth up to £45m.

With Liverpool already boasting one of the best attacks in football in Sadio Mane, Roberto Firmino and Mohamed Salah, where does Jota fit in?

BBC Sport takes a look at what Jota brings to the club, whether Liverpool really need him and why Wolves would let him go.

What kind of player are Liverpool getting?

Jota first arrived in England three years ago when Wolves were in the Championship and made an immediate impact, enjoying a prolific season in which he scored 17 goals as Nuno Espirito Santo’s side secured promotion to the Premier League.

His two years in the top flight have not been quite so prolific, with a very credible nine goals two years ago followed up by seven last season.

Jota did, though, contribute heavily in the Europa League, scoring nine goals in just 14 games and his arrival at Anfield will certainly give Jurgen Klopp more options in what will undoubtedly be a tiring campaign both domestically and in Europe.

It is for that reason that Match of the Day pundit and former Tottenham midfielder Jermaine Jenas believes Jota will prove to be an astute addition.

“It is brilliant business,” he told BBC Radio 5 Live.

“You do get the feeling that if there is any part of Liverpool’s team that gets overused it is that front three. Klopp very rarely rotates those players and this signing will keep them fresh.

“We are going into a season that will be very specific in terms of any season we have had, where rotation is going to be key. The games are going to be coming so thick and fast.

“This is a team that will feel they have won probably everything they have wanted to win at Liverpool and they need to feel on their toes.”

Why do Liverpool want him and where will he fit in?

For all Liverpool’s insistence they would not be spending big money, it was never likely they or Klopp would simply rest on the team that gave them their first title in 30 years last season.

Thiago Alcantara was never off the radar at any point so it was no great surprise when that deal was done with Bayern Munich.

But this £45m move for Jota is more surprising.

It makes sense, however, given Liverpool felt Watford were asking too much for Ismaila Sarr and 23-year-old Portugal international forward Jota also fits the bill perfectly.

He has proven himself at Premier League level, although he scored more heavily in the Europa League last season, and provides pace and the versatility that enables him to play across all three front positions in Liverpool’s preferred system.

Klopp will see Jota as a tried and trusted Premier League player who can not only flourish in his own right but also reduce the burden on Firmino, in particular, as well as Mane and Salah.

Liverpool are determined to repeat last season’s Premier League win so while the messages on transfer business were low-key it was never going to be a summer of total inactivity at Anfield.

The club, in line with Klopp’s public statement about their levels of spending, will no doubt now move to balance the books, with teenage defender Ki-Jana Hoever already moved on to Wolves in a £13.5m deal.

Of more interest, perhaps, is whether Jota’s arrival brings the end of other more high-profile Anfield careers much closer.

It would certainly appear the likes of 2019 Champions League final goalscorer Divock Origi and Xherdan Shaqiri will see their opportunities reduced, while highly rated 20-year-old Rhian Brewster is a target for other clubs such as Sheffield United, who want to sign him on a permanent deal.

Liverpool are weighing up their options in that case, but expect departures after a frantic 24 hours of transfer activity.

Why have Wolves let him go?

After starting with an apology for his behaviour in a post-match press conference on Thursday, during which he refused to explain the reason for Jota’s non-appearance in the Carabao Cup defeat by Stoke, Wolves manager Nuno Espirito Santo was pretty insightful in his latest media briefing on Saturday lunchtime.

“A good deal for everybody,” was how he described it. That can be translated as “don’t think this is simply a case of a bigger club coming to cherry pick one of our players”.

Nuno’s squad is evolving. Jota can be outstanding on his day. But the manager has already spoken this season about the drive for greater consistency. Jota scored 16 goals last season. But he only scored in 10 games. By the time Wolves reached the end of the season – and crucial matches against Olympiakos and Sevilla in the Europa League – he was only used as a substitute.

At Sheffield United, in the opening game of this season, Jota remained on the bench throughout. In Daniel Podence – a January signing from Olympiakos – and Pedro Neto, Wolves had alternative foils for Raul Jimenez. Nuno had decided in the summer if a decent offer came in for Jota, the 23-year-old could go.

The arrival of 18-year-old Fabio Silva is another sign the squad is evolving.

Nuno needs a replacement for Matt Doherty, who left for Tottenham, and the money Wolves receive from Liverpool will help pay for it.

It is ludicrous to say Wolves were in control of this situation because Liverpool are – and probably always will be – a bigger club. Few players turn down the opportunity to join them.

But, as Nuno says, the deal suits everyone – and that most definitely includes Wolves.

Brave Teenage Refugees Seek a Home of the Free

Another Man Who Said ‘I Can’t Breathe’ Died in Custody. An Autopsy Calls It Homicide.

The Title Of ‘Jeopardy’ Host Alex Trebek’s New Memoir: What Is ‘The Answer Is’?

Mi 10 Goes on Sale via Amazon, Mi Store: All You Need to Know 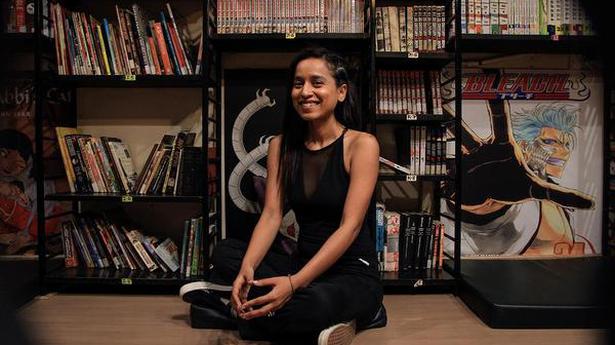