Disney’s “Mulan” is being postponed until August, as coronavirus cases continue to rise and the safety of movie theaters has been called into question.

On Friday, Disney announced the film would now be released on Aug. 21. This is the second time “Mulan” has been pushed from its release date. The film was originally set to debut in March.

“While the pandemic has changed our release plans for ‘Mulan’ and we will continue to be flexible as conditions require, it has not changed our belief in the power of this film and its message of hope and perseverance,” Alan Horn, co-chairman and chief creative officer, and Alan Bergman, co-chairman of the company said in a joint statement.

The postponement of the Disney film comes just a day after Warner Bros. shifted the release of Christopher Nolan’s “Tenet,” also citing concerns over the increase in Covid-19 cases. “Tenet” had been slated to be released July 17, however, the film was pushed to July 31 in mid-June and then to Aug. 12 on Thursday.

These moves by Warner Bros. and Disney come as the U.S. has posted record numbers of cases and hospitalizations in states like Texas and Florida.

As the number of coronavirus cases continue to rise epidemiologists  have voice concerns about the safety of returning to movie theaters.

While theater owners have established guidelines in an effort to stem the rate of infection, like social distancing and increased sanitation, only some locations are requiring masks. The predominant way Covid-19 is spread is through physical contact between people and the exchange of infected droplets. Infectious disease experts worry that the air-conditioning in these enclosed theaters could increase the risk of spreading the disease, especially if patrons are not wearing masks. 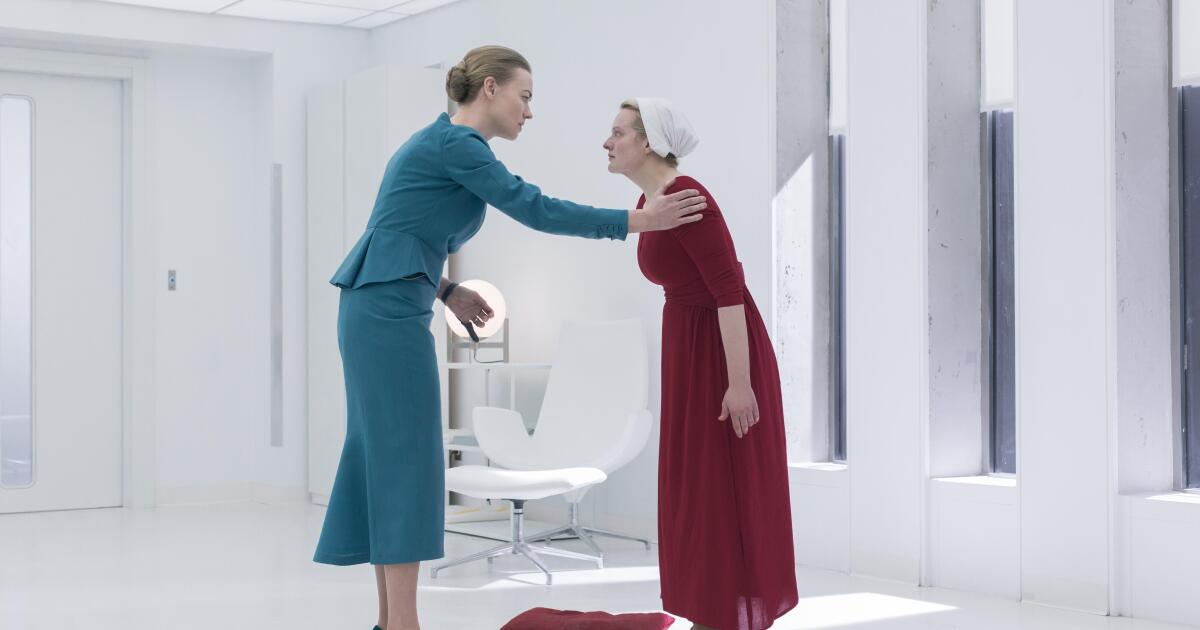 Behind the scenes of the most combustible ‘Handmaid’s Tale’ relationship

How To… Stay Socially Distanced

Welcome to the ‘Rabbit Hole’

‘Feel the Beat’ Review: Tough Love in the Dance Studio