European Central Bank (ECB) President Christine Lagarde addresses a news conference on the outcome of the meeting of the Governing Council in Frankfurt, Germany, January 23, 2020.

The European Central Bank said it discussed the recent appreciation of the euro at its policy meeting on Thursday and will “carefully monitor” the exchange rate going forward.

The euro hit a 1-week high of $1.1902 during the press conference following the policy decision. It has risen over 5% against the the U.S. dollar since the start of July and analysts have questioned whether this could prompt further monetary easing by the ECB. A stronger currency makes imports cheaper, hitting euro zone exporters and tightening financial conditions for the wider economy.

“The Governing Council discussed the appreciation of the euro, but as you know we don’t target the exchange rate,” ECB President Christine Lagarde said in a press conference Thursday.

The ECB’s mandate is to ensure price stability, however, big swings in the exchange rates could impact inflation.

As a result, Lagarde added that the ECB will “have to monitor carefully such matter.”

The euro also got a boost Thursday when Lagarde announced a “strong” economic rebound in the euro area.

“The incoming data since our last monetary policy meeting in July suggest a strong rebound in activity broadly in line with previous expectations,” she said.

“Euro-area domestic demand has recorded a significant recovery from low levels,” she added, while warning that “elevated uncertainty about the economic outlook continues to weigh on consumer spending and business investment.”

In this context, the central bank revised up its growth forecast slightly for 2020. Gross domestic product is seen now dropping by 8% this year, from a June estimate -8.7%. For 2021, the ECB expects GDP to grow by 5% and by 3.2% in the year after that.

Against this backdrop, the ECB decided Thursday to keep its interest rates and coronavirus-stimulus program unchanged. The interest rate on the ECB’s main refinancing operations, marginal lending facility and deposit facility remain at 0.00%, 0.25% and -0.50%, respectively. While the bank’s Pandemic Emergency Purchase Programme remains at a total of 1.35 trillion euros ($1.6 trillion).

It comes despite a surprisingly low inflation reading in August, the lowest since 2001, which has raised questions about whether the ECB will have to do more to revamp the euro economy.

Although the ECB decided against any major policy action Thursday, the ECB President did admit that its current coronavirus-stimulus program would likely be used in full.

“Certainly under current circumstances, it is very likely that the full envelop of PEPP will be used,” she said.

In June, the ECB ramped up its coronavirus-stimulus program from 750 billion euros to 1.35 trillion euros, to last at least until June 2021. Analysts are expecting an increase in the total amount of the program before the end of the year.

What Does Pride Mean Now?

If you’re not paying attention to late-night TV right now, you should 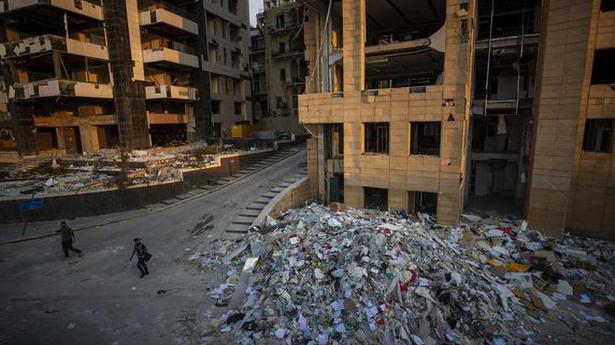 Sharp rise in COVID-19 cases in Lebanon after Beirut blast

Mexico’s War on Its Citizens’ Bodies