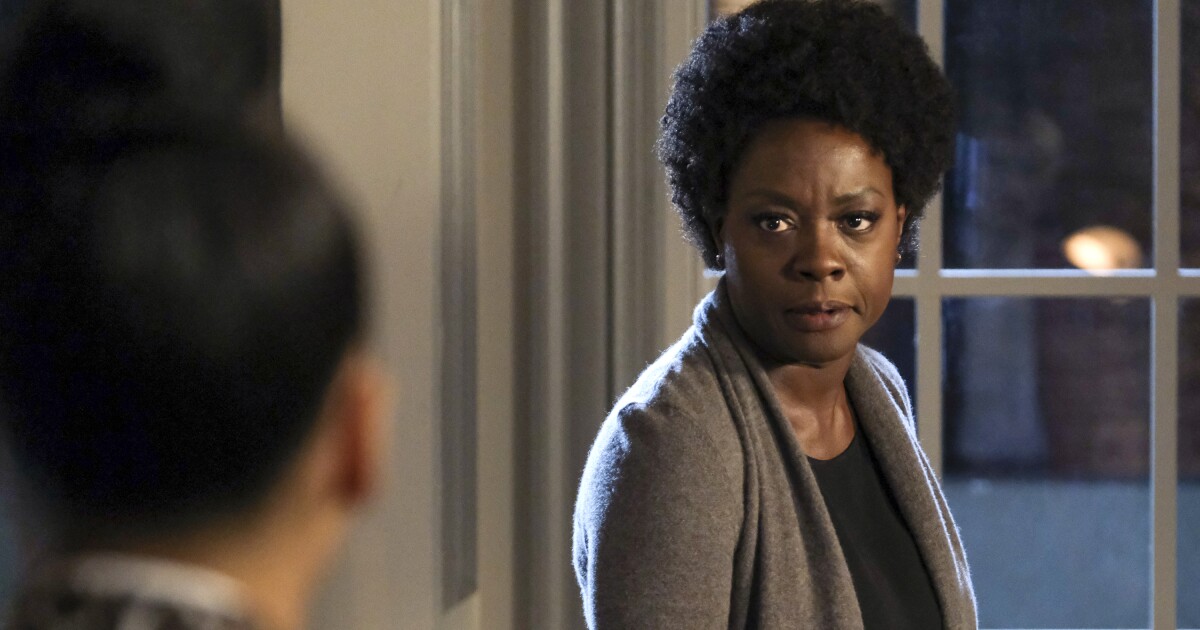 “Game of Thrones” earned nine lead and supporting acting nominations for its final season last year, part of a ridiculous, record-breaking haul for a farewell that, even fans admit, underwhelmed in every possible way.

The show’s exit opens up plenty of real estate this year (particularly after a rule change that will expand the number of nominees), offering hope for other actors and viewers interested in seeing a variety of work rewarded.

Then again, if voters go all-in on “Succession,” I’m OK with that too.

Viola Davis, “How to Get Away With Murder”

Comer won last year, taking the Emmy that many thought her costar would win. It’s possible that both women will be shut out this year as “Killing Eve” has failed to spark much conversation for its third season. Plus, the competition is fierce. I see Comer getting back in with the expansion of the category to at least seven nominees, possibly eight.

Earlier this year, Aniston won at the SAG Awards, while Colman took the Golden Globe. Since then, Linney joined the fray with a new season of “Ozark” that sunk her character more deeply into the evils of the family business and delivered her lost soul brother (a great Tom Pelphrey) to her doorstep. Linney’s showcased performance will be the one freshest in voters’ minds.

Danes won this Emmy in 2012 and 2013 for her signature spy role in “Homeland”; Davis prevailed two years later for the ground-breaking “How to Get Away with Murder.” Both shows have finished their final seasons, giving voters one last chance to honor them. As Danes hasn’t been nominated since 2016 and Davis made it in just last year, I’d give the edge to the latter for her uncompromising work.

Sterling K. Brown, “This Is Us”

All but one of last year’s six nominees — Kit Harington for “Game of Thrones” — is again eligible. But Emmy voters are going to be up to speed on “Succession,” meaning that room must be made for the show’s cutthroat patriarch and, perhaps, his sad, self-loathing son. Seriously, if Bateman makes it in for playing blank, calculating Marty — and he will; he won an Emmy for directing “Ozark” last year — and Strong is snubbed after dropping that epic rap, a “tribute of a certain flavor” to Logan (“just remember, I’m not a professional”), then voters should be made to play a few rounds of boar on the floor until they see the error of their ways.

Bateman directed Mendelsohn in “The Outsider,” and I’m sure he’d be the first to tell you just how brilliant the Australian Emmy winner (“Bloodline”) was as the series’ grieving detective. Both Mendelsohn and his “Outsider” costar Cynthia Erivo should be nominated for their work on the haunting HBO series, easily one of the spring’s most noteworthy shows.

I have almost, almost, let go of the rage I’ve been holding onto since last summer when Emmy voters once again — seriously, what is wrong with you? — failed to nominate Rhea Seehorn for her remarkably nuanced turn as Kim Wexler in “Better Call Saul.” Can we please just stop with this annual rite of indignation? Every year, Seehorn tops herself, and this past season expanded Kim’s role on the show in ways both fascinating and alarming, ending with a scene (I’m not going to spoil it) that would have been shocking had Seehorn not done such a remarkable job over the series’ 50 episodes in revealing her character’s complex layers. Kim’s a character for the ages. It’s way past time to reward the woman who gave us this gift.

Peter Dinklage has ceded the throne, leaving an opening for … well, maybe Banks finally earning an Emmy or Crudup to win for his gleefully eccentric turn as a network executive on “The Morning Show.” You could easily fill out this card with four actors from “Succession” (Alan Ruck’s Connor manages to make the rest of the Roy family look almost normal), and it’d be almost criminal to nominate Macfadyen without Braun, his young partner in crime and comedy.

“The Handmaid’s Tale” earned 44 nominations for its first two seasons, but viewers’ appetite for the dystopian drama waned in its third season. Whitford won the guest actor Emmy last year for his portrayal of Gilead’s troubled, weirdo architect (his third trophy), and he’ll likely make the jump to supporting actor this year. Praise be … I guess. I’d rather see Esposito be rewarded again for the exacting Gus Fring. But then, maybe I’m just hoping that every restaurant cleans its deep fryer to the standards that Gus demands these days.

Watch This: It’s Time for ‘ER’

Landslide in Norway Sweeps 8 Buildings Into the Sea

The Oscars Will Add a Diversity Requirement for Eligibility