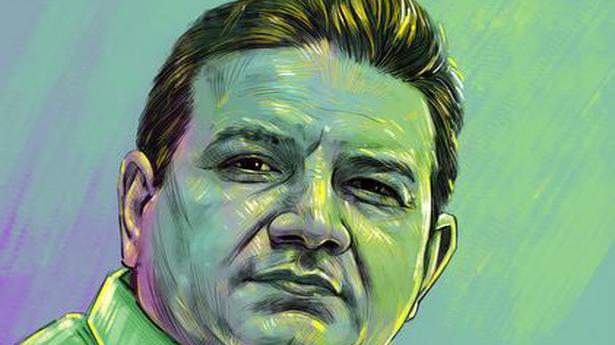 The actor, who plays his first lead role as a circus artist in the recent film ‘Ram Singh Charlie’, talks about his transition from theatre to cinema

Famous in theatre circles for over 25 years for his many memorable performances (Shakkar ke Paanch Daane, Kaumudi, Muktidham etc.), Kumud Mishra is now making his mark in movies. His latest film, Ram Singh Charlie, directed by Nitin Kakkar and released recently on SonyLiv, features his first role as lead. His performance as the eponymous character elevates the well-written story about the struggles of a circus artist. He has acted in other films too, including Rockstar (2011), Filmistaan (2014), Airlift (2016), Sultan (2016), M.S. Dhoni — The Untold Story (2016), Mulk (2018), Article 15 (2019), Thappad (2020) etc. Excerpts from an interview:

We’ve been hearing about ‘Ram Singh Charlie’ for a long time. When was it made?

We finished filming in 2015 and post-production work was completed in 2016. It took four-five years of struggle to release it — it’s the same story with every independent film. But now, we’re are happy with the response we’ve been getting after its OTT release. It reaffirms our faith in the film. I think it has come at the right time.

Why is this the right time?

Because the struggle of Ram Singh in the film is something many of us are going through. Workers have lost jobs; cinema theatres are closed. So many people are suffering without work. Film stars might survive on their savings, but what about technicians, spot boys etc? In other sectors too, people have lost jobs. All of them can relate to Ram Singh’s struggle when the circus shuts down.

When did you come to Mumbai?

In 1995. I came at the behest of my guru, Satyadev Dubey, who had set me up for a screen test for a new film (The Making of the Mahatma; Shyam Benegal). The plan was to complete the audition and go back in 3-4 days. But when I reached PMGP colony, I decided that this was where I wanted to live. I had no ambitions to work in cinema or television. My interest was theatre, and since Dubeyji was in Mumbai, I started working with him. I then met Sunil Shanbag and worked with his theatre group, Arpana, in many plays. At the same time, I also got television work in Mahesh Bhat’s Swabhimaan and Tanuja Chandra’s Zameen Aasmaan.

In theatre, you have played the main protagonist’s role more often than not. But in films, at least until now, you’ve been doing small roles. As an actor, how do you negotiate this difference?

I am fundamentally an actor. I don’t care how long or how important the character is . My focus has always been what I am learning and with whom I am working. In both theatre and cinema, the team is very important. More so in theatre, because you are spending so much time together. For example, with some directors like Abhishek Majumdar, you are together for 8-10 hours every day during rehearsals. In Mumbai plays, we work a minimum of 3-4 hours in rehearsals every day. If there have been moments where I have felt that I have been given a smaller role, I have consciously fought my ego and reminded myself that I am an actor and my duty is to be able to perform any role. As far as television and cinema are concerned, you are a product there. So, your fees and sometimes the length of your role are dependent on your market value, and there is no question of nurturing my ego there. Yes, at times I feel that I should be getting much better work. But the most important thing for me is that I do justice to the roles I get.

What was your first film?

Sardari Begum (1996). It was a dream come true — I was in a frame directed by Shyam Benegal.

You took a long break from movies after ‘Sardari Begum’. When and how did you come back to films?

Amrit Sagar was making 1971 in 2007. It was written by Piyush Mishra, and a lot of theatre friends like Manav Kaul, Deepak Dobriyal, Chittranjan Giri, Ravikishan and Manoj Bajpayee were part of the project. I couldn’t say no. But even though it won a national award, it didn’t do well in cinemas. Then Rockstar came to me via the casting director, Mukesh Chhabra. This film made me popular among the general public, and so began the second phase of my journey in films.

Do you think OTT platforms have led to an increase in content-oriented works and more talented actors getting work?

I think it is what society today demands — people clearly want something new and real. And we have a new generation of directors and writers who are interested in telling different stories. Also, due to the lockdown, the significance of OTT platforms has increased tremendously, and now many younger, talented folks who were waiting in the wings are getting opportunities. And because people have so many options on these platforms, any work that’s not good vanishes quickly into a black hole. The chalta hai attitude will no longer work.

As far as big films are concerned, for that matter any film, the cinema theatre is the place for them. The collective experience of watching a film in a theatre is vital for the art. And big budget films are essential for keeping movie economics healthy. They invest big money and earn big money, which feeds many mouths.

How different is acting in theatre and acting in a film? How do you negotiate the different demands of the mediums?

The new film directors have been a blessing. They don’t treat actors differently. For instance, Anubhav Sinha has always given me the full script. Same with Imtiaz Ali. For Rockstar, I worked for one-and-a-half months on the script and the language. I never felt I was treated differently compared to a star like Ranbir Kapoor. Of course, the mediums are different. In theatre, you rehearse so much that your role becomes a physical memory. In cinema, when I am in front of the camera, I am only worried about the other character. I don’t have to perform for the camera. But in theatre I have to be aware of the space and the audience as well as the co-actor, and I project my performance accordingly. For instance, the way I would perform at Prithvi and the way I would at Rangashankara are different, and it also depends on the audience energy since it is live.

Ram Singh is your first lead role. How did the film happen?

After Filmistaan, when we met at a party, Nitin Kakkar had told me about his plan to make this film. He asked me if I wanted to do it. After I heard the script narration, there was no way I could have rejected such a role. At this juncture in my career, I consider myself lucky to be offered an opportunity to play such a character.

It is a challenging role; you essay all kinds of emotions as well as impersonate Charlie Chaplin. Did you prepare differently this time, knowing the film’s responsibility rested on your shoulders?

Playing the lead role does not necessarily increase your responsibility. Every character is a responsibility. When Nitin cast me in Ram Singh Charlie, I was overweight, and he wanted me to play a Charlie Chaplin impersonator. I had to work very hard. I used to go to the office in the morning and work till evening. There were classes lined up — dance classes, Chaplin training and script reading sessions all day. It was an exciting process. So, yes, it was difficult.

You have recently started using social media. It seems there is more scrutiny than ever of celebrities on social media; they have to be on guard all the time.

I am not at all comfortable with social media. I signed up to promote the new film. Social media has big reach and has its own place, but it is not society. It’s unfortunate that it has started dictating the conversations in our lives. It’s a tragedy that newspapers have gone out of our lives. As an actor, an artist and a person I have an opinion on politics, economics and society and I don’t hesitate to express myself. But I don’t want to use social media to express myself. I will directly converse with my society instead.

How do you see your journey so far?

I live in the present. Thankfully, my memory is bad, so I don’t dwell on the past at all. I don’t see Ram Singh Charlie or any other work in the context of a 25-year journey. But I have really enjoyed the journey. I still feel as nervous when I have a new role as I did 25 years ago. Yes, I understand the craft better now, but that’s a double-edged sword because you tend to resort to your bag of tricks. I am happy with where I am. Both my personal and artistic journeys have been very satisfying.

The Bengaluru-based writer is a theatre artist and documentary filmmaker.

These small businesses applied for a forgivable loan. Here’s how.

Coronavirus: The shielders turning the word ‘vulnerable’ on its head 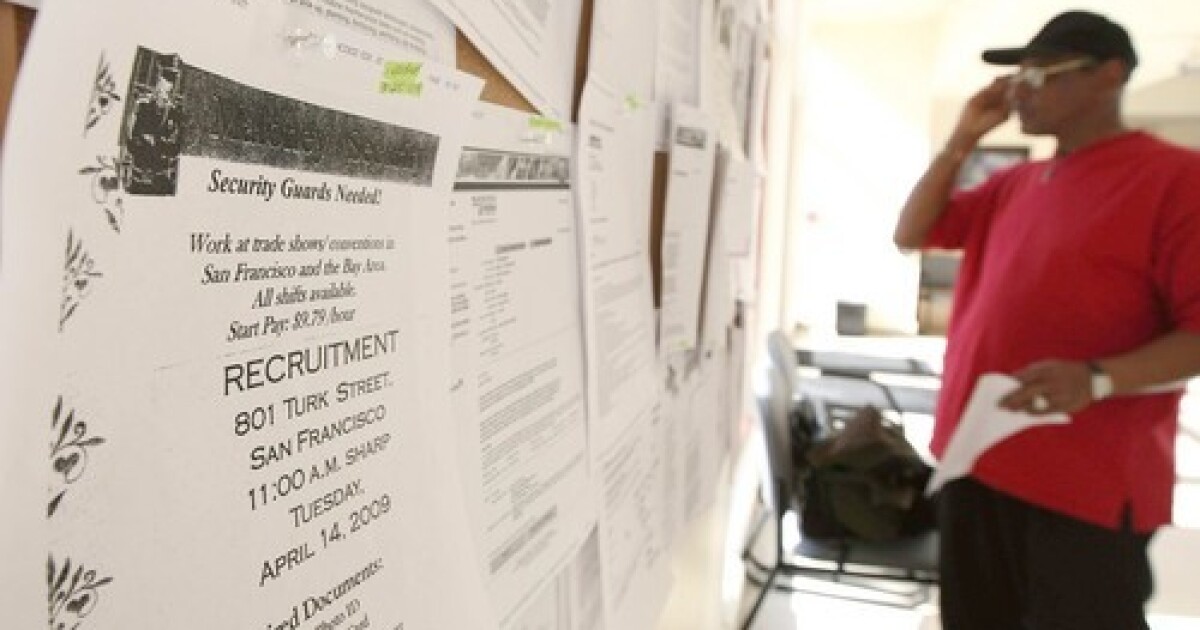 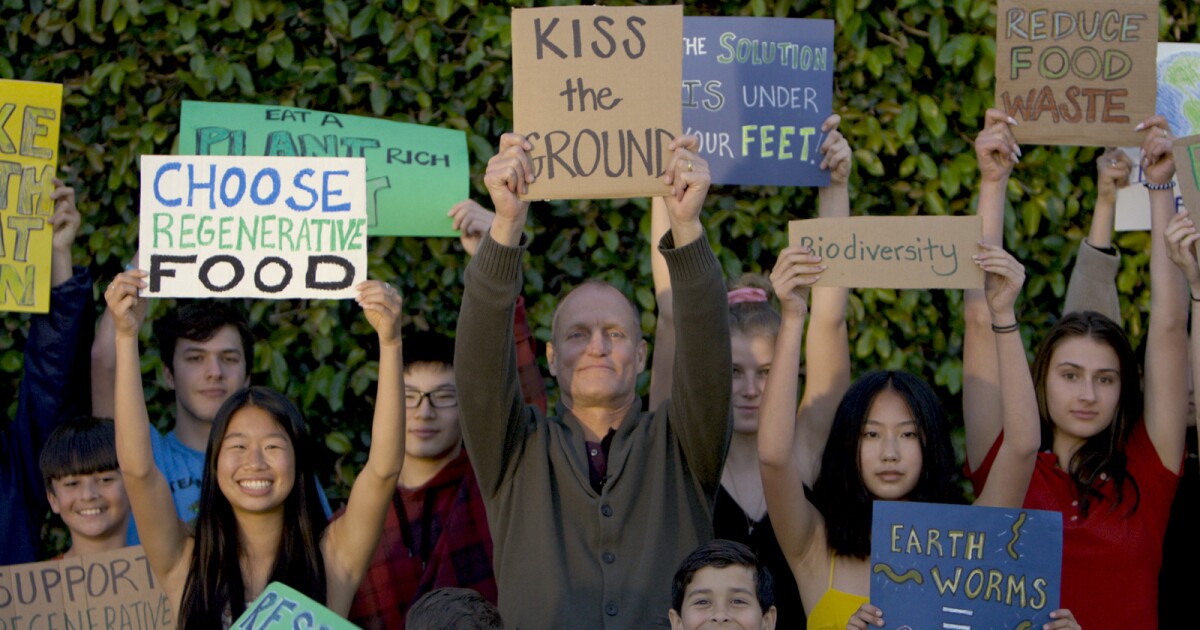 Review: ’Scuse me while I ‘Kiss the Ground’: How soil might be Earth’s climate change savior

Christian Group Hits Trump: ‘The Days Of Using Our Faith For Your Benefit Are Over’

Opinion | As Mayor of Minneapolis, I Saw How White Liberals Block Change