There is a serendipity to life, even in the Pandemic lockdown, as yesterday it turns out Masterclass has an Annie Leibovitz photography tutorial, and today is another discovery, Burk Uzzle, a trenchant photojournalist who has been showing his work since 1969. F11 AND BE THERE is his filmic journey, or “A Look at the Life and Work of Iconic American photographer Burk Uzzle” directed by Jethro Waters. First Run Features will open this documentary virtually on Oct. 9, at the Laemmle in Los Angeles, also at the Gene Siskel Film Center (Chicago), among other venues. A “white” shooter from the South, he yearned to become a “LIFE” magazine photographer. Chronicling the unrest and seismic change in his Southern milieu, he was granted intimate access into the black community by default. As such, Uzzle  shot such indelible moments as a woman’s bare hand on the stone cold death visage of Martin Luther King, Jr.

Among his mentors are seminal French photo artist Henri Cartier-Bresson, and of course “F11” refers to the upper rate in f-stop on a single lens reflex, or now a Digital Single Lens Reflex (DSLR), whereby the aperture is more closed down.

Since there is a relationship between shutter speed and opening or aperture, F11 is quick, almost things in flight on one hand. But also using a slower shutter speed, can create a rich depth of field and memorable optic effect.

A soundbite from the distributor gives a nod to his longevity, “for 65 years and counting, Burk Uzzle has created some of the most iconic photographs in American history. From Martin Luther King to Woodstock to America’s small towns and back roads, Uzzle’s photographs have provided a breathtaking commentary on American civil rights, race, social justice, and art.”

Jethro Waters is a writer, director, producer, editor, and cinematographer of films, television, and music videos. Among features and short films, he has made music documentaries and music videos with Angel Olsen, Natalie Prass, Eric Slick, Valient Thorr, Matthew E. White, River Whyless, and a host of other musicians and artists. Jethro’s work as a filmmaker has often been published in The New York Times, The Guardian, Rolling Stone, Pitchfork, NPR, Billboard, among many other publications and media outlets. He has made a wide range of films with teams from various professions – publishing, art, academia, cinema, music, and commercial. His recent film, YENE FIKIR, was in the official selection of the 22nd Annual San Francisco Black Film Festival, and was screened in the Massachusetts Museum of Contemporary Art, with a live score performed by acclaimed musician Natalie Prass. Jethro’s short film REMAINS was a featured part of the Civil Rights museum photography exhibition “I Am a Man” curated by William R. Ferris, exhibiting in The Smithsonian National Museum of African American History and Culture in Washington D.C., as well as art museums in Montepellier, France, and Johannesburg, South Africa through 2018 and 2019.

Burk Uzzle’s career, like his pictures, is a nuanced composition blending American culture, individual psyches of particular places or people, and an atypical way of seeing ourselves, our values, and our community. Always respectful yet locating the poignant or quirky, the history of his narrative belongs to all of us. Initially grounded in documentary photography when he was the youngest photographer ever hired by LIFE magazine at age 23, his work then grew into a combination of split-second impressions reflecting the human condition during his tenure as a member of the prestigious international Magnum cooperative founded by one of his mentors Henri Cartier-Bresson. For fifteen years, Uzzle was an active contributor to the evolution of the organization and served as its President in 1979 and 1980.

During the sixteen years he was associated with Magnum, he produced some of the most recognizable images we have of Woodstock to the assassination and funeral of Martin Luther King Jr. to our comprehension for the experience of Cambodian war refugees. His archive spans almost six decades. His current work rests deep in photographic appreciation of the quiet, strong, and eloquent beauty he discovers in America’s small towns and its people. Uzzle’s current body of work is the production of artful and constructed reflections of his subjects, many of whom are African-American residents proximal to his studio in North Carolina. Their layers of experience are conjoined with Uzzle’s fundamental appreciation for unseen characteristics, which he ably captures in a collaborative, interpretive context along with his eye and his heart. Though Burk Uzzle’s contributions to the mediums of art photography and photojournalism over a 60+ year career are innumerable, F11 and Be There finds its center in his contemporary portraiture work with African Americans in Eastern North Carolina. This film is a journey alongside one of America’s greatest visual poets as he makes museums exhibitions with a local community, travels America’s backroads in search of hidden treasures of Americana, and using his vast archive as a guide, confronts race, inequality, and injustice through the many parallels of the 20th and 21st centuries.

As an artist at the age of 80, Burk Uzzle momentum through creation is only ever increasing. As vibrant and whimsical as many of his photographs are, so too are his musings about the philosophies of art and living. Learn more about

Burk Uzzle’s body of work, and the film here.

A Barware Company for the Pros Adds Amateurs to the Mix 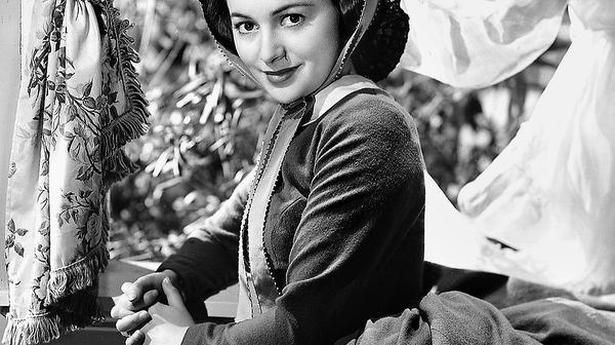 The Chinese bond market is a ‘standout’ globally, says UBS