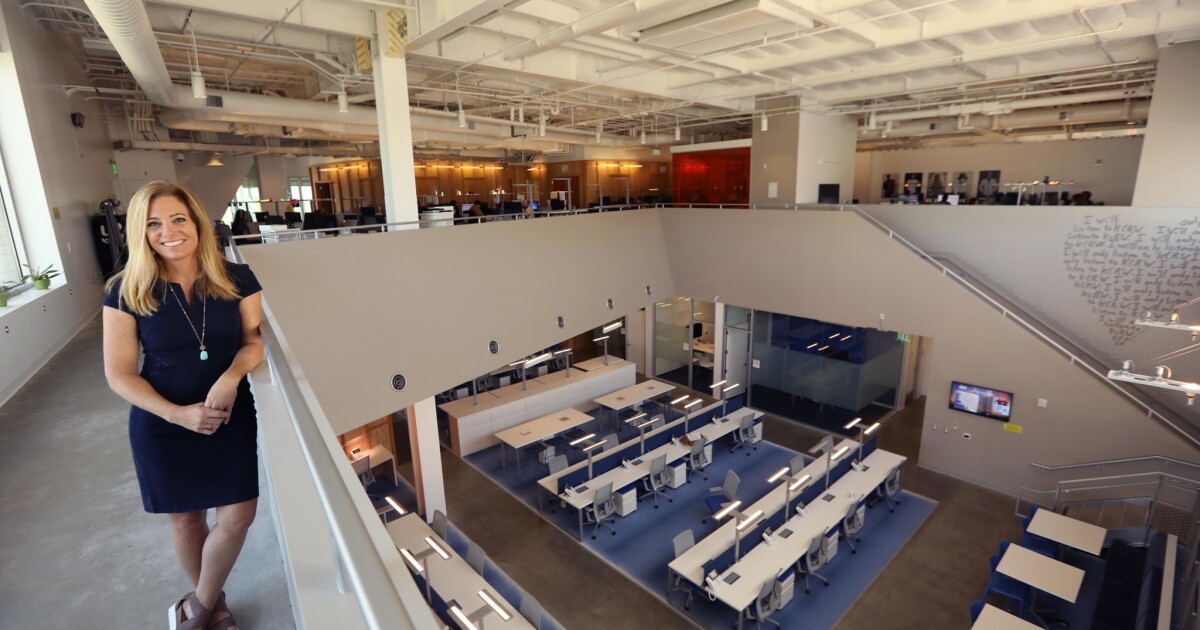 In the latest blow to the Los Angeles media landscape, Santa Monica-based NPR affiliate KCRW-FM (89.9) has extended buyout offers to members of its staff, and so far 24 have accepted.

According to a statement shared on social media Monday evening by We Make KCRW, which posts on behalf of the radio station’s SAG-AFTRA-affiliated content creators, “KCRW management has come to the table to present voluntary buyout options to staff as a first step to address a budget shortfall.”

Among those who have accepted buyouts, according to a staff-wide email that KCRW President Jennifer Ferro sent Monday, are DJs Liza Richardson, Mario Cotto and Mathieu Schreyer, as well as “Morning Becomes Eclectic” producer Mary Chellamy. Six members of the programming staff, including longtime producer Frances Anderton, have also taken the offer.

Of the departing 24 staff members, Ferro wrote in the email: “Each one has made an indelible mark here. Some have been here for more than 20 years and I’m sure the decision to do this was as hard for them as it is for us to say goodbye.” She added that a few of those who have accepted buyouts will be leaving as soon as this week. Through a KCRW spokeperson, Ferro declined The Times’ request for further comment.

Like most media outlets, the popular station, which in 2018 moved into a new $38-million production facility on the campus of station owner Santa Monica Community College, has been hit hard by the economic effects of the COVID-19 pandemic.

Best known for its flagship music show, “Morning Becomes Eclectic,” the long-running nonprofit station’s offerings extend beyond the FM dial. But commuters across the region had long become accustomed to hearing what the station touts as its “handpicked music,” to catch up on the news through the NPR-produced afternoon news show “All Things Considered” or get lost in hour-long narrative shows such as “This American Life.”

News of the station’s buyouts also calls into question the hunt for a new “Morning Becomes Eclectic” host. When DJ Jason Bentley bid farewell at the end of 2019, music director Anne Litt took the reins of the show, which runs daily from 9 a.m. to noon. First on her agenda was to be hiring a permanent “Morning Becomes Eclectic” host so she could focus on overall music programming. More than 10 months later, Litt remains the show’s host.

Was happy to see my name on Forbes list: PV Sindhu on being 13th richest female athlete in 2019