The Financial Action Task Force (FATF) is all set to decide on Pakistan’s grey list later this month via a virtual meeting, reported news agency PTI on Monday.

FATF had extended the deadline later due to the Covid-19 pandemic. Pakistan tried wriggling out of the grey list by imposing financial sanctions on 88 banned terror groups and their leaders, including 26/11 Mumbai attack mastermind and Jamaat-ud-Dawa (JuD) chief Hafiz Saeed, Jaish-e-Mohammed (JeM) chief Masood Azhar and underworld don Dawood Ibrahim.

It may be noted that the FATF plenary scheduled for October 21-23 will now decide whether Pakistan can be excluded from the grey list, based on its performance to meet global commitments and standards on putting an end to money laundering and terror financing, according to a Dawn news report quoted by news agency PTI.

The meeting was earlier scheduled in June but the Covid-19 pandemic came as an unexpected breather for Islamabad. The agency had also put a general pause on the review process, resulting in the allotment of four additional months to Pakistan.

In February, the FATF gave Pakistan a four-month grace period to complete its 27-point action plan against money laundering and terror financing. It may be noted that Pakistan had earlier missed 13 of its targets.

In its third plenary held virtually in June, the FATF decided to keep Pakistan in the grey list as Islamabad failed to check the flow of money to terror groups like the Lashkar-e-Taiba (LeT) and Jaish-e-Mohammed (JeM).

It is worth mentioning that in July this year, Pakistan’s Senate unanimously approved two bills related to the tough conditions set by FATF. Again in August, the Pakistan parliament’s lower house passed four FATF-related bills as part of efforts by the country to move from the FATF’s grey list to white list.

Meanwhile, in September, the joint session of the Pakistan parliament amended about 15 laws to upgrade its legal system to match international standards as required by the FATF.

The Pakistan government has already submitted its report to FATF and its affiliated review groups and responded to comments, detailing all the measures that have been taken with respect to the 13 outstanding action points.

The FAT meeting this month is crucial for Pakistan and will review the country’s compliance with the 13 remaining action points. The FATF will now examine if the country demonstrated rapid measures and sanctions in cases of violations relating to terror financing risk management and terror financing sanctions obligations.

Moreover, the FATF will also judge if competent authorities were cooperating and taking action to identify and take enforcement action against illegal money or value transfer services. It would also examine if it had proven implementation of cross-border currency and bearer negotiable instruments controls at all ports of entry, including applying effective, proportionate and dissuasive sanctions.

Pakistan also has to detail if law enforcement agencies were actively identifying and investigating the widest range of terror financing activity and that terrorist financing probes and prosecution target designated persons and entities.

The country’s outstanding action areas also include effective implementation of targeted financial sanctions (supported by a comprehensive legal obligation) against all 1,267 and 1,373 designated terrorists and those acting for or on their behalf, including preventing the raising and moving of funds, identifying and freezing assets (movable and immovable), and prohibiting access to funds and financial services.

If FATF finds that Pakistan has failed to meet its requirements, there is a possibility that the global body may put the country in the ‘Black List’ along with North Korea and Iran. Pakistan Prime Minister Imran Khan had earlier warned that if the country is blacklisted at the FATH, the entire economy will be destroyed due to inflation and a massive fall in Pakistan rupee.

After a Staggering Rally, What’s Next for Stocks? 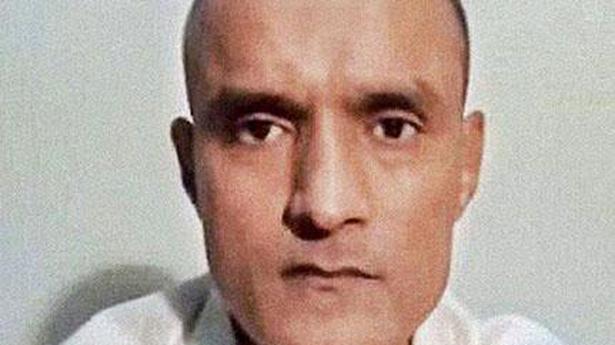