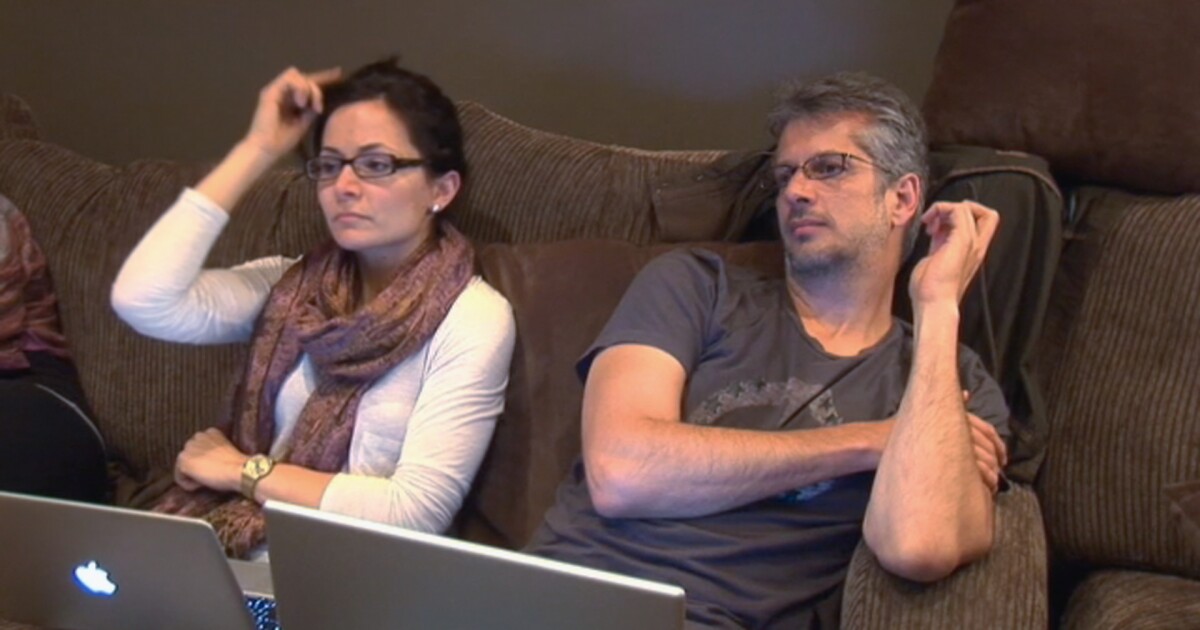 If you’ve watched “The Vow,” the HBO docuseries following disaffected members of NXIVM, as they extricate themselves from the alleged cult and speak out against its leader, Keith Raniere, then you might be wondering how seemingly intelligent people got involved in such a dubious operation.

Weren’t they freaked out by the color-coded sashes that members wore to denote their rank? What about the outlandish claims about Raniere’s supposed intelligence or the midnight volleyball games he insisted on playing? Was anything really worth moving to the suburbs of Albany, N.Y., where the group was based?

Sarah Edmondson and Mark Vicente, two of the primary subjects of “The Vow,” which concludes its run on HBO Sunday, say they never planned to join a cult. They were well-meaning spiritual seekers who found a sense of purpose through the group’s “Executive Success Program” — or ESP — personal development seminars, supposedly designed to help people overcome their “limiting beliefs.”

As recounted in “The Vow,” Edmondson and Vicente worked their way up the organization’s internal hierarchy — known as “the stripe path” — and became enthusiastic boosters of its mission, recruiting Hollywood actors and other artists to join NXIVM and helping it expand across North America.

But more recently, they were key players in the downfall of the group, speaking out in an explosive 2017 New York Times story detailing a secret society within NXIVM, known as DOS, whose female members, including Edmondson, were designated roles as “master” or “slave” and branded with Raniere’s initials. Others were put on restrictive diets and, in some cases, coerced into sexual servitude.

In separate interviews, Edmondson and Vicente spoke about their experiences in NXIVM, why they ignored the warning signs and whether they’ve given up on self-improvement.

How they got involved

When Edmondson first enrolled in a five-day intensive ESP seminar 15 years ago, she was a struggling 20-something actress, living in a $400-a-month basement apartment and starring in the occasional beer commercial.

Encouraged by Vicente — a filmmaker she’d met on a spiritual cruise — Edmondson enrolled in the workshop, thinking it might clarify her purpose in life. She wasn’t impressed. At least not right away.

“My gut instinct on Day 1 was that it was weird and culty and that I wanted to leave,” Edmondson says by phone from her home in Canada. Pausing occasionally to soothe her 18-month-old toddler, she recalls that she decided to stick it out until Day 3, as Vicente had told her to do.

“And at that point the indoctrination and the programming can literally take hold of your mind,” she says. “It’s a crazy process. Anyone who thinks they’re not susceptible to brainwashing — we’re all brainwashed.”

Edmondson says she had a breakthrough at the first seminar, deciding she needed to fire her agent and plotting how she’d do it. Other actors in the organization got positive feedback about gutsier, more emotional performances. “I felt like I just wanted all my friends to have that secret book of knowledge on how to be successful,” she says of her NXIVM evangelism.

Edmondson hopes that “The Vow” will help keep people from making the same mistakes she did. “When people look at things like this, their natural instinct is [to say], ‘That would never happen to me, only stupid people fall for stuff like this.’ I want to dispel the myth of how people get involved. Nobody joins a cult on purpose, just like nobody gets into an abusive relationship on purpose.”

Edmondson says that the public is now more educated about alleged cults and high-control groups, thanks in part to shows like “Leah Remini: Scientology and the Aftermath” or “Wild Wild Country.” “Had I seen a documentary like this when I was 26, I might have seen those red flags and gotten the f— out before going further.”

Vicente, who was raised in South Africa, was approached about NXIVM after his spiritual documentary “What the Bleep Do We Know!?” became an unexpected box office hit. He rapidly ascended within the organization, becoming a board member and and one of Raniere’s few male confidantes, speaking to “Vanguard,” as the leader was known, virtually every day for seven years. (In phone calls included in “The Vow,” the men used pet names for each other, “Markos” and “Keithos.”)

Vicente likens NXIVM’s self-help classes and the personal breakthroughs they seemed to create to the “goodies” — flowers, jewelry, vacations — handed out by an abusive boyfriend. “You can’t lead organizations like [NXIVM] unless you give people goodies,” he says.

His wife, actress-singer Bonnie Piesse, also was active in NXIVM but began to have doubts about Raniere’s controlling behavior, particularly over his female acolytes, and decided to leave. It took some convincing but Vicente eventually followed her, as did Edmondson.

He soon reached out to Noujaim, a friend and fellow documentarian who’d enrolled in ESP classes at his suggestion, to tell her what he’d learned. “I was in complete horror. Honestly, it was like, ‘Oh, my God, what have I dragged my friend into?’” he says.

Noujaim and Amer followed Vicente, Piesse and Edmondson as they defected. At first, they say, it was all about self-preservation: documenting their version of events because they anticipated a hostile response from NXIVM leaders.

Bit by bit, they realized there might be a bigger story to tell — especially since, as members of NIXVM, they had habitually recorded many of their conversations and gatherings.

“The main reason it was done was for Keith’s own narcissism,” Edmondson says, “because he was so ‘wise.’”

Getting beyond the ‘sex cult’ label

Both Edmondson and Vicente have been troubled by what they see as sensationalist, superficial coverage of NXIVM and lurid headlines that gloss over the complexities of a secretive organization.

“I was deeply disturbed about the ‘sex cult’ label, though I understand why it happens,” Vicente says. “It’s the thing, though, that got everyone’s attention.” But, he adds, the term discourages people from asking why so many seemingly intelligent people were drawn to the group — a relevant question these days.

“We live in a society where there are so many radicalized people that believe insane things. It is easy to go, ‘Well, they are idiots.’ Why don’t you try to understand how they got there, why they think these crazy things?”

While some critics have balked at “The Vow’s” length, Vicente believes it has brought much-needed nuance to the salacious headlines. Noujaim and Amer “were determined to figure out how to tell the deeper story. In my case, it’s a 12-year journey from, ‘Wow, this is amazing,’ to ‘Holy s—, this is hell.”

The experience with NXIVM “broke my belief in goodness,” says Vicente, who now lives with Piesse in Portugal. “Being a whistleblower sucks. It sucks. Because the inside [of the group] hates you and the people that leave also hate you. Eden was being run by a sociopath. But I still destroyed Eden, and that’s upsetting.”

Vicente says leaving the group was “like a shuddering wakeup,” and his attitude toward anything even vaguely related to personal growth was “very reactionary,” he says. “I was like, f— every self-improvement, human potential bulls— thing that exists. You can go f— yourselves. You’re all led by a bunch of psychopaths.”

He is recovering — slowly. “Whatever this process is, I am not through it. I have spoken to people who have been in organizations for 30, 40 years. It can take decades to unravel everything.”

Vicente continues to channel his energy into a number of creative endeavors, including a forthcoming memoir about his experience in NXIVM, a mystery thriller starring Piesse that he plans to direct and a trilogy of documentaries.

Edmondson, whose husband was also involved in NXIVM, has followed a similar journey. When a friend recently invited her to a “personal development thing,” she responded: “Are you f— kidding me? After what I just went through?”

She says, “I am very skeptical of groups and anything where there is a glorified leader.” Edmondson is in therapy and looks for other ways of healing but, she says, “My trust in humanity is definitely damaged.”

One important step in the healing process came last year, when she had the brand of Raniere’s initials removed from her body. All that remains now is a 4-inch white line, similar to a C-section scar — “a reminder,” she says, “of my strength and what I’ve gone through. That I’m a survivor.”

Where: HBO
When: 10 p.m. Sunday
Rating: TV-MA (may be unsuitable for children under the age of 17) 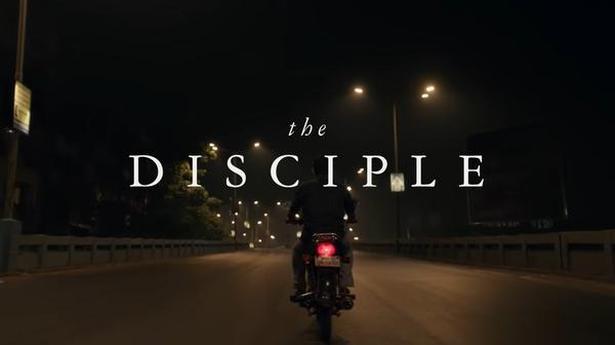 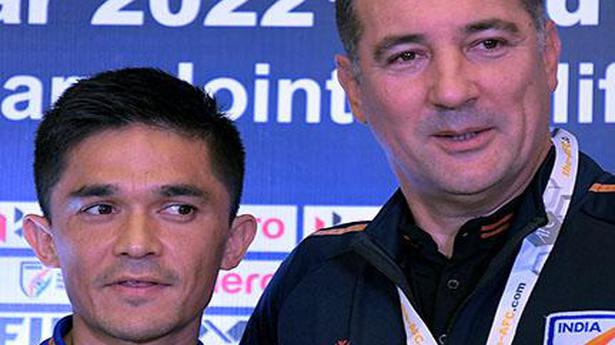 ‘150 Glimpses of the Beatles,’ by Craig Brown: An Excerpt

Climate Disruption Is Now Locked In. The Next Moves Will Be Crucial.

How businesses are planning to bring workers back after coronavirus