Ford says its Active Drive Assist system will allow for hands-free driving on more than 100,000 miles of divided highways in the U.S. and Canada.

Ford Motor’s answer to advanced driver-assist systems such as Tesla’s Autopilot and General Motors’ Super Cruise is launching as the automaker introduces important new or redesigned vehicles such as the all-electric Mustang Mach-E crossover.

The company’s new “Active Drive Assist” will be part of the automaker’s “Co-Pilot360” safety and convenience technologies. The hardware for the hands-free driving system will be available to order first on the Mach-E later this year, followed by other “select” vehicles for the 2021 model year, Ford announced Thursday.

Customers will have to wait until next year though for the technology to be available on the Mach-E. The crossover, according to the company, will be “among the first” vehicles to receive the system during the third quarter of 2021 via a remote, or over-the-air, update or at a dealership.

A spokesman for Ford declined to comment on what other vehicles the technology will be offered on as well as their timing. The automaker’s F-150 is likely a good candidate. Ford is unveiling a redesigned version of the pickup next week with a new electrical architecture, or brains, of the vehicle, which is a key enabler for such technologies.

Ford’s Active Drive Assist begins rolling out on select 2021 model year Ford vehicles and will be available across the Mustang Mach-E lineup.

Ford’s Active Drive Assist will control a vehicle’s speed, braking and steering through a system of cameras, radar and other sensors on more than 100,000 miles of divided highways in the U.S. and Canada. The system’s design and function are more like GM’s Super Cruise than Tesla’s Autopilot.

Both GM and Ford systems will only operate on pre-mapped roads. They also use an infrared driver-facing camera on the steering column to monitor a driver’s attentiveness to allow hands-free driving. Tesla’s system offers greater functionality and availability but does not utilize a camera and drivers must check in by touching the vehicle’s steering wheel.

What will separate Active Driver Assist from GM’s Super Cruise, according to Ford officials, will be the way the system handles and interacts with drivers. The main physical difference is Ford’s system will communicate with drivers through a digital driver information screen rather than primarily through a light bar on the vehicle’s steering wheel.

“A huge amount of work was done in this respect,” Darren Palmer, global director of battery electric vehicles at Ford, said during a media briefing. “We noticed from reviewing systems on sale that it can be a little bit confusing to customers.”

Palmer said the system is “very smooth” and clearly communicates how the vehicle is operating, which is “important for building confidence.”

Active Drive Assist will be available across the Mustang Mach-E lineup. Ford said the availability of the system on other nameplates will vary by vehicle.

Hannah Gadsby’s ‘Douglas’ Doubles Down on the Comedy of Contradiction

The Women Doctors Who Fought to Serve in World War I

All Quiet on the Far East Side 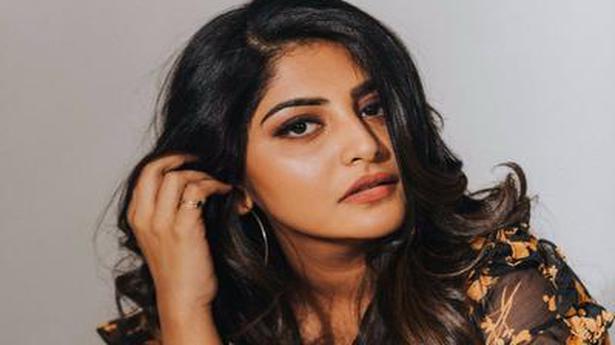