During the vice presidential debate last week, several issues came up — including the Supreme Court, climate change and taxes — that underscored the tightrope that Joe Biden and Kamala Harris are trying to walk as they seek to balance appeals to progressives and moderates alike.

President Donald Trump and Republicans have used these issues in particular in their attempt to paint Biden and Harris as prisoners of the party’s left wing, even as Biden, who has a substantial lead in the polls, has run as an unapologetic centrist.

Still, some of the issues are among those that Biden and Harris themselves disagreed on during the Democratic primary race, presenting a particularly thorny challenge for Harris as she tried to defend Biden on the debate stage against Republican attacks.

Complicating matters for Biden is the pressure he continues to face from the left, which views him as an imperfect steward for the party. In fact, Biden has been reluctant to support transformative policies favored by the left, like expanding the size of the Supreme Court or supporting the Green New Deal.

In recent weeks, he has refused to give an answer about his views on increasing the size of the Supreme Court, telling reporters Thursday, “They’ll know my opinion on court-packing when the election is over,” a remark that incensed Republicans and left him looking evasive.

On Saturday, he again dodged the question when asked about whether voters deserved to know his position before Election Day, saying, “The only packing going on is, this court is being packed now by the Republicans after the vote has already begun.”

Certainly, there is no comparison between Biden and Trump when it comes to consistency on policy or transparency, now or over the years. Just last week, Trump halted stimulus talks abruptly, and the White House is now seeking to revive them. And he and his team have been evasive or nonresponsive on a host of issues, from details of his health status to his own health care policy.

Still, here’s how the Democratic ticket has tried to thread the needle on — or simply ignore — four key policy issues.

Expanding the Size of the Supreme Court

Since the death of Justice Ruth Bader Ginsburg, the potential for a decades-long conservative majority on the court has prompted some Democrats to call for increasing the number of justices on the Supreme Court. They view that as a countermeasure if Republicans rush through Trump’s nominee, Judge Amy Coney Barrett, after having refused even to hold hearings on President Barack Obama’s nominee, Judge Merrick Garland, in 2016.

The issue, however, is complicated for Biden and Harris. For one, the two have had conflicting views: Biden, who served for years on the Senate Judiciary Committee and led it for a time, has expressed opposition to expanding the Supreme Court, while Harris has said that she was “absolutely” open to it.

But with confirmation hearings looming and Republicans seeking to turn the issue against the Democratic ticket, both candidates have repeatedly dodged questions about whether they support adding justices to the Supreme Court. In television interviews and in response to questions, Biden has declined to say whether he would consider adding seats, saying he viewed it as a distraction.

“It’s a legitimate question, but let me tell you why I’m not going answer that question,” he said last month in an interview with WBAY, a Wisconsin television station. “Because it would shift all the focus.”

It was a sharp departure from his answer on the issue last year.

“I’m not prepared to go on and try to pack the court, because we’ll live to rue that day,” Biden said in an interview with Iowa Starting Line.

During a campaign event in Florida on Saturday, Vice President Mike Pence brought up Biden’s refusal to say whether he supports such a move, saying, “The American people deserve a straight answer when you’re running for the highest office in the land.”

Harris and Pence also tussled over the issue during the debate, with Pence demanding “a straight answer” and Harris, in keeping with Biden’s strategy, declining to reply.

The Green New Deal
Introduced as a congressional resolution in 2019 by Rep. Alexandria Ocasio-Cortez of New York and Sen. Edward Markey of Massachusetts, the Green New Deal is a wide-ranging proposal for combating climate change that calls on the federal government to transition the country away from fossil fuels and cut greenhouse gas emissions. Supporters say that beyond combating climate change, it would create millions of good-paying jobs in clean energy industries.

During the Democratic primary, the proposal became a litmus test for candidates. Harris was a sponsor of the Green New Deal resolution and even said during a CNN town hall last year that she would consider eliminating the filibuster to pass it. Biden, for his part, declined to fully endorse the Green New Deal but called it a “crucial framework for meeting the climate challenges we face.”

During her presidential bid, Harris voiced support for a ban on hydraulic fracturing, the oil and natural gas extraction technique known as fracking, a practice many climate activists oppose.

“There’s no question I’m in favor of banning fracking,” she said during a CNN town hall event in 2019.

Biden has not gone that far, keenly attuned to the politics of the state of his birth — Pennsylvania — where the issue is linked to high-paying union jobs. Biden has proposed ending the permitting of new fracking on federal lands, but not a national ban. Trump wants no ban and has sought to paint Biden as a job killer. Pence also wrongly claimed in the debate that Biden wants to ban fracking.

“Let me be clear,” Biden said Saturday near Erie, Pennsylvania. “No matter how many lies he tells, I am not, not, not banning fracking. Period.”

“I think it has moved the numbers for sure, the repeated lies over and over again,” he said. “It’s the one thing that they’ve really stuck to and shown discipline about. The Trump campaign is so erratic on so many other things, but that’s one they’ve just continued to repeat.”

As evidence that Biden was not the threat to jobs that Trump made him out to be, Lamb pointed to Biden’s endorsement from the International Union of Operating Engineers after a local union official had initially voiced concern over Biden’s position on natural gas.

Trump has tried to portray Biden as eager to raise Americans’ taxes. The president’s 2017 tax cut ranks among the major achievements of his administration, and last week he promised a future tax cut as well, without offering details.

It is true that Biden is eager to raise taxes on wealthy people and on corporations. But he has drawn a clear line: No one making less than $400,000 will pay higher taxes, he says.

Both Biden and Harris have spoken imprecisely at various points about their plans on taxes, giving ammunition to those seeking to criticize the Democratic ticket over the issue. Harris, for instance, vowed at the vice presidential debate that Biden would repeal the Trump tax bill “on Day One,” although such a move would amount to a middle-class tax increase if the bill were repealed in its entirety with no other action taken.

But that is not Biden’s plan. Biden is proposing only to partially repeal the Trump tax overhaul. While he wants to roll back tax cuts for corporations and the highest earners, he would keep them in place for other households, including those in the middle class.

Overall, Biden’s proposals would increase tax revenue by an estimated $3.4 trillion over a decade, according to an analysis by the Penn Wharton Budget Model at the University of Pennsylvania. And 80 per cent of the increase would fall on the top 1 per cent, according to the analysis.

While Biden is not proposing any direct tax increases on people earning less than $400,000, he is proposing to increase the corporate tax rate to 28 per cent, from 21 per cent.

At the French Open, Success in New York Is Taking a Toll

Shaq Turns Back Clock, Destroys Rim In Game Vs. Gronk

Masks On in a Near-Empty Hall: Germany’s Theaters Return

Trump panned over reports he mocked US military 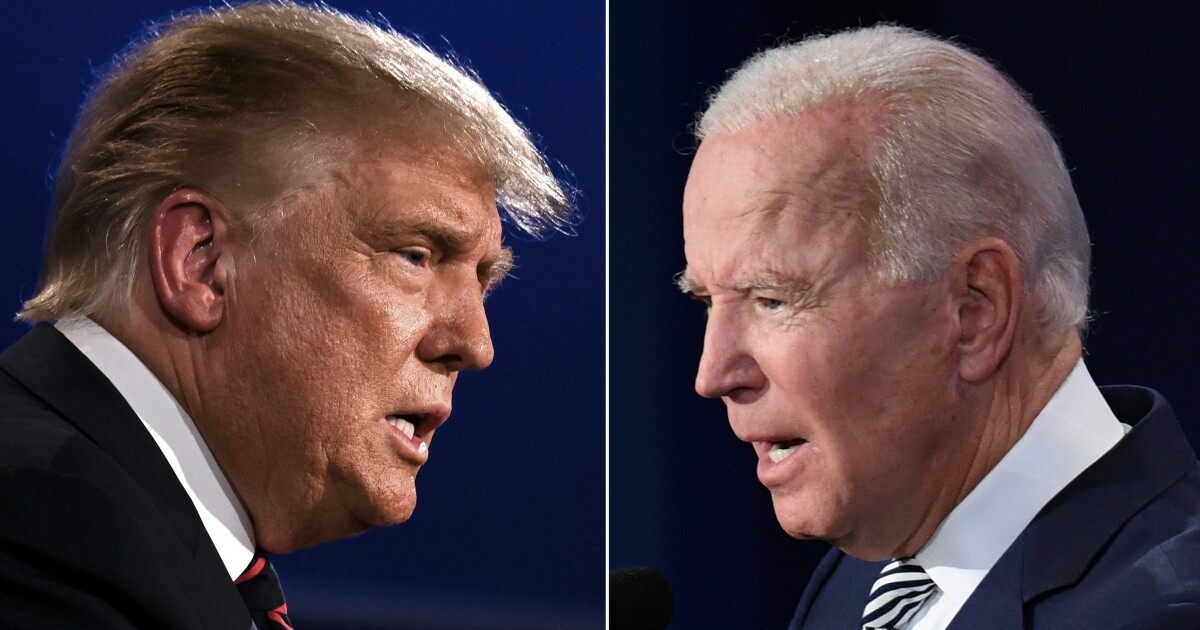