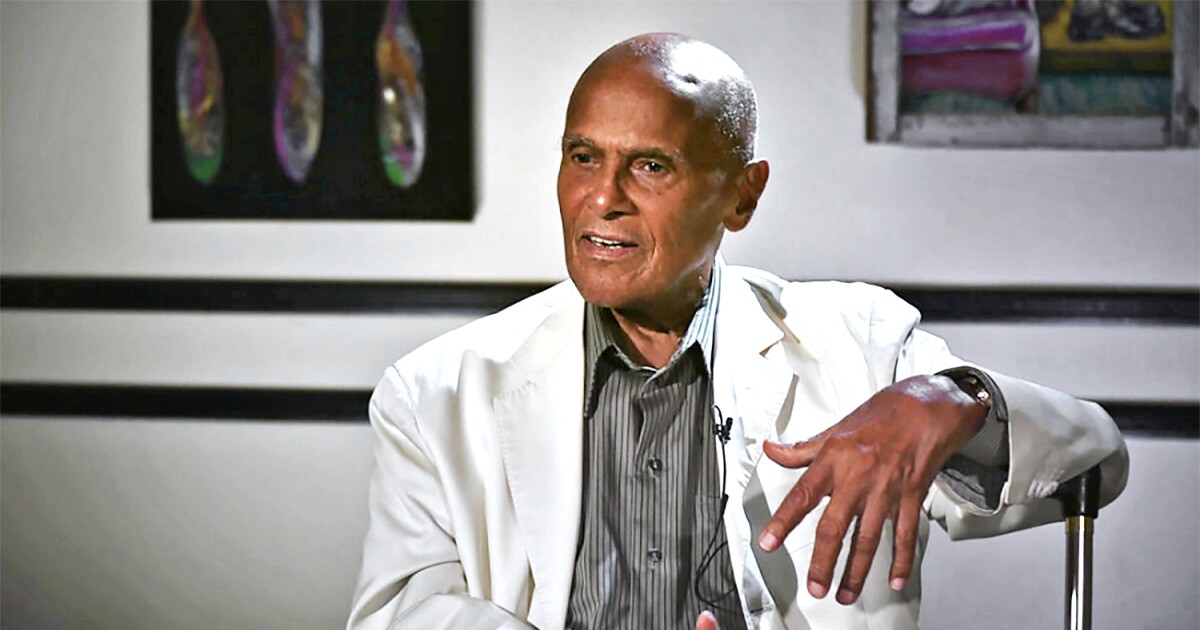 Harry Belafonte was in the news recently, when portions of a video posted online by White House social media director Dan Scavino — meant to make it look as though Joe Biden were falling asleep in an interview — were recognized as having been pulled from a 2011 interview with Belafonte instead. Twitter branded it as “manipulated media.”

This revelation prompted Belafonte, 93, to release a statement: “They keep stooping lower and lower. A technical glitch in an interview I did nine years ago now becomes another one of their lies, more of their fake news.” And he encouraged people to vote.

Now the singer-actor-activist and 20th century superstar has come into view again, as the subject of “The Sit-In: Harry Belafonte Hosts the Tonight Show,” an arresting if somewhat wayward documentary, premiering Thursday on Peacock.

Directed by Yoruba Richen, who made the excellent, evenhanded “The Killing of Breonna Taylor” episode of the New York Times-produced “The Weekly” (now streaming on Hulu), it recounts the story of how, for a week in February 1968, Belafonte hosted “The Tonight Show.” Or rather, it begins there and rambles out into the lives of its estimable host and his honorable guests — including Martin Luther King, Jr., Robert F. Kennedy, Sidney Poitier, Aretha Franklin, the Smothers Brothers and Lena Horne — and looks at the downy fantasy world of 1960s network television, the crowds marching in the streets and forward into the future. If it feels daunting to relive (again!) the traumas of that much-documented year while actually living through the traumas of 2020, this is also a portrait of human dignity, with some sweet performances mixed in.

They are not, with one brief exception, from “The Tonight Show,” however. Part of the film’s waywardness derives from the fact that very little survives from that week, owing to to NBC’s practice, up until 1971, of erasing and reusing tapes of the show. We get to see some of the King and Kennedy interviews, and a little bit of folksinger Leon Bibb singing Leonard Cohen’s “Suzanne,” at Belafonte’s own request. (He sings a few lines himself, in his nonagenarian rasp; it’s a delightful little bonus.) Some supplemental audio, recorded off the television by a private citizen, also lets us hear Tommy Smothers say of CBS, where the very popular, unusually political “Smothers Brothers Comedy Hour” ran constantly afoul of the network, “They’ve been kind enough to let us come on this show and do some of our distasteful material.” And as the show ran 90 minutes back then, that is a lot of missing talk to imagine, serious and otherwise.

Commentators, most of whom, like Richen, were born after 1968, include Robin Thede, who had a late-night show of her own; Tamron Hall, who has a daytime talk show; critic Wesley Morris; current “Tonight Show” drummer Questlove; and Whoopi Goldberg, who also had a late-night talk show for a hot minute. Fortunately, Belafonte is still around to talk about it, as striking a presence as ever; he’s abundantly in evidence here, and the film’s main asset. Seen performing in film clips and excerpts from guest appearances on other shows and his own network specials, he is charismatic, graceful, self-possessed and sexy as hell. He was past his commercial peak by 1968 — “Day-O (The Banana Boat Song)” had come out a dozen years earlier, “Axis: Bold as Love” was then on the charts — but he was perhaps something greater than a pop star: an eminence.

Lacking the testimony of regular host Johnny Carson or anyone who worked with him, we get only talking-head speculation on what he might have intended by inviting Belafonte to take over for a week. (It was “probably the most revolutionary move that mainstream television could have done at the time,” says Questlove.) It does seems likely he knew what he’d be getting; Belafonte’s civil rights activism was no mystery, and Richen provides a few clips to suggest that he had a social conscience, and admired it in others. “We just want you to be who you are,” Belafonte remembers Carson telling him.

That meant bringing “a political dimension to the evening that was not quite the ‘Tonight Show’ thing,” Belafonte recalls.

Notwithstanding the showbiz fizz that characterized “The Tonight Show,” Carson gets credit here for bringing the news into late night. (In a clip from January of that year, Carson appears as the New Year’s baby. “What can we expect from you?” asks sidekick Ed McMahon. “Well, there’s riots, brutality, poverty, sit-ins, overpopulation, famine. You want to hear the bad news now?”) Even by accident, a talk show is going to provide a window on the world, and for all the overwhelming whiteness of scripted television, talk shows were a place America got to know Godfrey Cambridge, Dick Gregory, Moms Mabley, Redd Foxx and Nipsey Russell. Richard Pryor appeared on “The Merv Griffin Show” at least 17 times in 1965 alone.

It’s true that this was the first time a Black entertainer had hosted a full week of the “Tonight Show,” or any other talk show; but, as “The Sit-In” does not point out, Sammy Davis Jr. had subbed for Carson four nights running in 1967 (and would host a full week a month after Belafonte). Belafonte and King had appeared together on Merv Griffin’s talk show that same year.

On “The Tonight Show,” King opens with a joke about the bad weather on his trip to New York, like any comic who just flew in from the Coast: “I don’t want to give you the impression that as a Baptist preacher I don’t have faith in God in the air, it’s simply that I’ve had more experience with him on the ground.”

“I’ve come to the point that I take this matter very philosophically,” says King when Belafonte asks if he fears for his life. “It isn’t so important how long you live, it’s how well you live.” He was assassinated two months later.

Kennedy (who also opens with a joke) had once been viewed skeptically by Belafonte, but by then was a committed advocate for the poor and civil rights, and an opponent of the war in Vietnam. (He had not yet declared his candidacy for president; Belafonte tries to tease the answer out of him.) “If we didn’t perhaps tell untruths about ourselves and faced up to reality,” he observes to the guest host, “then I think our country would be much better off and our people would have much more confidence in those of us who are public officials and in our government as a whole.” He was assassinated two months after King.

A small percentage of viewers reacted negatively to the political dimension; others to all the Black people. (“It has been turned into a veritable minstrel show,” wrote one.) But ratings were high and the notices were good. What set Belafonte’s week apart is that he approached it with a curatorial sense of mission: “My job was to bring the best of what Black America had to offer.” (Plus Robert Goulet, Paul Newman, Petula Clark, Buffy Sainte-Marie and Zero Mostel.) It was a remarkable collection — also including Dionne Warwick, Diahann Carroll, Bill Cosby, Nipsey Russell and Freda Payne. And it wasn’t a matter of people coming to plug their latest projects.

And, of course, it was still rare to see Black people talking with Black people on television, in a context where white people were welcome but were not the point — that in itself was a vision from the future. And yet we find ourselves in a place not far from there. Richen and her commentators address the ongoing lack of diversity in late night, as images of far-right, white nationalist rallies suddenly flood the screen. “I need to hear everybody’s opinions,” says Thede. “Black representation in late night is so important now.”

It’s a sobering coda to a largely inspiring 90 minutes.”What have we missed with trying to reach those people with our message?” Belafonte wonders. “I’m now 90 years old and I’ve been at this game ever since I’ve been a teenager.” 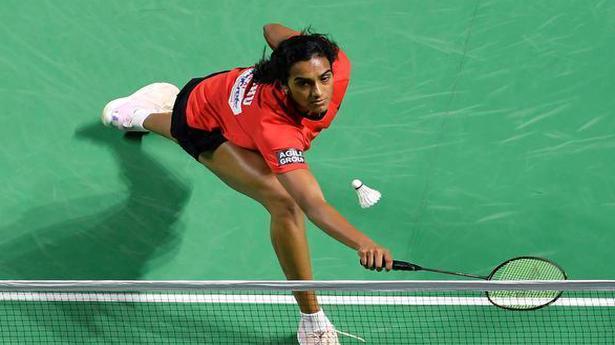 How remote areas, tribal hamlets and hill districts are coping with Covid-19 days 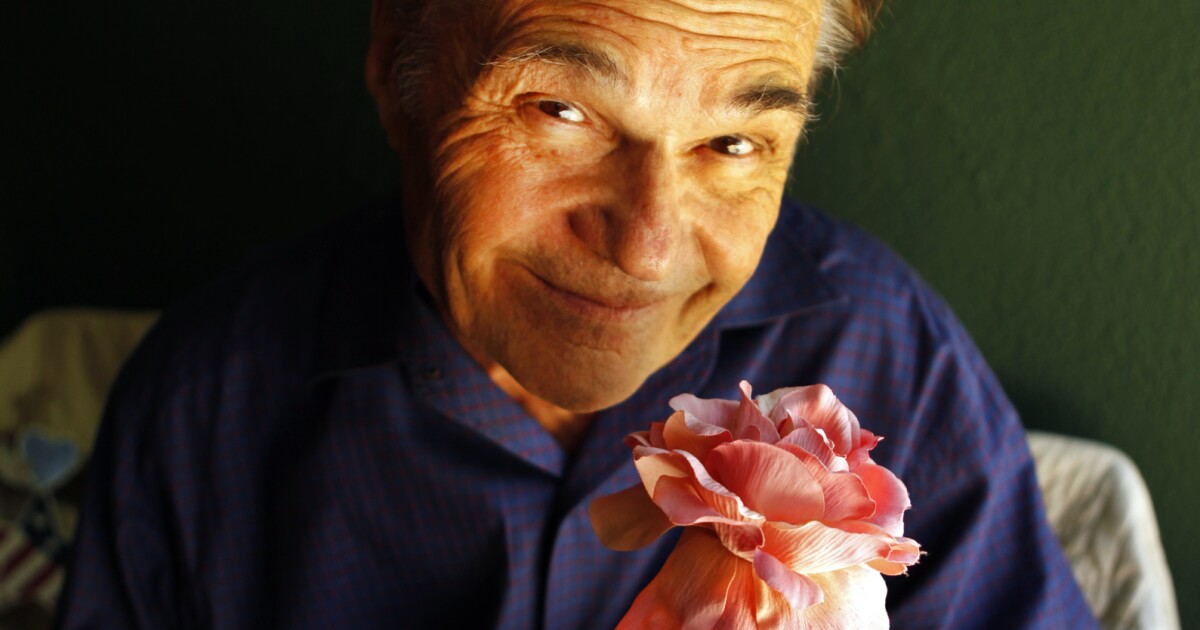 Comedians react to the death of Fred Willard: ‘Nobody funnier’ 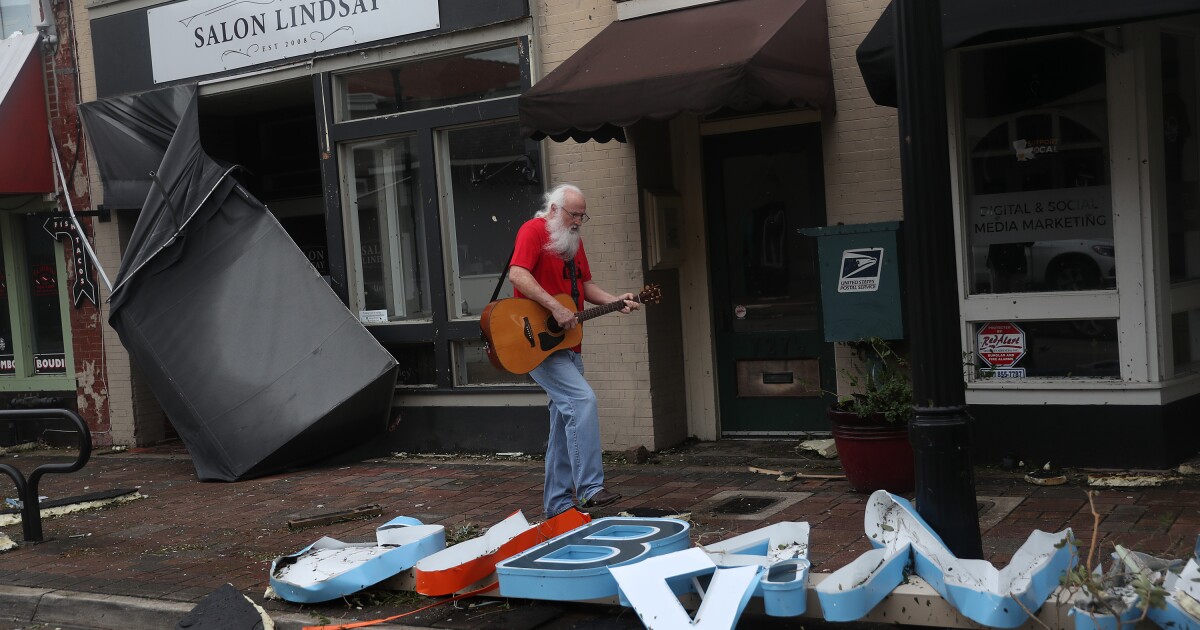