Federal health officials say an outbreak of salmonella infecting nearly 400 people in more than 30 states has been linked to red onions, and identified a California company as the likely source.

The Food and Drug Administration said in a statement on Friday that Thomson International of Bakersfield, California, has notified the food agency that it will be recalling all varieties of onions that could have come in contact with potentially contaminated red onions because of the risk of cross-contamination.

This recall would include red, white, yellow, and sweet onions from Thomson International, the agency said.

The Centers for Disease Control and Prevention says that Salmonella Newport has sickened 396 people and landed nearly 60 in the hospital. There have been no deaths linked to the outbreak, which was first identified July 10 and has since grown. The agency says the illnesses began between mid-June and mid-July.

The Public Health Agency of Canada is also investigating an outbreak of Salmonella Newport illnesses that have a genetic fingerprint closely related to the U.S. outbreak, that agency said Thursday. 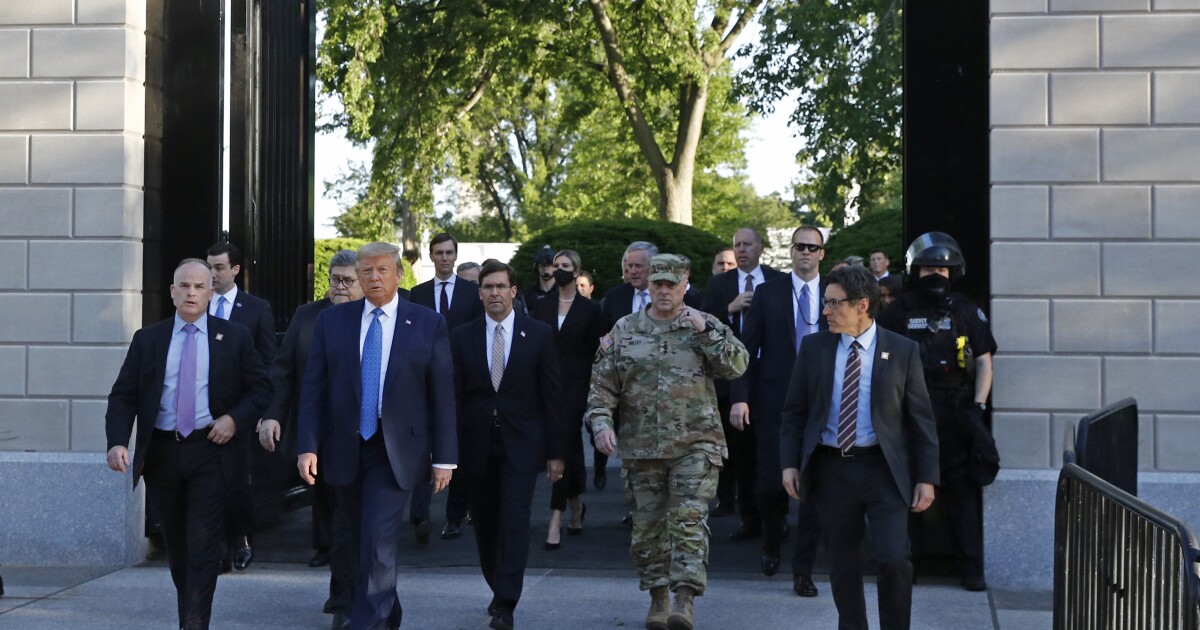 Insurrection Act: Would it allow Trump to send troops to a state over a governor’s protests?

As Coronavirus Keeps the West at Bay, China Moves to Tame Hong Kong

‘We need to talk about the money’: Leslie Odom Jr.’s ‘Hamilton’ duels, onstage and off