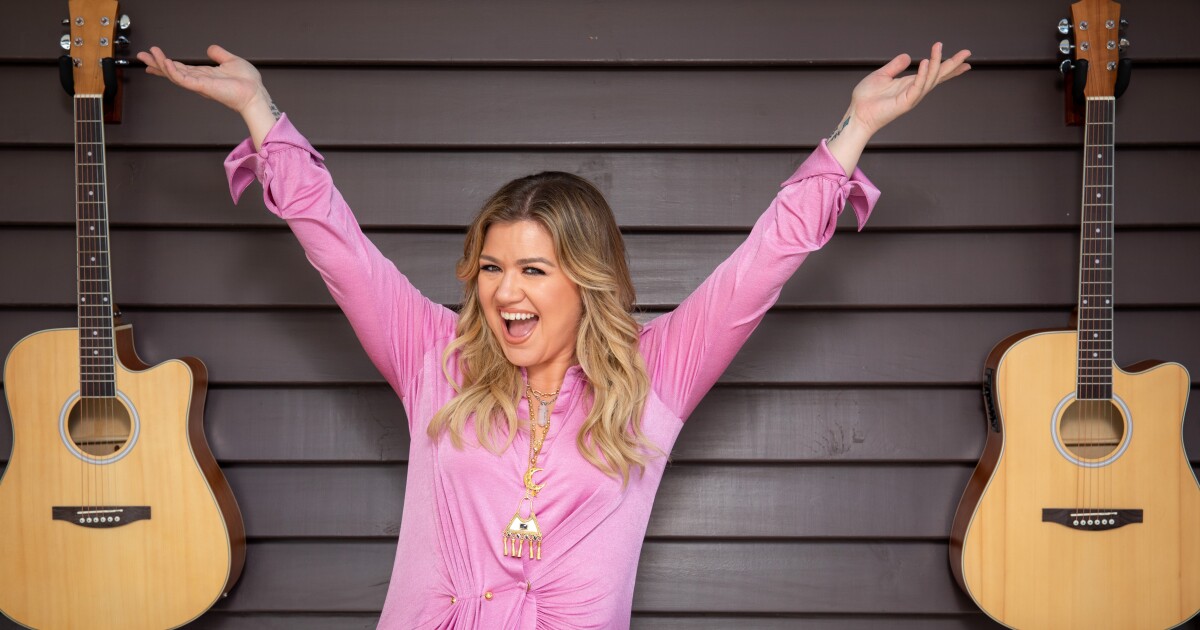 The 2020 Billboard Music Awards will finally go on tonight.

The show opens at 8 p.m. Pacific with a performance by host Kelly Clarkson and will feature performances by BTS, John Legend, Brandy and Demi Lovato, among others.

The long-delayed ceremony is taking place in Hollywood’s Dolby Theatre and will be broadcast on NBC. But there won’t be an audience during the three-hour telecast, following precedents set by a number of televised awards shows that have gone semivirtual during the pandemic.

“We do not have an audience at the Dolby,” executive producer Mark Bracco told The Times. “But we’ve created a very cool, immersive set that allows us to engulf the whole venue.”

The ceremony also will be available live on the NBC app with cable provider authentication at 5 p.m. Pacific, when it airs live on the East Coast. The show will stream Wednesday on Peacock.

This year’s crop of nominees is led by “Sunflower” singer Post Malone with 16 nominations, including top artist, male artist and streaming songs artist. He’s followed by crossover star Lil Nas X with 13 nominations and Billie Eilish and Khalid, who landed 12 nods apiece when the nominees were announced in September.

Malone, Eilish, Khalid, Taylor Swift and the Jonas Brothers are up for the evening’s biggest award, top artist.

The show honors musicians based on fan interactions with music, including album and digital song sales, streaming, radio airplay, touring and social engagement, which are tracked by Billboard and its data partners.

The prizes are based on the chart period between March 23, 2019, and March 14, 2020 — perhaps explaining why the nominees seem a bit, uh, dated given that the awards show was originally scheduled for April but was postponed because of the COVID-19 pandemic.

Biden on Assault Allegation: ‘I Wouldn’t Vote for Me if I Believed Tara Reade’

Petition Urges Trader Joe’s to Get Rid of ‘Racist Branding’

If You’re Not Eating Peeps Stale, You’re Doing It Wrong

The Drones Were Ready for This Moment

Amazon Building Its Own Lab for Employee COVID-19 Tests

Turkish Defector Says He Was Ordered to Kill Politician in Austria