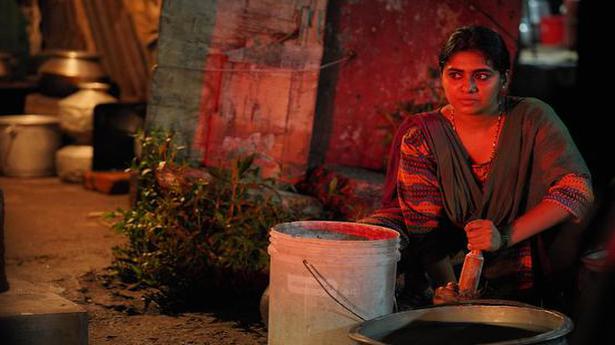 Ghar Se, a Hindi short film by an all-Malayali crew, speaks up against sexual abuse and shows the perpetrator’s mother and wife helping the survivor to bring the culprit to justice.

In the 9.32-minute-film directed by Mridul M Nair, Ambika Rao plays the mother, Nimisha Sajayan the wife and Dinesh Prabhakar the husband. Mridul, who made his début as filmmaker with the Asif Ali-starrer, BTech, says it was multiple cases and reports of sexual abuse and violence against women that made him make such a film.

“Although we had discussed the theme before BTech was released and had planned it as a short film of 15 to 20 minutes, the project didn’t take off then. It was during the pandemic-created lockdown that the team decided to go back to the script. We cut short the length and shot it with a minimal crew when restrictions were eased. It was finished in one night,” says Mridul, who wrote the story of the film. Screenplay and dialogues are by J Ramakrishna Kulur, co-scenarist of BTech.

Mridul decided to make the film in Hindi because he feels that instances of violence against women is more rampant in other States than in Kerala and so he wanted the film to have a “national audience”. The plan to cast Hindi or Marathi actors had to be dropped because of the lockdown. Thus they zeroed in on Malayali artistes who could speak fluent Hindi. While Dinesh has “a pan-Indian appeal” having acted in Hindi films and several web series, Nimisha is a Mumbaikar. Ambika, familiar to viewers as Fahadh Faasil’s mother-in-law in Kumbalangi Nights, has been “a language coach” for non-Malayali female actors in Malayalam films and an assistant director.

He points out a scene where the two women converse through old Hindi songs. “Except for the opening song ‘Aao huzoor tumko’, the other songs were decided as the shoot progressed. Those lines were perfect for the context. The actors sung it themselves as the film was shot in sync sound,” Mridul says. 
It was actor Asif Ali and his wife, Zama, who encouraged him to go ahead with the project. Their common friend, Sajin Jaffar, later came on board as the producer. Shot at a dilapidated house at Maradu in Kochi, the film has cinematographer Jomon T John behind the camera. “I was looking forward to working with Jomon chettan. It was refreshing to face the camera after a long gap and I didn’t want to miss out on being part of a project that sends a powerful message,” says Nimisha.

While national and State-award winner Vineesh Banglan has done the art direction, sound design is by State award winner Renganaath Ravee. “They all were looking forward to getting back to work,” says Mridul. Editor is Manoj Kannoth and music is by Sreerag Saji.

Meanwhile, Mridul, an actor as well, is planning to release his Malayalam web series, Instagraamam, which has been in the making for some time.

TikTok’s Rating Back to Normal as Google Removes Negative Reviews

You Now Get Almost Nothing for Your Money, but It Could Be Worse

Trump Says Virus Testing ‘Not A Problem,’ But Doubts Persist

‘Florida Is a Terrible State to Be an Unemployed Person’