You might not know who Natalie Taylor is, but, if you’ve been on TikTok, you likely know the haunting melody of her song, “Surrender.”

The song — which is most recognizable by its emotional refrain “Whenever you’re ready, whenever you’re ready / Can we, can we surrender? — has been widely used on the platform for months. It saw a meteoric rise around the start of the coronavirus pandemic, and as of Friday morning there were more than 1.7 million videos using the audio.

While songs like “Say So” by Doja Cat or Megan Thee Stallion’s “Savage” are used on the platform alongside a specific dance, “Surrender” plays by different rules. The song has become a catchall for any video demanding an emotional response from the viewer. In scrolling through the song’s various pages on TikTok’s search tool, there’s no one type of video that consistently uses the song: It’s been used in tales of animals, people overcoming cancer, pregnancy announcements, stories about breakups or grief — and, of course, there’s even been a challenge.

POV: You just found out your child will have Down Syndrome. He’s my greatest joy. ♥️#TheSongOfUs #love #nothingdownaboutit #fyp

After hearing it in video after video, I kept thinking that it felt familiar ― like I’d heard it somewhere before I saw it on TikTok. I did some digging and found that the song had previously appeared in a romantic scene in “Jane the Virgin.” The CW show, which went off the air in 2019, hadn’t featured the song recently; “Surrender” appeared in an episode from the show’s second season all the way back in 2015.

So, how the hell did a 5-year-old song become one of the biggest songs on TikTok? Well, turns out the song’s writer doesn’t know either.

“I’m still not exactly sure how it got to be as big as it is. I think it was the right song at the right moment, and then influencers and different types of people started using it and it just spread,” Taylor told HuffPost, after saying she uploaded the song to TikTok herself a few months ago and then “didn’t think much about it” until she noticed “a spike in streams.”

The song currently has more than 60 million plays on Spotify and has been featured prominently on the Pop Rising playlist created by the service. YouTube even featured Taylor as an “artist on the rise” in mid-May, coinciding with the Alabama native’s release of the song’s remix with Martin Jensen.

TikTok could not identify the first video to have used the song, but the platform identified two videos that helped it become so popular on the app. TikTok’s director of communications Leah Linder said the video seen below, which is actually influencer Savanah Moss’ ad for Fashion Nova posted at the end of March, “helped push the trend” forward.

Moss told HuffPost she used the song in her video because she felt it expressed that “need to surrender the feelings of worry about what other people think, and just let go so you can grow as an individual.”

“The song really appeals to people’s emotional sides and that is another reason why I think that the song/my video was successful,” she said.

Linder also noted that this video of dogs trying to “wake up” their owner Keith Vanke from early April kept the “momentum” started from Moss’ post going.

Vanke fully admitted he chose the song for the emotional response it elicited, citing the “lyrics and the pure sadness behind it.”

“After I put this song to the video I watched it back and I’m not going to lie I actually kind of [teared] up watching it just because of the reaction of my dog and the sadness behind the song,” he told HuffPost. “I knew it was a sad video but I had no idea that it would go viral like it did.”

While videos like Moss’ and Vanke’s are clear (and partially fictionalized) attempts to tug at viewer’s heartstrings, the lyrics of the song aren’t based on fiction at all.

The song features Taylor singing, “No one will win this time / I just want you back / I’m running to your side / Flying my white flag, my white flag / My love where are you?” which she says is about her and her husband.

“Before we got married, my husband and I were speaking with someone, and they said, ‘There will come a point in marriage, about five years into it, that you will look at each other and not recognize who the other person is,’” she told HuffPost.

“We were like … well, isn’t that encouraging!” she said. “Sure enough, around that time, it happened. We looked at each other and realized we had both changed so much ― we just weren’t the same people.”

Taylor said that moment, in 2015, was when “Surrender” was written and that it’s “about coming back together, despite the changes, and accepting each other as you are, and working through any and everything.”

“It’s not about who is right or wrong, it’s about surrendering to each other,” she said.

Of how the song has taken on a new life on TikTok, Taylor says it’s “truly wild” and that she’s simultaneously been overwhelmed with emotion and “so thankful to be a part of their story.” She also remarked at the song’s ability to fit in such a wide range of personal stories, sharing that she’s “constantly surprised at how the song works as a soundtrack to so many different situations.”

“Sometimes I’ll be skeptical when I first start watching, but by the end I’m like ‘OK, this horse-tail-braiding video is everything,’” she said.

Steffann Kerpan, seen in the video above about having a child with Down syndrome, echoed Taylor’s sentiments on the versatility of the song.

“It can often take time for people to come around to the idea that maybe their life will look a little different than what they had imagined. But ‘whenever you’re ready,’ as the lyrics say, you get a glimpse into just how beautiful life will be,” she told HuffPost of why she chose to use “Surrender.”

Paige Robison, who posted a heartfelt video of her husband repeatedly crying about how much he loves his daughter with the song, added that the “slow beat” and “deep lyrics” render it “close to impossible not to shed a tear” while listening to.

“That song pulls at your heartstrings,” she told HuffPost, adding: “I’d say it’s in the top 10 most popular songs on TikTok right now.”

it’s been almost 10 months and he still cries because of how much he loves her. 💗 #fatherdaughter #love #baby #father #fyp #foryoupage #dad

Then there’s Bryan Martin, who cited a video he made with the song as the catalyst for creating a community he’s cherished during the pandemic. Martin told HuffPost that after being stood up on his first date (via Zoom) after losing his partner, Clayton, last year, he decided to share his story on TikTok because he was certain that “someone else out in the world feels the way I do.”

In searching for the right song to pair with his story, Martin came across “Surrender” and said it jumped out to him because the lyrics made him think of Clayton.

“It just really fit, but it also fit with the fact that I know that there’s gotta be somebody out there for me. I’m just giving it up to the universe to bring me along the path and help me find my happiness,” he said.

“One thousand hundred million percent the reason that I have the following I do right now is because of that video,” he said, adding that the video propelled people on TikTok to want to talk him on Zoom.

He then organized a Zoom call with fellow TikTok users and more than 200 showed up to chat.

“All of these people that don’t know each other just coming together to really support everybody in a time where we all feel so lonely and I just couldn’t believe it. I felt just so much gratitude,” he said.

Taylor says she’s “thankful” and “honored” for her “music to be a part of their lives during this crazy time,” and added that she gets messages often about how the song has changed people’s lives.

“But in reality,” she said, “These stories are also changing mine.”

‘Insecure’ Fans Rejoice, The HBO Series Is Renewed For Season 5 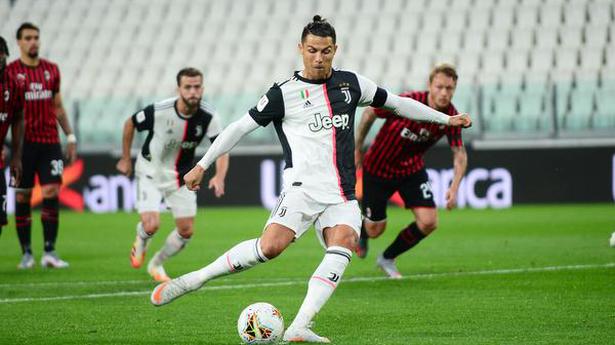 A Push to Return U.K.’s ‘Motor City’ to Its Cycling Roots