Every year, on 21 November, the sun sets behind the mountains of Tromsø in northern Norway, and doesn’t reappear for three months.

During this long Polar night, or mørketid, the temperature hovers around freezing, and blizzards occur more often than not.

When the sun finally reappears on 21 January, the inhabitants celebrate with a festival called Soldagen, drinking hot chocolate and munching on a solboller – literally a “sun bun”.

After contending with all that darkness, you might expect the region’s music to be downbeat and melancholy. Instead, acts like Royksopp and Lene Marlin compensate for the climate with music that’s warm and euphoric.

Now we can add Dagny to that list. The singer’s debut album Strangers/Lovers deploys all of pop’s most surefire adrenaline activators: double handclaps, backing vocals that go “hey!“, and that “whoosh” noise that often ushers in a chorus.

Combine those with more hooks than an angler’s rucksack, and Strangers/Lovers emerges as one of 2020’s most assured debuts.

But it took almost 15 years to get to this stage. At one point, Dagny even gave up music and enrolled for a degree in digital media design – until fate intervened…

Dagny Norvoll Sandvik was born in 1990 to a distinctly musical family. Her mother is vocalist Marit Sandvik and her father is respected jazz guitarist Øystein Norvoll – but she wasn’t always destined to follow in their footsteps.

“I wanted to be a football keeper and then an astronaut and an archaeologist,” she says. “That was the kind of stuff I dreamed about, because music was always there, within reach.”

In fact, she was so disinterested that she almost failed her high school music class, until a songwriting assignment forced her to focus.

“Because I clearly was horrible at music at that time, I was put in the same group as the two girls that never showed up for school. We were supposed to perform our song on a Friday, and by Thursday morning I still hadn’t heard from them, so I was forced to sit down and write something. I only knew about four chords in the guitar but, let’s be honest, in pop music you can get away with four chords.”

The song she came up with was an acoustic ballad called Silence, whose opening lines, “It’s quiet / It’s Friday“, reflected just how late she’d left her homework. But when she performed it, everything changed.

“I guess the teacher saw something – or maybe he was just surprised that I sang at all – but he started putting me up for small shows around town.”

After building up a reputation locally, Dagny moved to the UK in 2012 to be with her then-boyfriend, Richard Craker. Together, they played the small club circuit, and released a handful of songs (only one, Looks Like Rain, remains available on streaming services).

But by 2015, “it felt like things weren’t really going anywhere”, says the singer. She enrolled in university and spent six months studying. In the summer holidays, she recorded a single called Backbeat, whose pounding indie-pop vibe was a world apart from the folksy material she’d released in the past.

“I guess what happens is that you loosen up a little bit,” she says. “We decided to do an EP without really putting too much thought into where it was going to lead us – but just more because it was fun and we wanted to just be in the studio and play music together.”

She’d planned to release it the following February. Then, one Friday in September, a call came from Los Angeles, saying “Zane Lowe wants to premiere your song on Wednesday”.

“At that point we hadn’t even mixed the song, we had no artwork,” she recalls. But the opportunity was too good to ignore. Five days later, Dagny and her band crowded around a speaker to hear the song’s radio debut.

“We were cheering with a bottle of Prosecco – and then when it was done, everyone looked at each other and I said, ‘What happens now?'”

What happened was the song ended up being highlighted on Spotify’s New Music playlist. Within three days it had 300,000 plays. “A week later, we were suddenly being flown out to Los Angeles and New York to do showcases and meet labels,” the singer says.

“Everyone was saying it just happened overnight – and in a way it did – but in my world, it was almost like I’d come to the end of my musical journey. And it was only really the very start.”

Dagny signed a deal with Republic Records, home to Ariana Grande and Taylor Swift, and released a number of well-received singles. But frustratingly, her momentum seemed to stall.

“I was living in Norway and I guess the distance made it a little bit tricky,” she says. “Things were moving very slowly and I’m a pretty restless person. I didn’t want to stand still and feel like, you know, there had to be eight months between every time I release a song.”

When Republic implied that they weren’t prepared to make an album with Dagny, they decided to part ways. Her debut is now being released on her own label, Little Daggers, a situation she relishes.

“I wanted to learn to make decisions on my own and stick with them. And I wanted the songs to make me feel something, regardless of whether they were radio friendly,” she says.

As she was recording the album last year, her profile got an unexpected boost when Katy Perry picked up one of Dagny’s Republic singles, Love You Like That, and used it as the basis for her comeback song Never Really Over.

“It was surreal,” she says. “I grew up listening to I Kissed A Girl and Teenage Dreams and all of that – so I barely believed that this was actually going to happen.”

Despite her contribution, she didn’t even get to hear Perry’s song before it was released. “But I remember thinking it really suited her, and I was excited just to be a part of it”.

Courageously, she’s decided not to put Love You Like That on her debut album, reasoning that it doesn’t fit with the overall narrative – a story of falling in love, settling down, breaking up and moving on.

The first two songs, Come Over and Somebody, capture the rollercoaster rush of attraction. Late, on Paris, she describes a more domestic scene: “We could eat croissants in bed / And spend a Sunday afternoon / In our tiny living room.”

“That’s the biggest love song of them all,” says Dagny. “It’s not about going to fancy places or eating fancy things. It’s like, I could just sit here with you and watch television and eat crappy frozen pizza, and I’d still feel equally happy.”

The second half of the record was “more challenging” to write, she says, because the emotional whirlwind of a break-up is so much more complex.

“You can feel grief, or frustration, or regret, or bitterness, or even joy sometimes. It can be so many things. Writing that second half, I had to kill so many more darlings than on the first.”

In fact, Dagny says she “could probably have made four albums for each side” of the record, with more than 200 songs left on the cutting room floor. But she’s happy it’s finally out in the world, after such a long struggle to get it made.

Will she be celebrating the premiere with another bottle of Prosecco?

“Absolutely. I may actually do two or three. You only release your debut album once – so I’m going to enjoy it as much as I can.”

How Scientists Are Studying Diseases in Animals in the Himalayas

Oppo A6 May Launch in India as Successor to Oppo A5 Next Month: Report

Apathetic to my situation: Costa Rica’s Johnny Acosta lashes out at East Bengal after ending association

US banks can be ‘heroes’ in the coronavirus crisis, fund manager says 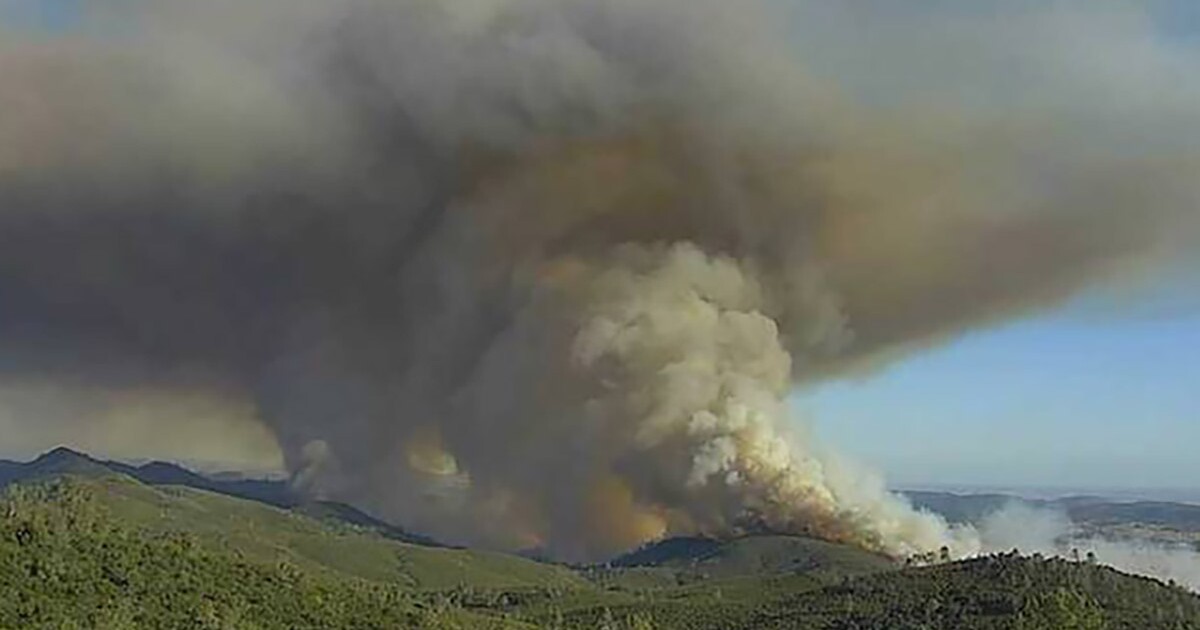