The government can raise funds of around Rs 1.75 lakh crore via PSUs in this fiscal without fiddling with fiscal deficit or selling PSU equity for which there are anyways limited takers, claimed N Jayakumar, MD, Prime Securities in a recent interview with ET Now.

“We in Prime Securities are talking about capitalising the reserves and issuing debt as opposed to equity to the stakeholders,” he said, explaining the concept of PSU bonus debentures.

When it comes to underleveraged AAA companies, there is enough headroom to reduce reserves while increasing debt without affecting ratings. “If you add up what we have recommended across 13 companies, we come to around Rs 2.5 lakh crore or $32.5 billion and issuances worth that can happen,” said Jayakumar.

As govt holding in PSUs is around 60 per cent, approximately Rs 1.5 lakh crore becomes income that “reduces fiscal deficit” as the debentures can be sold off easily. The other side of it is shareholders becoming the recipients of the rest 40 per cent – Rs 2-2.5 lakh crore of debt instruments. This ushers two income routes for the govt – direct receipt of Rs 1-1.5 lakh crore and tax of 25 per cent – generating around Rs 1.75 lakh crore for this fiscal.

“This is a useful way to juice out efficiencies from PSU by doing nothing. There is no regulation change, no tax change,” said Jayakumar, adding that banks and overseas institutions are “hungry for AAA assets and debt assets.”

This in turn serves another purpose – it helps the corporate debt market become more liquid and also more efficient as a method of parking money for banks. Not to mention, bonus debentures have been used in the past by the likes of Dr Reddy’s, Britannia, Hindustan Unilever and NTPC.

“The bonus debentures is a concept used by private equity guys the world over use… This is an international concept and I personally believe the government would find itself on the front pages of Wall Street Journal and New York Times for just looking at a corporate finance solution to a problem that seems absolutely unable,” said Jayakumar.

Jayakumar termed bonus debentures the low-hanging fruit that people have not caught on to.

“This is a smart way of generating income and I am not even saying what should happen to this money once they raise it. But literally the entire Rs 1.5-2 lakh crore can be monetised within three months,” he said. 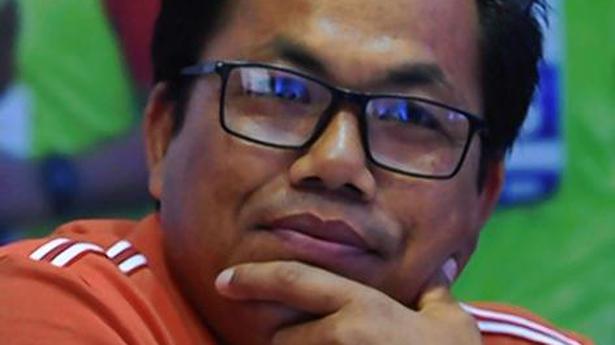 U.S. moves toward a slow reopening during coronavirus

URSULA VON RYDINGSVARD: INTO HER OWN is pandemic comfort via wood art

What’s on TV Monday: ‘I May Destroy You’ and ‘Love Island’